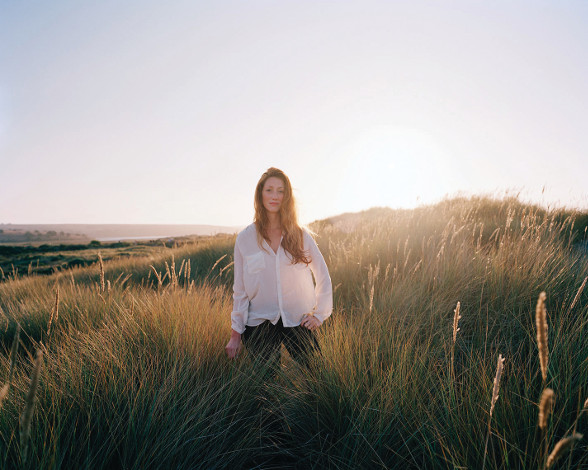 Beginning in the 1930s, California granted leases for private companies to raise oysters in Drakes Estero, an inlet within Drakes Bay located about 30 miles north of San Francisco Bay. In 1972, the National Park Service bought much of the land around Drakes Estero, and Johnson Oyster Company signed a 40-year lease to continue farming oysters there.

By the 1990s, many people who lived in the area considered Johnson Oyster Company something of a nuisance (litter from the oyster operation) and a hazard (sewage from mobile homes the company leased to employees), and the park threatened to suspend the lease. The Johnson family sold out to Kevin Lunny, who lived in the area and had grown up watching oystermen bring oysters in from Drakes Estero.

In 2012, the 40-year lease expired, and the U.S. Interior Department announced that it would not renew the lease with Lunny’s Drakes Bay Oyster Company. And then all hell broke loose.

“Right away, I thought it was like a movie,” says Summer Brennan, who became a reporter at a local weekly as the dispute began heating up. “I felt like there was something underneath the controversy. What really struck me was the incredible passion of the people involved; it was so vicious and so important to people, and that’s what I wanted to understand better.”

The story grew curiouser and curiouser, and Brennan expanded her reporting into her new book, The Oyster War: The True Story of a Small Farm, Big Politics, and the Future of Wilderness in America. The book depicts a clash of interests and personalities—environmentalism vs. small business, big government vs. the little guy, public enjoyment vs. private use—that do not lend themselves to easy identification of good guys and bad guys.

Brennan, 35, grew up nearby in Nicasio and Forest Knolls, but the conflicts between the park and the oyster farm were lower-grade disputes when she was a kid, and she was barely aware of them. “There were issues with litter from the oyster farm inside the park when I was a kid,” she says, “but I didn’t know anything about it.”

The reporting work that led to The Oyster War was both a homecoming and an opportunity for her to see global issues like sustainable farming and habitat preservation played out by real people on a familiar stage. Brennan had mostly been away since graduating from high school. She went to Bennington College in Vermont, worked abroad in Pakistan and elsewhere, and lived most recently in New York, where she earned a masters in journalism at NYU and worked for the United Nations.

“In 2012, I got offered a job as a reporter,” Brennan says. “I was just calling—it was my hometown paper—to see if they would accept freelance pitches. I looked at the website and read some recent stories, and I was really impressed by it. I just wanted to write some environmental stories, and the editor offered me a job. I thought that would be a good opportunity to go back home.”

Drakes Bay Oyster Company was a dot of commerce in the Point Reyes National Seashore, a sprawling, 70,000-acre nature preserve that was designated in the 1960s to protect the area from commercial and residential development. Although the oyster company’s owners knew when they bought the company in 2004 that the lease would expire in 2012, California had been granting leases and supporting local oyster farmers with research and technical assistance since the 1930s.

Brennan says she saw the conflict as one between two sides with reasonable arguments but that she ultimately came down on the side of environmentalists who thought that a large commercial operation with a history of pollution was out of place in an otherwise pristine nature preserve. After two years of litigation, Drakes Bay Oyster Company shut down operations in 2014.

“The owners of the oyster farm had a 40-year lease, which had the potential for renewal but not the promise of renewal,” Brennan says. “People thought agriculture—an oyster farm—didn’t belong in a wilderness area. Oysters have gone hand in hand with controversy for a long time.”

Scott Porch is an attorney and contributes to Kirkus Reviews and The Daily Beast. He is writing a book about social upheaval in the 1960s and '70s.