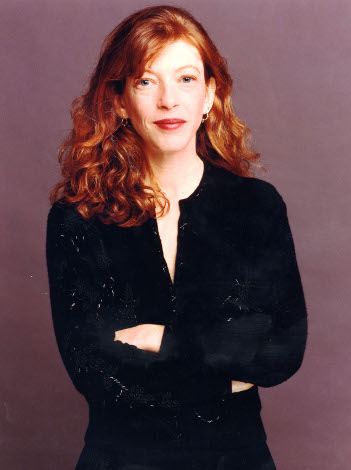 Having written more than a few of them herself, Susan Orlean is not the kind of person who easily leaves a bookstore or book sale empty-handed. And as for libraries—well, she’s been a lifelong bibliophile and library addict since childhood, inducted by her mother into a magical place where books were hers to be had for the asking, taught to be a reader with her mother’s endless encouragement, for which she remains grateful to this day.

So it is that Orlean’s new book is called, simply, The Library Book. Yet the title is about the only simple part of a story that, like Orlean’s best-known book, The Orchid Thief, begins on an offbeat note and goes into realms that become ever less familiar as it moves along.

That’s by design. As Orlean tells Kirkus, one thing that motivated her to write about libraries in the first place was a desire to acknowledge the emotional import of books, and of family, of parents who care enough for their children to introduce them to reading and the world of books and writing in the first place. The other, she is quick to add, is just as personal. “As a writer,” she says, “I love writing about places that seem obvious to us, but that it turns out we really don’t know very much about. The library is one such place, and it seems obvious and ordinary—you know, it’s where they keep all the books. But a library is so much more than that.”

Indeed, and particularly the library Orlean chose to profile at length, the imposingly beautiful central branch of the Los Angeles Public Library, a citadel of learning midway between Union Station and the Staples Center in a downtown that was once nearly abandoned but that has since been rediscovered. Visiting there from her home alongside the Hudson River, Orlean, a longtime New Yorker staff writer, was surprised when Ken Brecher, the director of the Library Foundation of Los Angeles, while giving her a tour, paused, opened a random volume, and remarked, “You can still smell the smoke in some of them.” He didn’t mean that patrons used to smoke inside the library, but referred instead to the conflagration of April 29, 1986, when more than a million books went up in flames.

“I was stunned,” Orlean says. “With all my love of books, why hadn’t I heard of this before?” The answer, as she learned by turning to back issues of the New York Times, is that the front pages that very day were occupied by more fraught news from afar. As she writes, “The biggest library fire in American history had been upstaged by the Chernobyl nuclear meltdown. The books burned while most of us were waiting to see if we were about to witness the end of the world.”

Intrigued, Orlean began to look into the story, and as with The Orchid Thief, that story got more complicated at every turn. The fire, it turns out, was no accident, and suspicion for the spectacular act of arson fell on a very LA-ish kind of person, a handsome young man who failed as an actor but was very good at serial confabulation—and less so at providing a convincingly consistent alibi. The young man’s legal troubles melded into personal ones that would lead to an early death, but they seemed of a piece with the place and time—and, in an odd way, recapitulated the “big swashbuckling life” an early booster of the library had carved out for himself, setting the very notions of the California Dream in motion.

Not a bit of that story ended happily, but Susan Orlean finds plenty of reason to celebrate libraries all the same as she recounts the Los Angeles Library’s darkest hours. “They’re one of the few parts of our society that are truly inclusive and welcoming,” she says, “and that’s something to be proud of. Libraries collect stories, as families do. They preserve memories and pass them along, again, as families do. They’re ordinary places—but extraordinary, too.”