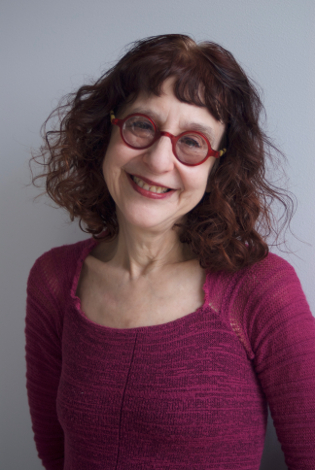 Susie Linfield traces the desire to write her new book, The Lion’s Den: Zionism and the Left from Hannah Arendt to Noam Chomsky, to the painful tension between two formative experiences in her political and intellectual development of the last two decades.

The first was her study, for her 2010 book The Cruel Radiance: Photography and Political Violence, of the great left-wing photographer Robert Capa. Like many European and American leftists of the mid-20th century, his lefty politics co-existed harmoniously with support for the establishment of a Jewish state in the Middle East. This was surprising to Linfield, who hadn’t been a close student of Israel and the left before she began researching The Lion’s Den, but upon further study it made sense.

“That earlier left grew out of the struggle against fascism,” says Linfield, an associate professor of journalism at NYU. “It saw Israel, which was built primarily by socialists, as an extension of the left-wing project.”

That might have been the end of it, for Linfield, but then 9/11 happened, and with it an upsurge in the broader American discussion of policy and politics in the Middle East, which inevitably led to more public debate and discussion about Israel. Linfield became sensitized, in a way she hadn’t been before, to the degree to which left-wing perspectives on Israel had shifted.

“The left today is very anti-Israel,” says Linfield, “and sees it as a colonial enterprise, which reflects in part a shift in the left itself, from defining itself mainly as anti-fascist to mainly anti-imperialist.”

The Lion’s Den is Linfield’s effort not just to track that shift, but to understand the irreducibly complex role that Israel has played in the politics and psyches of some of the more brilliant leftist thinkers of the 20th century. It does this through intellectual profiles of eight writers, including Hannah Arendt, Isaac Deutscher, Albert Memmi, and Noam Chomsky, with an implicit emphasis on the ways in which their perspectives don’t always map easily onto contemporary arguments over Israel and Palestine.

Perhaps the best example of this complexity, in Linfield’s book, is the now 98-year-old Memmi, born in Tunis to a Tunisian-Jewish mother and a Tunisian-Italian-Jewish father. He is someone, she writes, who has been able to live sensitively with complexity and contradiction to a degree that is rare in any human being, much less someone immersed in the hotly polarized debate over Israel and Palestine.

“I admire Albert Memmi so much,” Linfield says. “He is Tunisian. He is Arab. He is Jewish. He is French. He was a firm advocate of Tunisian independence, but was also able to see clearly what Tunisian nationalism has ended up meaning for Tunisia’s Jewish community, which had been there for over 1,000 years. He is both an ardent anti-colonialist and a firm Zionist, and regards that as morally and politically consistent. For him, Jewish self-determination is no different from that of any other people.”

If there’s a villain in the book, it is Noam Chomsky. Linfield gives Chomsky his due; in the early years of his writing on the conflict, she writes, he was

prescient in many ways. After about 1980, however, she sees him descending into a flight of wishful thinking from which he has yet to emerge. The forensic analysis that Linfield conducts of this descent is devastating. It is also perhaps the best example of what her book is working against.

“The Israeli-Palestinian conflict is particularly prone to extremely reductive thinking,” she says, “to analogies that makes no sense, to metaphors that aren’t true, to the evasion of reality. We need to look at the actual history, players, and debates. We need to stop talking about South Africa; it is not South Africa. It is not about imperialism and anti-imperialism. Those ways of framing have really, really crippled the debate, and therefore crippled any realistic chance of putting forth any possible solutions. We have to look at the reality and not just impose our wishes and wish fulfillment. My book is a plea for the reality principle.”

Daniel Oppenheimer is the author of Exit Right: The People Who Left the Left and Reshaped the American Century.