The Joys of Romance (and Representation) 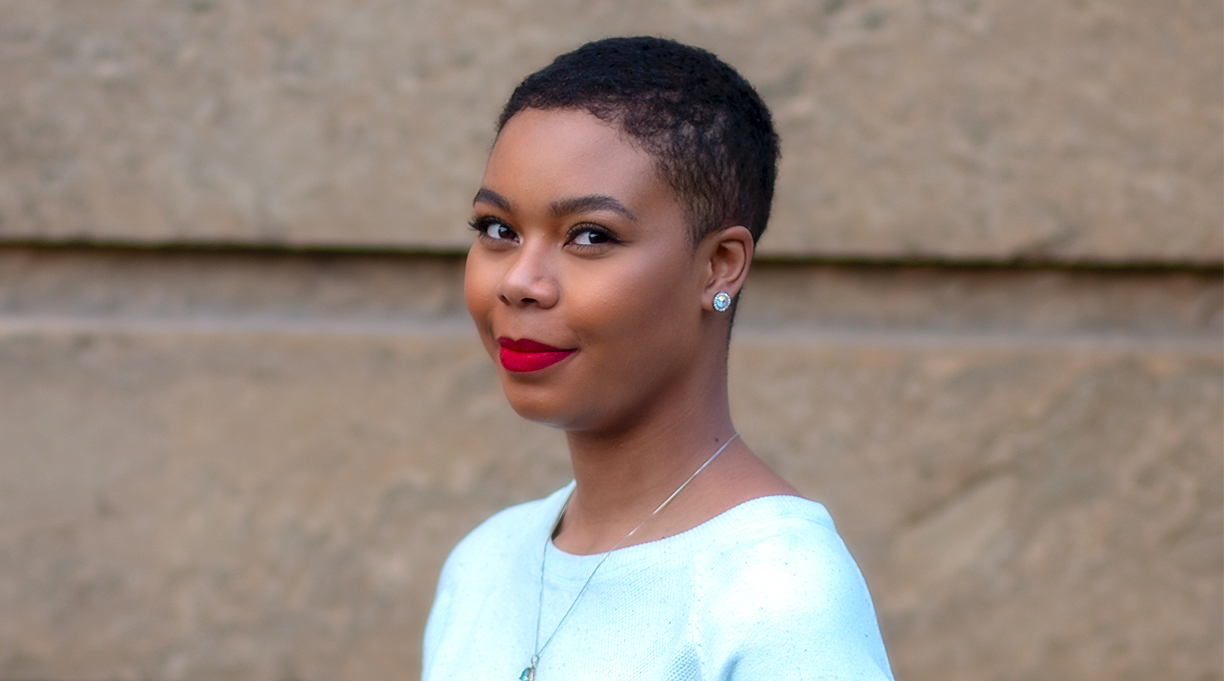 Talia Hibbert is a romance prodigy. After self-publishing 10 books during her last year of college, she realized she had what it took to write full time. A few months—and several books—later, she was signed by Avon for her warm, exuberant Brown Sisters series of romantic comedies. In the final installment, Act Your Age, Eve Brown (Avon, March 9), impulsive Eve finds herself working as the cook at a bed-and-breakfast in England’s Lake District because she hit the owner, Jacob, with her car and broke his arm following a disastrous job interview. As our starred review says, “Hibbert has a gift for writing truly funny dialogue and genuinely tender emotional moments. Full of heart and humor, this is a sexy, satisfying end to a beloved series.” Hibbert spoke over Zoom from her home in Nottingham, England; the conversation has been edited for length and clarity.

The Brown sisters are Black, and your other characters come from many different backgrounds. Eve and Jacob both have autism, and Eve’s sister Chloe has fibromyalgia—both experiences you share. Why is it important to you to have all these elements in your books?

There have been a lot of times—especially when I was younger and I could only get romance from the library because I wasn’t supposed to be reading it, so I couldn’t ask my mother to buy it for me—when I had a very limited range of books to choose from. And as a result, I was never reading people who reminded me of myself. And sometimes they would say negative things, and I’d be like, Oh, you’re talking about me. So I definitely wanted to write romance novels that captured the experience I had when I was able to buy my own books and choose to read ones that did reflect myself. I’d think, Oh, this is all the joy of romance with the joy of being represented as well. That was always a really special experience for me, so I wanted to contribute to that with my books. And then also, when you’re marginalized in more than one or two ways, people act like you can’t possibly exist, or like your existence is some kind of gimmick. Or like you’re being obnoxious for being Black and disabled at the same time, or whatever. So it’s always important to me to show that actually, no, it’s completely normal for people to be many different things at once. Because that’s the life I live in. It reflects a lot of people I know. And so I just want to put my perception of the real world into my books.

You published your first romance when you were just 21. How did you get into writing romance?

I started reading romance when I was 12. I discovered it by accident at my local library, and then I was hooked. I’d always wanted to be a writer, just because I loved reading so much—it seemed like the natural thing to do. But it wasn’t until I seriously thought, OK, I need to actually get a job. I was in the last year of my degree, and I knew that I needed to try something before I graduated and was kind of thrust into the working world. Writing seemed the obvious thing, and automatically I knew that I would need to write romance just because that was what I love the most.

You were trying to avoid getting a job?

Yeah, exactly. Because I have a disability and I had had jobs and experienced firsthand how difficult it is to get a job when you’re disabled. And I was like, OK, best-case scenario would be working for myself, though obviously, that’s very risky. I was living at home while I was at university, and I had my student loan, and my grandmother had passed away and left me some money. So I was like, This is the best position I’m ever going to be in. I’ll just give it a go. And I started writing romance novellas and self-publishing them. I just kept going.

So you started writing while you were still in college?

I published my first book in August before my last year. I was sort of triggered by my grandmother passing away on Aug. 27. She was inspirational to me, a big figure in my life. So that was what made me take these thoughts I’d been having and be like, OK, we’re doing it. So that’s when I started writing. It was a very short book, and I did it all in a bit of a panicked rush.

Your grandmother died on Aug. 27th and you published your first book in August? That’s like four days later.

You published a lot of books in that first year, right?

I think I published 10 books in that first year. Not all of them were full-length novels. I started small and then with every book I got a bit bigger as I became more confident. So there are novellas, then some category-length novels, about 50,000 words, and then some full-length novels. I was trying to release a book a month because I’d read somewhere that that was great for increasing your readership, and I was kind of desperate to make it work in this one year that I’d given myself. And because I was studying at the time, it was actually great for writing because I never wanted to do what I was supposed to be doing so I was going to write instead.

Now that you’ve had three books published by Avon, are you still planning to self-publish, too?

I really like self-publishing, so I definitely intend to keep doing it. I feel like some of my ideas are more suited to self-publishing, and some of them are best for traditional publishing. But I like being able to just get a weird idea and put it together how I want to and throw it out and be like, If you’re into this, go for it.

What’s the difference between a self-publishing idea and an Avon idea?

I feel like Avon and a lot of big publishing houses want stories with plot and hooks and things like that, which I completely understand. Sometimes I just want to write a book that’s 100% vibes. And my editor at Avon would be like, What’s happening here? What’s the point of this? Can we get some stakes? And with some books I’m happy to do that, but with other books I’m like, No stakes.

All your books are contemporary romances. Do you ever think about writing a historical or some other subgenre?

I’ve written one paranormal novella, which was a Halloween book—it was literally just a celebration of Halloween by sticking a werewolf in there, but I really enjoyed it, so I’ve decided to turn that into a series. I do like the idea of writing paranormal, and I love fantasy romance like Tasha Suri—she writes great fantasy romance novels. She’s British, too—yay. I would love to give that a try.