Tammara Webber: The Self-Published Bestseller on 'How I Did It' 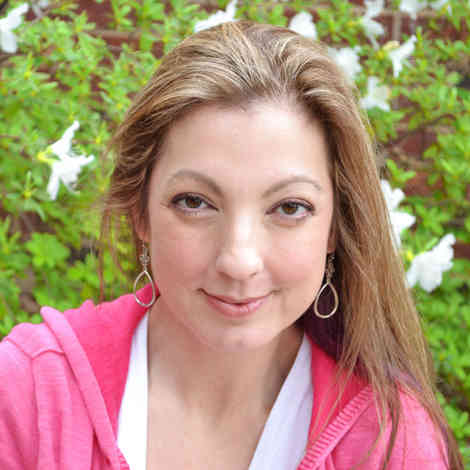 When I sat down to write this post, the first thing I considered was what “it” signified. The entire circuitous journey—from my first misguided attempt to write a novel to the traditional launching of my latest book—still seems surreal. I’m a realist, so I know that where my career is now is simply where my career is now. But I’ve reached a couple of author milestones in having a novel included on The New York Times bestseller list and sitting on a bookstore shelf. I suppose those things—and the fact that the list came before the shelf—are where the question originates: How’d you do it?

The truth is, I’m not really sure.

Check out previous installments of our writing and publishing series with Melissa Foster and Porter Anderson.

I’m a quiet, private person—more of an observer than a doer. My characters—fashioned from mish-mashes of public personas, acquaintances and pure imagination—are dropped into situations inspired by a news article or something that happened to the sister of a friend, rather than my own experiences. My personal contributions to my stories are generally limited to emotional reactions from within my characters’ shoes.

I know the annoyance of having others define who I am, or telling me who I should or shouldn’t love. I know the frustration of maintaining a long-distance relationship. I know the pain of losing a sibling to a debilitating disease that robbed me of my most cherished friendship. I know why girls don’t tell.

Unlike many writers, I can’t speak of a year-after-year struggle to become a published author. I endeavored to write a historical romance novel when I was 19. After months of research and writing, I read what I’d written thus far, judged it complete crap, shredded the half-manuscript, and went back to wondering what I should be when I grew up. Something sensible and attainable, of course, because I clearly didn’t have what it took to be a novelist.

Ten years passed, during which time my husband graduated and went to work, we became parents, and I read. A lot. I didn’t watch soap operas, or talk shows, or go on mommy dates. I consumed historical romances and all the popular classics I swallow: James, Austen, Dickens, Forster, Maugham, Fitzgerald, Eliot, Hardy, Wharton, Wilde. And then the unexpected happened: I began to feel a strong desire to write again.

I began writing what was to become a much too autobiographical novel—contemporary, raw and full of personal revelations so recognizable that my husband couldn’t bear to read it. Our marriage had been through a rough patch, and he saw himself in the male main character. Many authors pen this sort of fiction, where the writing is a solitary sort of therapy, and the thing produced is almost a memoir with names and places altered. For some, this is a singular work of genius, perhaps the greatest thing they’ll ever produce. In my case, it was a three-year effort that produced Shelf Novel number two.

After the kids were in school, I went back to college part-time, intending to earn a degree in accounting… and somehow emerging with a BA in English. Between jobs, my husband, Paul, decided he was going to do this crazy thing called NaNoWriMo, a month during which thousands of people challenge themselves to write a 50,000 word novel. Feeling competitive over my spouse’s previously non-existent desire to write, and still jobless myself, I joined him.

Paul hammered away on his keyboard an hour or two per day, taking to heart the Nano mindset: Don’t self-edit! When in doubt, kill off a character! Keep the plot moving! I sat at my computer every day for six, 10, 14 hours, attempting to reach that 1667 word goal. “Just type anything!” he’d tell me, which only provoked a deep desire to choke him. After the longest 30 days of my life and four months of revisions, I had Shelf Novel number three.

My fourth novel-writing attempt began in 2009 with musings about my sensitive but spotlight-loving son, an aspiring actor and a junior at NYU. The young stars of the Twilight franchise were suffering the beginning of constant public speculation concerning their relationship, and I began to wonder how my son would deal with that sort of close scrutiny. And then I wondered what would happen if that hypothetical relationship wasn’t real—if one or both of those actors began to form connections with others on- or off-set, or had unresolved relationship issues with another cast member, and a juicy secret between them.

Between the Lines was born.

I queried agents and pitched the storyline at conferences. After a year with no takers, I was losing hope, and I’d already written a sequel. At the persistent urging of a close friend, I researched self-publishing. I decided to take the plunge, and labeled the three books of my Hollywood-based series—all with characters in the 17-22 year-old age range—“Mature Young Adult.” I didn’t advertise; the extent of my promotional efforts was recruiting bloggers to read and review. Over the next several months, readers began to find the books, and I built a small following.

As I geared up to write the final book of the series, I began waking up with a different storyline in my head. It required the backdrop of a university—a world with which I was familiar. I’d spent over half my adult life working or taking classes on a university campus, and my children were all within my writing demographic. As an academic advisor, I counseled college students every day. Ignoring literary agent assertions that few readers (and no publishers) wanted stories set within this age bracket was simple; agents had passed on the series I’d since sold thousands of without benefit of a publisher.

With no more promotional effort than I’d put forth before, I self-published Easy, and within days, blogger support and reader word-of-mouth propelled it to bestseller lists. When others began tagging Easy as a “New Adult” novel, I tacked that label onto my book description.

Without ever writing a query letter, I landed an agent and multiple publishing offers.

Martin Luther King Jr. said, “Take the first step in faith. You don’t have to see the whole staircase, just take the first step.” I’m not sure where my career will go from this point, but after writing this post, I have a better idea of how I got here: I was never desperate to be published, but I never gave up. I researched and learned all I could before every unfamiliar step I took, but in the end, I followed my heart and my intuition—and I stepped.

Tammara Webber lives in Texas where is working on her next novel. She loves coffee, Cherry Garcia frozen yogurt and shopping for earrings. For more information about Tammara Webber, please visit www.tammarawebber.com.