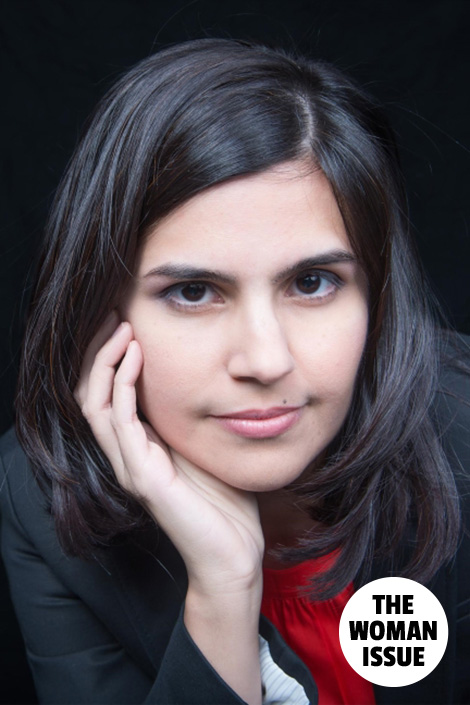 Tanaz Bhathena had a very different childhood than most of her readers. Her Parsi family emigrated from India to Saudi Arabia right after she was born, so she grew up going back and forth between the two countries. In Saudi Arabia, she says, “you felt that you were at home, but at the same time you knew you were an outsider…because you know, at some point or another, as a foreigner, you're going back.”

When Bhathena was 16, her family moved again, this time from Saudi Arabia to Canada. To say it was a big change would be an understatement. “Culture shock, pure culture shock,” she says. “It took me a long time to adjust because I think after having your freedom restricted for so long, it's very, very strange to have it.” It was only after returning to the region, to stay with her aunt in Oman, that Bhathena realized she no longer felt like a Gulfi (an Indian expat in the Persian Gulf).

Nonetheless, she’s drawn on those early experiences for her first novel, A Girl Like That. “I wanted to write a book about Saudi Arabia,” Bhathena says, “the world outside royal palaces and gated compounds, with a focus on the expatriate middle class, not all of whom are Saudi or Muslim, because that's the area that I grew up in.” The resulting novel is the story of Zarin Wadia, a 16-year-old half-Parsi, half-Hindu orphan living in Jeddah with her aunt and uncle, and how she ended up in the accident that ended her life.

The novel’s title comes from Zarin’s bad reputation: She smokes, she kisses boys, she lies to her aunt, and, perhaps worst of all, she refuses to apologize for any of it. Though Zarin’s transgressions are relatively minor by Western standards, it’s her refusal to accept the role designated for her that dooms her. “As a society, we're trying to define women in so many ways we're not letting them define themselves,” Bhathena says. “And for Zarin, no matter which society she lived in, she always wanted to define herself.”

Zarin isn’t the only one who gets to tell her side of the story, though. We also hear from her oldest friend and fellow Parsi, Porus; her classmate and rival Mishal; and the popular, attractive Farhan, who has a terrifying dark side. From each character we get a different perspective on Zarin and the repressive rules that are suffocating her. Porus brings out a lighter side of Zarin and a glimpse of what kind of woman she could’ve grown up to be. Mishal provides a look at what it’s like to be a girl who follows all

the rules (even if she doesn’t agree with them) and how little that obedience protects her.

Farhan’s story is the most disturbing, as we see him progress from an innocent kid to a rapist. “I was trying to figure out why in our society do these things still happen to women,” Bhathena says. “For me it was, how are we raising our sons?…Are we educating our boys enough when it comes to women and how to treat women?”

Still, Bhathena is optimistic that progress is possible, both in the West and in Saudi Arabia, where reforms are just beginning. She hopes readers will be inspired by Zarin and Mishal’s refusal to accept the status quo: “I’d like them to take away to not be afraid to challenge people with difficult questions and to not be afraid to say no when they don't like the answer.”