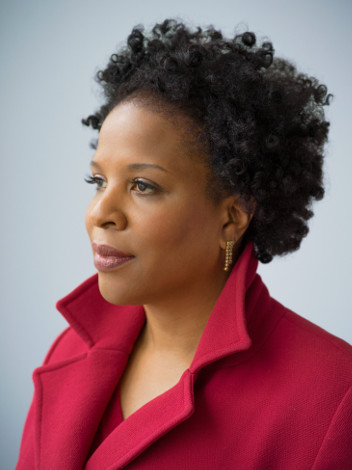 Tayari Jones is unequivocal in her belief that mass incarceration, with its attendant state violence, is the “most pressing civil rights issue of our day.” Yet her latest novel, An American Marriage, makes an unjust incarceration the backdrop for a nuanced interrogation of another issue of social freedom and equality: a wife’s right to pursue her own desires and fulfill her aspirations independently of her husband.

Celestial is an artist on the cusp of critical and commercial success at the same time that her husband is wrongly convicted and sentenced to 12 years in the Louisiana State Penitentiary. She can’t right the wrong, so her choice becomes whether or not to become a monument to his suffering.

Jones’ thoughtful rendering of the tension between what Celestial owes Roy and what she owes herself is riveting. With sensitivity and power, she pits duty against desire in a rich tapestry of recollections and letters that recount their romance, separation, and explosive reunion.

The clash of two impulses—one toward loyalty, the other for independence—leapt off the page during Jones’ writing of the book. “I had to stop getting real-life readers for this book ’cause I was gonna break up with all my friends over it,” Jones quips. “I really felt that in this book the expectation of genre is overwhelming. When I would say I’m writing a novel about a woman and her husband who is wrongly incarcerated, everyone is like ‘and this novel is about the brave fight to freedom, right?’ ”

Wrong. The legal fight rarely makes it onto the pages of An American Marriage. Instead, Jones focuses on Celestial’s freedom. That is, her continued investment in her own life and ambitions aside from her husband’s trauma. “Roy has this problem that is unimpeachable,” Jones explains. “The world has done him wrong; it’s not his fault. It’s so hard to find nuance in the problem he has.”

More compelling was the question of what Celestial would do and who she would become while Roy served his time. A particularly probing scene finds Celestial and her family gathered around the Thanksgiving table debating what she owes Roy and the black freedom movement by extension. Her father, for one, expects her to be chaste during Roy’s incarceration and wholly welcoming and committed upon his return.

Jones thought to herself, “I’m not a propagandist, I’m an artiste,” she jokes. “I actually had to leave my readers alone and just be alone with myself and the questions that were interesting to me. Then I was able to finish the book. I imagined my audience to be my characters. I wanted Celestial, Roy, Andre, their parents, their neighbors to read the book and say, ‘Yeah, that’s about how it went down.’ ”

Ultimately, Jones chose to tell the couple’s divergent stories by alternating their points of view and that of Andre, their mutual friend. “I did not want Roy and his almost archetypal crisis to feel like he is the voice of the black man,” Jones says. “I feel like just having two [male voices] automatically implied a multiplicity of experience, and that’s super important to me.”

This mix of perspectives works. “It felt better,” she says, “because it felt at once like I was honoring Roy’s story and giving respect to his crisis, but also reminding myself and the reader that there is not just one narrative that’s so big that no other narrative counts.”