‘The White Tiger’: Not Much Bite in Netflix Film 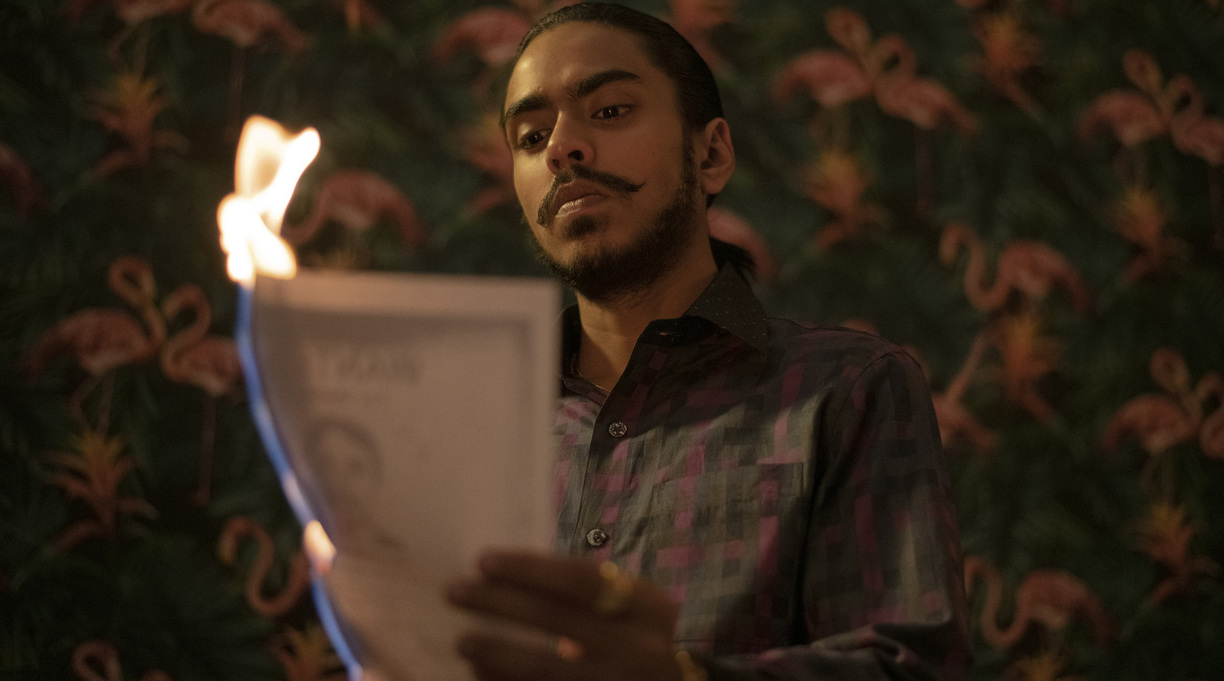 Aravind Adiga’s Man Booker Prize–winning debut novel, The White Tiger, is a sweeping, ambitious work that offers a scathing, if unsubtle, critique of India’s inescapable and unjust class system and of capitalism in general. At its most basic level, though, it’s a straightforward crime story. Very early on, its narrator, Bangalore taxi-service entrepreneur Balram Halwai, admits to getting away with murder—although the exact circumstances of the act remain a mystery for most of the novel. A new film adaptation, starring Adarsh Gourav, Rajkummar Rao, and Quantico’s Priyanka Chopra Jonas, premieres on Netflix on Jan. 22.

Over the course of the book, Balram recounts how he grew up in grinding poverty as the son of a rickshaw puller and, through hard work and determination, got a job as a driver for the son of a deeply corrupt landlord. Before long, he became the personal driver of the landlord’s son, Mr. Ashok, and his wife, Pinky Madam, and moved to New Delhi; there, Mr. Ashok bribes politicians and spends evenings painting the town with his wife. One night, a drunken Pinky Madam insists on taking the wheel and hits a child on the road; the family quickly makes Balram sign a confession, just in case the police decide to investigate the matter further. This humiliation finally sets Balram on a course to pursue his dreams of financial success with an act of violence and theft.

Adiga’s stark portrait of India reveals it as a place of deeply rooted inequality where the machinery of business and politics is oiled with the blood of the poor—most of whom are shown as accepting their lot in life. In an extended, rather on-the-nose sequence, Balram compares the poor people of India  to roosters in a cage who watch dumbly as other birds are slaughtered before their eyes. He also continually resents the fact that his grandmother and extended family dare to ask him for money in order to scrape by. In fact, he often expresses the opinion that he’s better than everyone else in his hometown; he’s not a rooster, like them, but a rare, once-in-a-lifetime animal—the white tiger of the title.

The book similarly paints the wealthy with a broad brush; they’re either shallow, self-centered creatures, like Mr. Ashok and Pinky Madam, or inhuman monsters who think nothing of brutally murdering an entire family as punishment for a servant’s crime. Balram, of course, becomes quite wealthy after his own crime—and almost immediately, he’s bribing officials, covering up a murder, and exploiting people who aren’t as rich as he is. In order to escape oppression, the book seems to say, one must become the oppressor.

It’s a pitch-dark message, to be sure, but one that feels a bit lazy. Adiga spends the entire novel detailing very real injustices, only to throw up his hands at the end with a message boils down to “The system, man. Am I right?” It’s a relatable reaction, but one that leads absolutely nowhere: Sure, it’s all a never-ending cycle of evil—but what can you do?

The film, written and directed by Man Push Cart’s Ramin Bahrani, is largely faithful to the book, right down to its numbing coda, but it tries to soften some of its sharper edges—in part by making the loathsome Mr. Ashok and Pinky Madam more sympathetic. It’s an odd choice, to say the least. Pinky Madam, as portrayed by Chopra Jonas, sometimes treats Balram like an actual human being and occasionally criticizes the cruelty of India’s class system; of course, she still kills that child with her car—but at least she feels a bit bad about it. Her backstory also includes an extended residency in America, and it’s implied that this makes her more outspoken than other Indian women, but it’s hard to tell; the only other significant female character in the film is Balram’s grandmother. (The novel also featured a sex worker with a few lines, but she’s nowhere to be found.) Mr. Ashok, as played by Rao, comes off as more of a naïve buffoon than a willing cog in a corrupt machine.

Newcomer Gourav, as Balram, does a fine job in a difficult role, but he, too, comes off as a bit too likable; this is not the self-obsessed Balram of the book—a man who knowingly condemns his entire family to death so that he can be rich. It’s an understandable choice on Bahrani’s part, though. After all, you want viewers to make it all the way to your film’s bleak and hopeless ending.