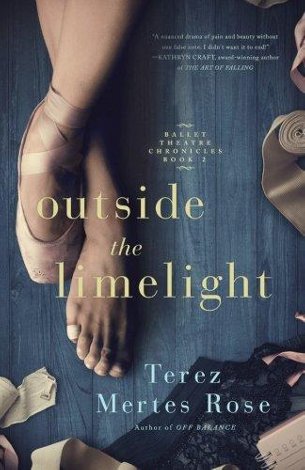 Every dancer in the spotlight showcases the breathtaking beauty, kinetic steps, and pure magic of the art form. Three books recently reviewed by Kirkus Indie capture the athleticism, precision, and grit required to succeed in this highly competitive world.

In Terez Mertes Rose’s Outside the Limelight, which earned a Kirkus star, the demanding director of theWest Coast Ballet Theatre promotes Dena Lindgren to soloist instead of her attractive sister, Rebecca. “You lack your sister’s looks but it’s that very omission that makes you a more interesting dancer to watch,” he asserts. But then Dena, who has experienced a slight deafness and fell twice during a performance, discovers she has a tumor on her vestibulocochlear nerve that must be addressed. “A lovely and engaging tale of sibling rivalry in the high-stakes dance world,” our critic writes.

Dancer Finis Jhung recalls in his memoir, Ballet for Life, jubilantly landing on Broadway in 1960 in the musical Flower Drum Song. He later appeared withthe San Francisco Ballet, the Joffrey Ballet, and the Harkness Ballet. After giving up his career to study Buddhism, Jhung now teaches dance to students of all ages. Our reviewer calls the work, filled with evocative black-and-white photographs, “browsable inspiration for dancers of any age or physical ability.”

The illustrated book How They Became Famous Dancers,by Anne Dunkin, presents six female and six male stars. The luminous group includes William Henry “Juba” Lane, the African-American pioneer, and Anna Pavlova, the celebrated Russian ballerina. Each chapter delivers tips to young readers on choreographing their own works. According to our critic, they “can experiment with the signature floating jumps of ballerina Marie Taglioni” in this “fun, kid-friendly history of one of humanity’s most enduring forms of expression.”