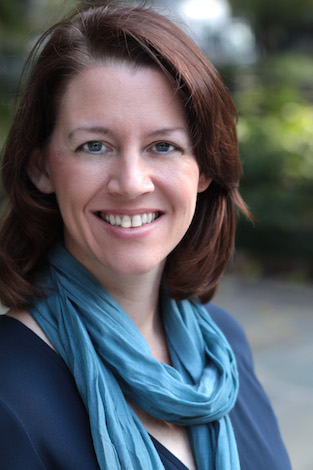 The works of doctor-authors like Atul Gawande or Siddhartha Mukherjee open up historical, philosophical and practical windows into the world of medicine. Yet doctors are only one part of the equation of patient care. Where are the voices of the nurses? In her newest book, The Shift: One Nurse, Twelve Hours, Four Patients’ Lives, Theresa Brown, a clinical nurse, takes readers through one of her 12-hour shifts in the oncology ward of a Pittsburgh teaching hospital to demonstrate the importance of her profession, which often involves what many consider the grunt work of medicine. “Nurses often feel like they’re seen as a very distant second-fiddle to MDs,”Brown says. “But our work is crucial to what makes the hospital run and people getting the care that they need.”

A strong sense of conviction about this point pervades Brown’s book. Reading it, you understand why the profession was so attractive to the author, who went back to school to become a nurse after leaving behind career as an English professor at Tufts. She recounts that she started to consider pursuing nursing after having twins, receiving what she calls a “perfect storm of life-changing information”and being impressed with the midwives who helped her give birth. Her mother’s survival of a hairy cell leukemia diagnosis when Brown was in her 20s had a similar effect on her desire for a career change. “[Nursing] was an opportunity to do some good for other people because people did well by her,”she explains.

When she began working as a nurse, Brown thought that her teaching and writing would wane. But a difficult first year as a nurse inspired her to write a piece that ended up in the New York Times and became the start of her first book, Critical Care: A New Nurse Faces Death, Life, and Everything in Between. Now, in a sense, she has circled back to teaching through writing—informing the public about the nursing profession through New York Times op-eds in which she sharply

observes hospital life and considers the day-to-day job of a nurse, and helping other nurses understand the challenges of their own line of work. Brown tells me that Critical Care has become a textbook in some nursing schools. “I found out that pretty much all nurses who read the book say that my first year was just like yours,”she says. “They don’t mean that the same incidents happened to every nurse in the country but there are these same rites of passage that everyone goes through —your first code, your first death, your first really weird, gross thing that happens.”

In The Shift, Brown recounts her day clearly and rigorously, making it easy to perceive how emotionally harrowing and logistically complicated carrying out basic care for very sick patients can be. Providing enough details about what fills a nurse’s workday to give a concrete sense of the job and the hospital atmosphere, while giving space to the big-picture problems, ideas, and upshots was one of her biggest writing challenges. “So much of the job is about this little thing happened, and then this little thing and this little thing and those things are all happening in the context of these huge issues like someone going home, someone getting readmitted, someone getting a drug that can be really toxic,”Brown says.

Brown wants these details to work in the service of extended stories about her patients. When she was considering structures for the book, she noticed that drawn-out, novelistic narratives about patients were missing in other books about health care that were largely organized by topic or individual incidents. “But how to do that as a nurse is difficult because you don’t follow patients the way doctors do,”she explains. “And it occurred to me that a shift would oddly enough give me the opportunity to do that.”Yet even her editor was skeptical that one of her shifts could contain enough drama to fill a book. Brown proved that it did.

The narratives of the four patients under Brown’s care—from the stoic patient whose misdiagnosis turns out to be life-threatening to the bossy regular who insists on a new shower curtain for her bathroom upon arrival to the floor—gain their power from small incidents whose high stakes we sense with the help of Brown’s contextualization, and through her compassionate lens. As Brown writes at the end of the book of her shift, adapting the poetry of William Blake, “I felt infinity in the palm of my hand and eternity over the next twelve very busy hours.”

Alexia Nader is a writer living in San Francisco and a senior editor at The Brooklyn Quarterly.
MORE FEATURES
POPULAR KIRKUS STARS