Author of I LOVED YOU MORE 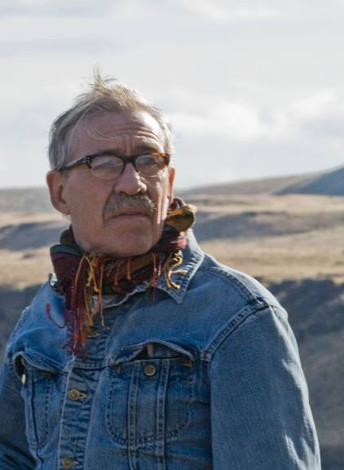 Spanning two decades and a lifetime’s worth of heartache, Tom Spanbauer’s fifth novel, I Loved You More, reckons with the complex truths of adulthood: love, illness, loss, betrayal and friendship. It’s also an honest depiction of how men—gay and straight—treat other men.

The novel follows the interconnected lives of three people: Ben Gruenwald, a gay man who is sometimes in relationships with women and narrates the story; Hank Christian, a straight guy who forges a bond with Ben after taking a writing class with him at Columbia University; and Ruth Dearden, a student of Ben’s who ends up nursing him back to health after he’s diagnosed as being HIV positive. The fireworks that ensue between these strong-willed people over the course of book—not to mention the raw psychic scars and corrosive feelings that are ever-prevalent—are gripping.

“It always starts for me with something that’s troubling inside me, something that is wrong or there’s some kind of place inside of me that’s sore,” Spanbauer says about the inspiration for his fiction. He lives in Portland, Ore., where he teaches a weekly Dangerous Writing course. “So I start going to that place and start noodling around. What happened was a friend of mine died and I hadn’t spoken to him for seven years and I started trying to write—I thought I knew all about what had happened between us, but I didn’t know.”

It took Spanbauer four and a half years to write I Loved You More. He’d written the first half of the story, but his editor wanted him to keep writing. “It was just tough writing because I had to go back to my depression and to some pretty rough stuff—to go through all that again,” he acknowledges. “The writing was hard and it took a lot out of me.”

I Loved You More is filled with raw, heart-wrenching and hilarious moments. Spanbauer’s talent is to collide all emotions against one another, quite often on the same page and sometimes in the same paragraph. One of many occurs when Ben and Hank are standing outside of W.H. Auden’s old address on St. Mark’s Place, underneath a plaque bearing a line from one of his poems:

We’ve been standing there for I don’t know how long…I’m so fucking cold I’m numb. That poem. How very perfect that poem is. True the way truth can make you wince, make you cry, make you proud. The guy standing next to me is the old Hank again. He undoes the string around his hood. Takes off his cap. He’s got hat hair. It’s the poem that has made Hank, Hank. His shoulders are going down, his chest going up. For a moment, I think he’s crying.

“I mean,” Hank says. “Do you like getting fucked?”

man—that one rarely sees executed so well. It also propels the plot forward in ways that are often surprising and connects to a much more intimate moment between the two friends in another part of the novel. Spanbauer has a knack for weaving these vignettes into the larger story to both propel the plot forward and provide readers with enough to stew on.

Spanbauer works to empower his students, getting them to trust themselves enough to be fearless. “We start honing in on skills and pretty soon the thing that they’re writing about, we’re talking so much about the skill of doing it that it becomes more and more abstract and not so overwhelmingly powerful,” says Spanbauer. “Of course, they’re putting the mask of fiction on, too. By doing that, instead of being the character they can create the character—and that character can then look at the story. It’s a way of stepping away from the heartache.”