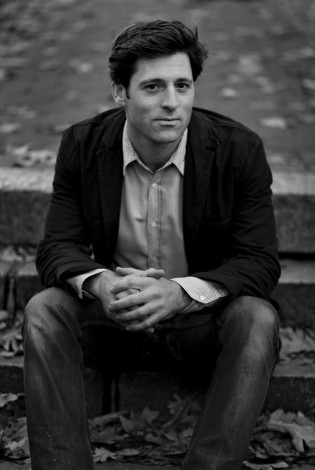 When I was in elementary school, and even shallower than I am now, I told my ­second-grade class that my father was Yoda from The Empire Strikes Back. I don’t think I was expecting my classmates to believe me, and when my father brought me my lunch later that week, all doubt was removed. I was humiliated. My father was just a history professor at a prestigious university. He was smart, but he wasn’t Yoda.

However, for Tony Dokoupil, a senior writer at NBC News and author of the inescapably entertaining The Last Pirate: A Father, His Son, and the Golden Age of Marijuana, even the wildest schoolboy imagination could not have conjured up the very real person that was, and is, his father: The Old Man, or “Big Tony.” One of the most successful marijuana smugglers of the 1970s and ’80s, Anthony Dokoupil was still no Yoda, but he was very green.

“If you smoked Columbian weed in the 1970s and ’80s,” writes Dokoupil in the book’s introduction, “I owe you a thank you card. You paid for my swim lessons, bought me my first baseball glove, and kept me in the best private school in South Florida.”

The Last Pirate certainly explores the romance of being the son of the biggest pot smuggler of the Great Stoned Age of the ’70s through the Reagan “War on Drugs” era (pillow fights at the Plaza Hotel in New York, lobster sandwiches, frolicking on yachts and extended Disney World stays), but Dokoupil’s story is far from romantic.

For instance, a breaking point in the father-son relationship occurs on one of these trips to Disney World to celebrate “Little Tony’s” fourth birthday. What does Dokoupil remember about it? “The hotel room,” he says. “My father left me in it for two days.” Reading the book, we watch between our fingers as the elder Dokoupil spirals (or crawls) into an abyss of cocaine addiction, hookers and abuse, eventually alienating himself from his wife and young son. In The Last Pirate, the past serves to remind us, as the past so infuriatingly manages to do, that good times and rambunctious behavior with drugs and hookers and flavored lubricants come at a price.

“I have a fear of becoming my father,” says Dokoupil from his home in New York. “I’m a father now, and some of what I have—what my father has—will be passed on to my children. I think that fear is a primary motivator in my life. I fear falling into the life my father led. Not exactly his life, but I have a fear that I could, at any moment, fall into the muck. It’s an utterly irrational fear, but it’s there.” Dokoupil mentions that his children do not share his last name and that it’s “not entirely because it’s so hard to pronounce.”

The notion that the sins of the father are borne upon the son is a crucial idea in The Last Pirate, and Dokoupil navigates the material thoughtfully. “I’ve never struggled with substance abuse myself,” he says, adding, “but sometimes I’ll look at what I do. There’s a lot of risk involved in chase journalism, and it’s a great feeling. I live for that feeling. Chase journalism and drug dealing are very different in a lot of ways, but look: I make a promise to a company, NBC, and I take their money. If I deliver on that promise and get the story, it’s incredibly exciting.” There is an element of ecstasy in failure that far outweighs any thrill of success. Then you fly too high and you get burned. It’s a tale as old as Ovid.

Though faced with multiple close calls with the authorities, the mob, rival dealers and other undesirables of the drug trade, Dokoupil’s father is usually found blissed-out and one step ahead of disaster, until he’s run up against the one thing that can bring him down completely: himself.

In 1983, with his gang set on that fabled “one last deal” before getting out of the game, The Old Man’s crew pulls off an 11-ton shipment of weed that nets Big Tony over a half-million dollars (Little Tony and his mother will later embark on a wild road trip to recover this money, allegedly stashed in a beer cooler in New Mexico). A celebration ensues with a who’s who of drug runners and their families on a 65-five foot yacht in St. Bart’s, but Big Tony is already sinking fast. He’s broken the cardinal rule of pushing drugs: Don’t get high off your own supply. By 1986, The Old Man has lost most of his fortune in a Yukon gold mine, and what’s left is reserved for the bare essentials: Snorting coke, shooting dope and screwing as many carbon-based life-forms as possible, leaving Little Tony and his mother in a state of desperation.

Was it hard to write about his father, and his family? “I didn’t find it emotionally hard writing about my father,” says Dokoupil. “What I felt was more excitement as a reporter as I closed in on clues and got clarification on details. My memories of childhood are sideways—I knew something was wrong, but I didn’t know what it was—I imagine it’s a lot like being attacked by a bear,” he says, a brutal sentiment reiterated in The Last Pirate.

When asked about his personal attitude toward marijuana and its potential for good or harm, Dokoupil is cynical and prescient. “As soon as pot becomes something on billboards and blimps, it loses something so core to what made it great,” says Dokoupil. “It’ll just become another vice industry that makes its money off problem users.”

Despite a decade-long ellipsis in contact with his father and countless broken promises, lies and buffoonery committed by The Old Man along the way, Tony Dokoupil holds a philosophical view toward his dad (who now, at 67, lives a mostly solitary life in a “crappy” apartment near Harvard University, occasionally smoking crack and ogling coeds). “To understand is to forgive. To forgive is to appreciate,” says Dokoupil. “I’m at the point of appreciation now—I’m finally on the other side. I like my dad. I told him I loved him the other day.”

Tyler Stoddard Smith’s writing has been featured in UTNE Reader, McSweeney’s, Esquire, The Best American Fantasy, The Beautiful Anthology and The Morning News, among others. He is also an associate editor of the online humor site The Big Jewel.