Paris Review editor Lorin Stein talks to us about the anthology of writing that is “the opposite of self-promotion.” 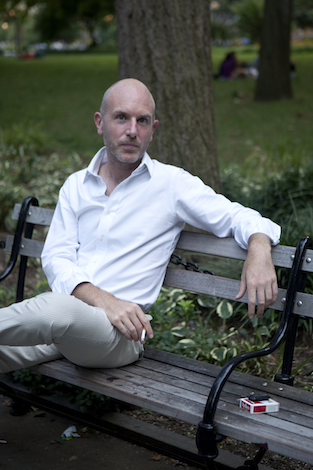 When Lorin Stein re-launched The Paris Review five years ago, he didn’t plan on editing an anthology. In fact, he says, he usually isn’t drawn to anthologies. He came to the Review because he felt writing in its shorter forms had “fallen out of the conversation about American literature somewhat.”

“But in the last five years, that generation”—writers in their 20’s and 30[s, he means, who all grew up with the internet as a fact of life—“has really changed the sound of American literature,” Stein says. “It’s been a very good time to be running a literary magazine, which is the reason I proposed this book.”

Titled The Unprofessionals, the collection of short stories, poems, and essays features work by Angela Flournoy, Ottessa Moshfegh, John Jeremiah Sullivan, and Zadie Smith, among others. It highlights some of the work that has graced the magazine’s pages over the last five years, and is united by a point of view affected in its bones by our current state of public life online. There’s an after-effect, Stein says, of “adopting a persona several hours a day” that’s hard for all of us to shake.

“There’s a kind of everyday self-consciousness that afflicts all of us,” Stein says. “And the mark of writers who tend to interest me is that they can override it or shove it aside and write from a place of unselfconsciousness that is not available to most of us. And it’s the opposite of self-promotion.”

It’s the opposite, in other words, of hitting Twitter or Instagram for your latest novel release to act as your own publicist. Stein writes in the book’s preface, “Young writers, in other words, [are] encouraged to think of themselves as professionals: to write long and network hard.” This collection, on the other hand, celebrates the unprofessional.

And the stories, essays, and poems are markedly raw, unsentimental even as they wrestle with the deepest of emotions. The book’s pieces are truly remarkable in their collective riskiness. The writers cover sex, and shame, with especially noteworthy skill. “One thing that I think fiction is really good for that nonfiction is bad at is talking about shame,” Stein says. “If I tell you a story about some sexual misdeed that I committed, it’s automatically suspect because I’m speaking about myself and real people, and I have some design on you. But if I tell you a fictional story about a fictional character who commits some kind of sexual misdeed, and I’m able to be very honest about what could be happening in that person’s head and heart but I’m not committing an indiscretion, I’m not automatically untrustworthy. We’re automatically untrustworthy when we talk about our intimate lives, and in fiction we can be trustworthy talking about our intimate lives.”

So the collection dives into the intimate, rejecting any kind of moralization in the process. This, too, Stein argues, is in part a happy consequence of the form itself: “I think that in novels there’s a strong presumption that justice will be done, and it’s very, very hard to get away from the idea that the good will be rewarded in some way and the bad will be punished, or if for some reason the bad is rewarded and the good is punished it in itself is a kind of aesthetic choice,” Stein says. “Whereas in a short story, you don’t have to go around either rewarding and punishing evil or reversing it; you can keep justice out of the question.”mOften told in the first person, the stories in the collection, Stein says, are often about “someone trying to tell the truth about an experience, trying to be honest, and bumping that up against the limits of what he or she knows about himself or herself—so that the reader knows a tiny bit more than is being said.”

There’s a searing reality present in the collection that feels wholly different from the kind of writing we all consume on a daily basis. This kind of online writing—tweets, and essays, the chronicling of our own lives—Stein says, “has obvious designs on us. We all know what motivates it, and we know what people want from us when we’re online.” This writing, on the other hand, is different: “In these stories and essay and poems, it’s not obvious what’s being asked of us,” he says. “It’s certainly not admiration.”

The writers in the pages of The Unprofessionals do not censor themselves, and this too, Stein explains, is what drew him to them. “In a lot of fiction today, there’s a kind of internalized moralism, and self-censorship,” he says. “It’s good to be nice in real life but it’s fatal to literature, the desire to be nice. To use moral terms, in a short story, is like using ice tongs to take out a splinter: it just keeps you from getting down to the grain of things.”

In the absence of morality and self-consciousness, the collection almost shakes its way off the page, so buzzing is it with life and shame and voice. As a whole, it does have a point of view, and Stein says this is why he edited it: “The anthologies that interest me are anthologies with a very strong point of view. That's what this is. It aims to give a snapshot of our moment, in which the writing of the page—literary writing—is defining itself against the kind of public writing that we’re all called on more and more to do as a part of our personal-slash-professional lives. Professional writing.”

Jaime Netzer is a fiction writer living in Austin, Texas. Her stories have appeared in Black Warrior Review and Parcel, among others. Find her on Twitter.
MORE FEATURES
POPULAR KIRKUS STARS