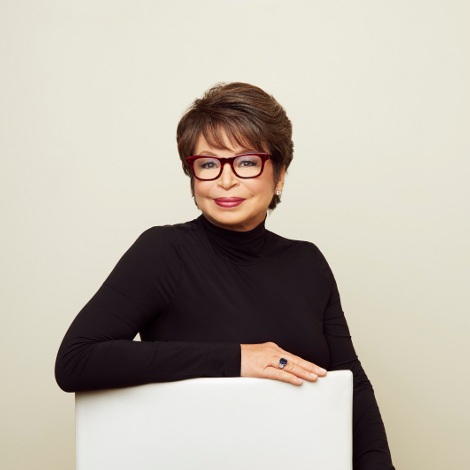 To understand Valerie Jarrett—the very private, soft-spoken and high-powered senior advisor to former President Barack Obama—it helps to know who her people are, as Ella Baker would put it.

Her grandfather, Robert Rochon Taylor, was the first black chairman of the Chicago Housing Authority. Her father, Dr. Jim Bowman, became a renowned geneticist and medical professor in Chicago. He worked in segregated hospitals in America before seeking opportunity to thrive in Iran, where Jarrett was born and spent the early years of her life.

In her new memoir, Finding My Voice: My Journey to the West Wing and the Path Forward, Jarrett writes that despite the example of confident authority going back generations in her family, it was advocacy for others in public service that helped her find her voice. “I found it easier to advocate for others than for myself. I was very, very shy from a young age,” she says. “I didn’t know what my passion was. My father loved medicine; my grandfather loved real estate. My great-grandfather loved architecture. I didn’t know what direction my passion would take me in. I made up a plan and it was rather arbitrary, but I kind of clung to it instead of having a plan.”

Jarrett worked as a lawyer, then in Chicago’s city hall where she notably hired Michelle Obama after working for the first black mayor of Chicago, Harold Washington. In time, she would become the longest serving senior advisor to former President Barack Obama.

“It was kind of a circuitous route, but I knew I stood on the shoulders of people who had broken all kinds of barriers,” she says. “I just wasn’t sure I could do that. I think a lot of people have this fear of failure, this fear of not measuring up.”

Finding My Voice is an intimate look at the high-powered Chicago power broker who remains a trusted member of the Obamas’ inner circle. There is enough to satisfy political junkies and self-help fans alike—a tough line to walk for a significant story, but Jarrett manages this well. It was prompted by a StoryCorps interview conducted by her daughter Laura, who asked what advice her mom would give to herself at 30. “It’s the first time in my life that I’m not just looking forward, I’m looking back,” Jarrett says about the memoir.

The book’s main message is that it may take a while for the reader to find their way, or their voice, but even meandering is worth the pursuit. Much of this stems from Jarrett’s candor about the failure of her marriage and a great deal of overwork as she attempted to raise Laura as a single mom while working impressive but challenging jobs.

Writing about the difficulty of being a young working mom was a precious part of writing the memoir, Jarrett says. “What I learned the hard way is that it’s just hard,” she says, recalling trying to be a superwoman by making baby food at 2am after working long hours at the law firm. “I kept thinking when my daughter was young if I was just more disciplined, if I was just smarter, it wouldn’t be so hard. But it’s just hard. We need to give ourselves permission to recognize that and not be afraid to ask for help. When I started to be a little more honest with myself and tell my colleagues what I was going through, I had this reservoir of help that made it less challenging for me.”

Jarrett admits that the present political climate can be daunting, even for one so optimistic. “A lot of people are dangling from the precipice. But the only way we reach the mountaintop is to roll up our sleeves and work hard,” she says. “That is my inheritance: Generation after generation of people who were told ‘no’ but did it anyway. That’s my goal, to give people a sense of the power of their own voices to be catalysts for change.”