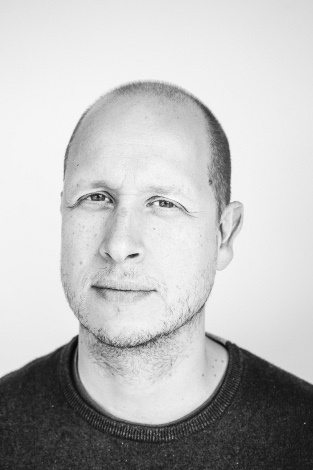 Norwegian-born journalist Vegas Tenold, now a New Yorker, is no stranger to conflict. He has reported for the New York Times, Al Jazeera, and other outlets on ethnic strife in central Africa, religion-fueled turmoil in the Middle East, human-rights violations in Russia, and more. His first book, Everything You Love Will Burn: Inside the Rebirth of White Nationalism in America, comes closer to the doorstep of his adopted home. Inspired by both the horror of the Anders Breivik killings in his homeland and the rise of the Tea Party and, later, the nationalist/populist Trump administration, Tenold has spent the last several years traveling into the imagined country and real territory of the white nationalist movement, of neo-Nazis and Klansmen, among “the marginalized, disaffected, and lost [who are] the radical right’s ideal audience”—and who, thanks to a friendly White House, “no longer feel invisible.”

“A few years ago, I was studying at Columbia,” Tenold tells Kirkus from his home in an arctic-blasted Brooklyn, “and taking a course in literary journalism. I began to think of something I might like to write long-form journalism about, and I realized that I have always been fascinated by fringe movements and drawn to people who think of themselves as outside the mainstream. I came upon a web site that pointed me to a neo-Nazi community in Greenpoint and Williamsburg, here in Brooklyn. I began looking into it. They’d been gentrified out, but there were still neo-Nazis very close by. I emailed, not thinking I’d ever hear back, but someone answered, and my project was born.”

Tenold spent much time on the road after that, visiting rural gathering places of poor, disaffected, unemployed people out in the country, witnessing Klan rallies, and having elegant lunches with nationalist leader Richard Spencer alike. “I had a weird kind of access that, to my knowledge, no other journalist had,” he says. Always identifying himself as a journalist, he got to know people that he writes of in the book, such as a former punk rocker who’d lost a job at Walmart, gotten addicted to painkillers, and gone through a divorce, only to find that the KKK was the only safe harbor he had.

“Nothing else, he decided, was really all that important,” Tenold writes. He’s not without sympathy to the suffering that so often drives people to extremist politics, but his own politics are far to the left, and he was willing to argue his points, which won him a certain grudging respect. He was also willing to listen, which won him still more latitude. “It’s not that these guys spend all their time throwing up salutes and chanting,” he says. “They talk about football, about kids, about cars. Still, it helped my sanity to be able to fight back, to argue with them, because after a couple of days of tired rhetoric about white genocide and no-go zones and the like, you feel like your head will explode.”

Writing about radicals with a human face puts one square in the face of a problem other journalists have confronted: namely, the danger of “normalizing” people whose ideas are reprehensible, the subject of a flurry of controversy around the New York Times a few months ago. While Tenold sees the point in objections to doing so and believes the Times story in question was a misstep, he argues, “I think that I point out very clearly that what these people believe isn’t normal. Just because I describe them as human beings doesn’t mean that I’m doing anything more than trying to understand why they believe and do as they do.”

Asked whether the white nationalist movement is a blip on the political radar screen or a dangerous rising wave, Tenold is quick to respond. “There has always been a large undercurrent of radical-right politics in America,” he says. “You can look back to the KKK in the 1920s, to McCarthyism. The

difference now is that, for the first time, the radical right and the nationalist movements have entered into mainstream politics.” That’s not hard to see. After all, the dog-whistle rhetoric formerly confined to extremist web sites and fringe publications now issues from lecterns across the land, not least the White House.

But there’s one takeaway point that Tenold insists on. “These guys are still the fringe,” he says. “They’ll always be outsiders. And white supremacy is doing just fine without them.”