An Interview with Walt Runkis 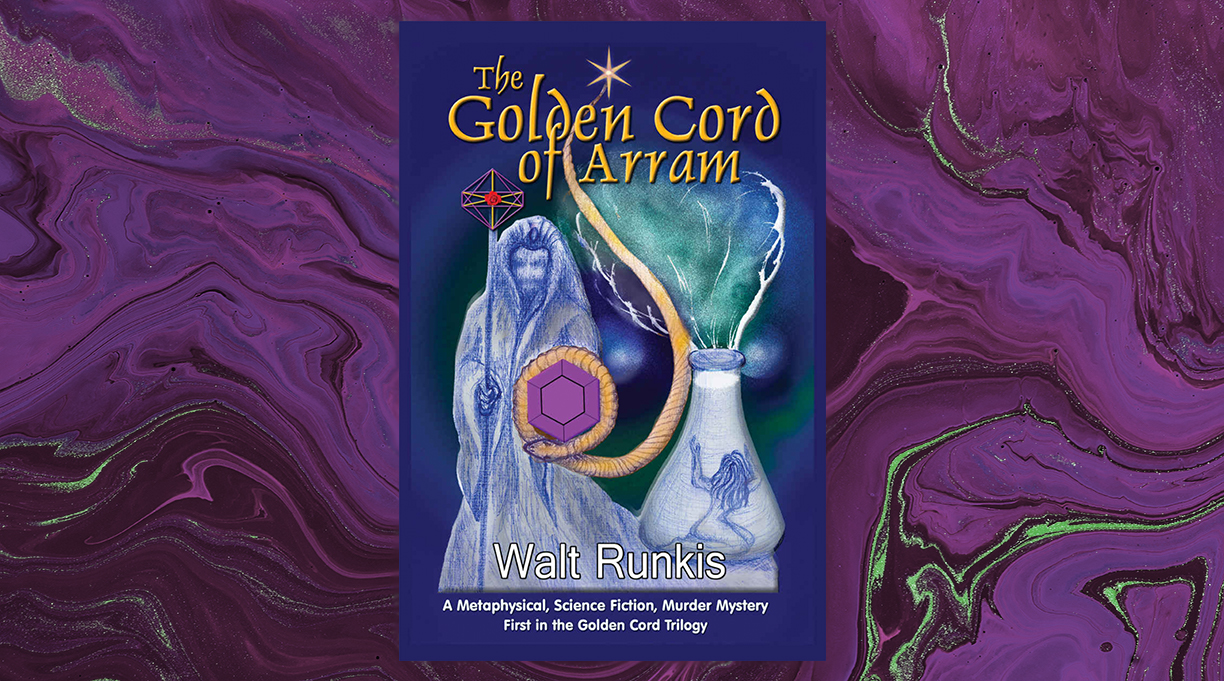 As a longtime fan of Ayn Rand’s Atlas Shrugged, Walt Runkis decided fiction was the best format for presenting his take on the “battle between democracy and autocracy.” He began working on The Golden Cord of Arram and its sequel, Warriors of Arram, which will be published this spring. He’s currently writing the third volume in the Golden Cord trilogy. “I know the plot, pretty much,” he says of the final volume. “The rest of it looks like a construction yard.”

Runkis, who lives in Mississippi, began the first draft of The Golden Cord of Arram in the 1990s when he found himself with plenty of downtime to ponder the world’s problems—political, environmental, and societal— while babysitting a bioreactor. “All of this could have a common cause,” he remembers thinking. “The aliens could be it.” Though he knows that alien overlords are outside the mainstream view of how the modern world works, he presents a plausible case for considering how they might be a hidden force today and in the future.

In The Golden Cord of Arram, set in the middle of the 21st century, the aliens work through what Runkis calls “the Big Four”: government, business, religion, and crime.” The book’s protagonists are investigators Willy J. Morro and Bill Macalister, who are charged with digging into the mysteries of a shadowy organization called the Yuendi, and their investigations reveal a complex coverup. Kirkus Reviews calls the book “a stylish story in which investigators aren’t afraid to get in too deep” and cites Morro as “a welcome addition to the stable of smug-but-capable investigative geniuses.”

“I want to take advantage of all the money I’m spending on Telomere Reconstitution Therapy by living to celebrate my hundred and fiftieth birthday.”

“Telomeres are bits of protein that cap the ends of our genetic chromosomes. They erode away as we grow older, and our cells divide, which is the major cause of aging and geriatric disease. Stopping this erosion extends our lifetimes and improves health. I’ve been on a TRT Actualization Program for over twenty years now, and look at me; I’m living proof. It’s a miracle cure for aging.”

Like Morro, Runkis prides himself on a long career and a wide-ranging knowledge of the world. “I’m an autodidact,” he says. “I function on a C level in business and a Ph.D. level in science.” His formal education largely ended in 10th grade when he dropped out of school two weeks before the end of classes after what he calls “an altercation with one of the teachers.” He joined the Marines, which proved a valuable learning experience, particularly after he found mentors in the Corps who encouraged him to learn about philosophy in addition to the work he was assigned. “Philosophy is the foundation of everything,” Runkis says.

After he returned to civilian life, Runkis continued his self-directed education while working in a wide variety of careers. “I’ve done everything under the sun,” he says, including “singing for my supper” while traveling through Europe with a 12-string guitar, selling encyclopedias door to door, and maintaining the bioreactor. He also became interested in computers and taught himself to program, developing skills he describes as “architect level.”

Runkis applied his computer skills to the field of cybersecurity, and he now holds several patents on the data dispersion and security process he developed. For those without a technical background, he describes the process in simple terms: “You can’t access what you can’t find; you can’t steal what isn’t there.” Programming, for Runkis, is fundamentally the same as writing. “My great love is the creative process,” he says. “What you’re doing is something that didn’t exist before.” He continues to run his cybersecurity business in addition to writing.

“I think in pictures and processes,” Runkis says, and he continues to be intensely interested in philosophy, the meaning of life, and the origins of the universe. “It’s something that’s being created moment to moment,” he says, and he delights in the latest scientific discoveries, particularly on the atomic level. “The further we get into it, the more [we] find [new] particles.” A video on his website offers an intimate glimpse into his philosophical views.

Runkis sees himself as deeply connected to the universe, especially when he is working on creative projects. “I’m in some [kind] of trance” while creating, he says, and in a trance, “you’ve merged with the cosmos.” His writing, videos, and other forms of self-expression are a way of turning that ephemeral connection—“Just like you can’t store heat in a bucket, you can’t store archetypal energy,” he explains—into ideas that he can share with a wider audience, as he does in The Golden Cord of Arram, bringing together answers to some of life’s defining questions.

Runkis, a soft-spoken and thoughtful man, is aware that his embrace of metaphysics may raise some eyebrows, but he is quick to assure readers that he is firmly grounded in reality. “I know a lot of really levelheaded people, and I function in that world too,” he says. And through his novels, he bridges the metaphysical and the real, presenting questions of philosophy and world domination through an enjoyable thriller.