Wes Moore: ‘We All Have a Role in Creating Change’ 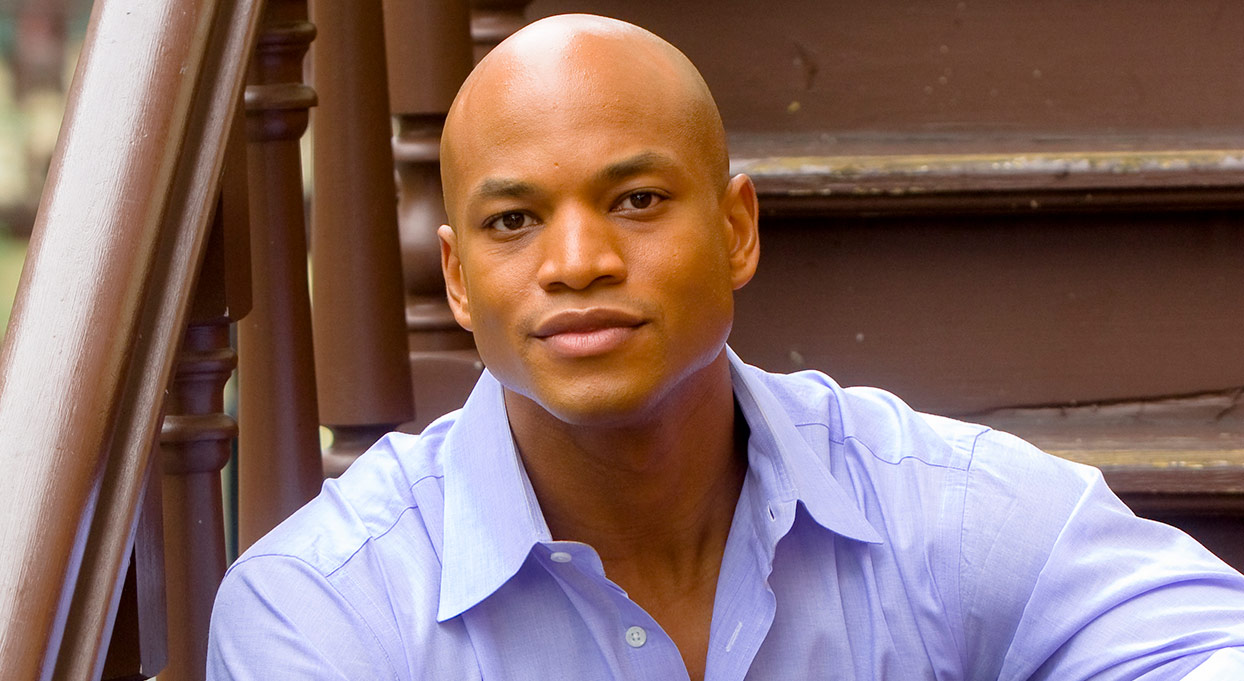 April marked the five-year anniversary of the Baltimore uprising that followed the death of Freddie Gray, a 25-year-old African American man, in police custody—an event echoed across the country in the recent demonstrations following the death of George Floyd in police custody in late May. Baltimore’s uprising is revisited in dramatic and unprecedented detail in Five Days: The Fiery Reckoning of an American City (One World, June 23) by Baltimore-based poverty activist Wes Moore, in collaboration with journalist Erica L. Green.

The book follows eight Baltimoreans with widely differing roles through the days of unrest. Some of the characters are celebrities: outspoken attorney Billy Murphy, who represented the Gray family; John Angelos, the owner of the Orioles; politician Nick Mosby, then a member of the Baltimore City Council and the husband of Marilyn Mosby, state’s attorney for Baltimore City.

Less well known are Marc Partee, a city police captain; Jenny Egan, a public defender; Anthony Williams, owner of a roller rink in Gray’s neighborhood; Tawanda Jones, whose brother was killed by the police a few years earlier; and Greg Butler, a young man whose sparkling prospects as a student and as an athlete were snuffed out by systemic prejudice (a biased method for computing GPAs, later exposed, kept him out of college) and the psychological impact of the never-ending violent deaths among his friends and family.

The characters’ stories are told in brief alternating vignettes. “We’re with Angelos on vacation when he gets the call that protestors have surrounded Camden Yards, and he has to decide whether to keep the fans inside after the game or let them out to face the protestors,” says Moore. “We’re with Partee as he struggles to reconcile his allegiance to his West Baltimore roots with his allegiance to his brothers and sisters in uniform. We’re at Gray’s funeral with Billy Murphy, our closest connection to the Gray family—though the first time he met his client, the man was in a coma.”

Some of the most dramatic moments in Five Days are what Moore calls “Crash moments,” referring to the 2004 movie, when several characters’ stories converge. Most dramatically, Partee, Egan, and Butler were all on the corner of North and Pennsylvania avenues at the peak of the rioting, looting, and burning.

Partee was with the riot control squad, angry and frustrated, having already seen several officers injured. The police had many conflicting concerns that day, Moore reminds us: containing the riot, limiting harm to police and public, and also, with cameras everywhere, weighing how their actions would look on videotape. When the fire department arrived and pulled out the hoses, public defender Egan, onsite as a legal observer, immediately feared that the spray would be turned on the crowd. And then she saw Greg Butler cut the fire hose with a pocketknife.

All three had experiences that day that changed their lives.

Moore’s name is familiar to readers from his 2010 memoir, The Other Wes Moore. In it, he traced the parallel tracks of two Baltimore-raised black men named Wes Moore. One is the author, whose downward trajectory was broken when his mother shipped him off to military school. He went on to become a Rhodes Scholar, a White House fellow, a decorated combat veteran, and the CEO of a social justice foundation. His namesake is now serving a life sentence in prison. The system failed the other Wes Moore in much the same way it failed Freddie Gray and Greg Butler.

That is exactly Moore’s point in publishing Five Days. “I want this book to be a catalyst for action,” says Moore. “Given the spiraling violence and despair in many communities since the unrest, things have only gotten worse in Baltimore since 2015. Have we taken deliberate steps to change the circumstances that created the uprising, or have we allowed ourselves to be placated?”

In an afterword, Moore tells us how we can move forward. His expertise on the topic flows from his central role in the Robin Hood Foundation, one of the largest poverty-fighting nonprofits in the country. Robin Hood funds organizations working for better schools, housing, and child care; it advocates criminal justice reform; it creates public policy initiatives and social entrepreneurship opportunities.

“The story of what happened in Baltimore after the death of Freddie Gray is a lesson,” says Moore. “The consequences of not hearing too many lessons and too many warning signs are playing out across the country right now. Like the lives of the eight Baltimoreans in the book, our fates are profoundly intertwined, and we each have a role to play in creating change.”