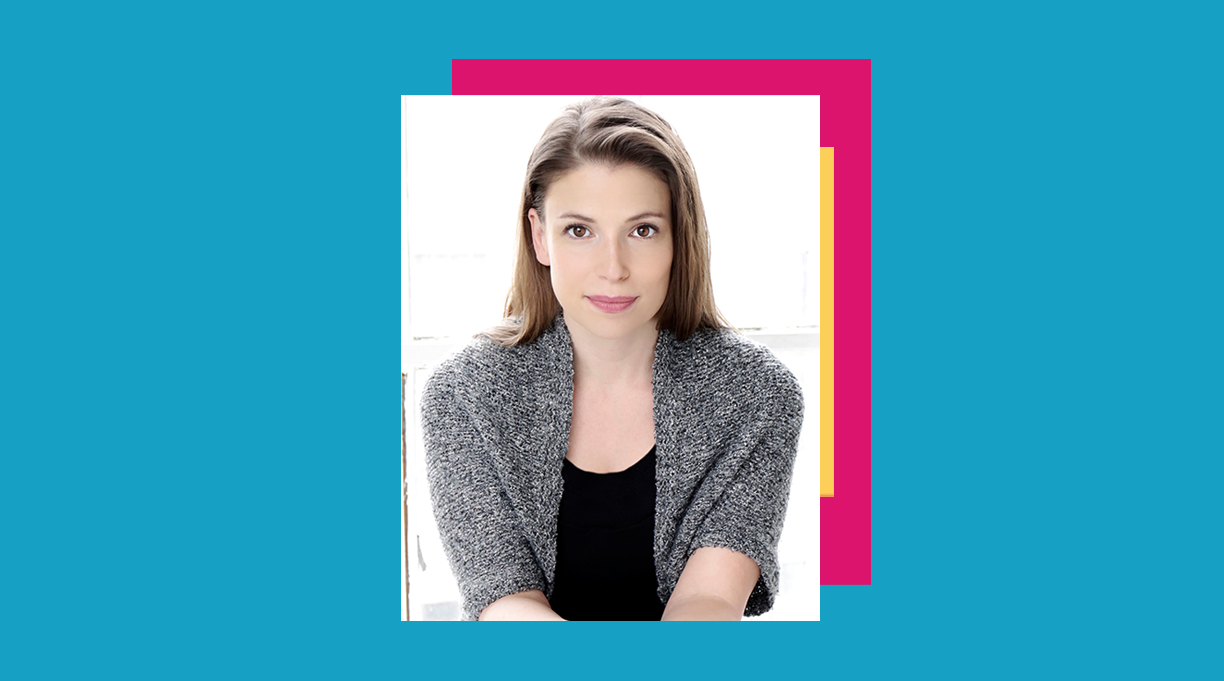 In late February 2020, I posted a request on Twitter for audiobook recommendations; I’d never listened to any but wanted to start. What timing! Audiobooks have kept me company through these long pandemic years, and some of their narrators have started to feel like friends. Julia Whelan, for one. Twenty years ago, I watched her in the TV drama Once and Again, and it was a pleasure to rediscover her as an audiobook narrator who’s won many awards, including the Audie for Best Female Narrator of 2019. Her voice is warm and confiding, drawing you deep into books as various as Book Lovers by Emily Henry and My Year of Rest and Relaxation by Ottessa Moshfegh.

Whelan has also written two novels of her own, and, of course, narrated the audiobooks: First there was My Oxford Year (Morrow, 2018), about a Rhodes scholar who falls in love with her English professor—who turns out to have cancer. As our review said, “Ella is an engaging narrator…and her friends are fun, wacky characters who trade quips as quickly as if they were on Gilmore Girls. Ella and Jamie’s relationship, which could so easily turn saccharine, always feels genuine.…Whelan has created a beautiful, romantic story that focuses on big ideas—love, death, poetry, and what really matters in the end.”

Now comes Thank You for Listening (Avon, Aug. 2), a novel about…a former actress who’s now an audiobook narrator. Sewanee Chester started off performing romance novels, but she doesn’t do them anymore because she’s too cynical to believe in happily-ever-afters. She does agree to do a posthumous romance from a writer she’s worked with before, who’s requested her specifically and offered so much money that Sewanee, who’s paying for her ailing grandmother’s care, can’t turn it down. She’ll be doing the female voices while the sexy and mysterious Brock McNight will be voicing the men—and of course they slide into their own delightful romance, allowing Whelan to have fun with a whole raft of beloved tropes.

Whelan packs a lot of behind-the-scenes information about audiobook narration into the story; we watch Sewanee get ready to start a new project by “making word lists and finding the correct pronunciations, identifying the emotional arc of the story, marking breath points in syntactically challenging passages, mapping relationships between the characters, and developing voices and accents.” It’s acting, not just reading a bedtime story. And when I listened to Whelan performing her book, it felt like she had written it with narration in mind—giving herself all kinds of timbres and accents to voice, playing both the male and female narrators of the book within the book that’s supposed to have one of each gender, creating an alluring voice for Brock McNight, who makes listeners fall in love with him just by opening his mouth. It sounds like Whelan had fun writing the book and even more turning it into an audiobook.

Whelan also narrated Linda Holmes’ two novels, Evvie Drake Starts Over (Ballantine, 2019) and Flying Solo (Ballantine, June 14). Holmes is one of the co-hosts of NPR’s Pop Culture Happy Hour podcast, so it was funny to hear someone else reading her words, but Whelan captures Holmes’ friendly, matter-of-fact tone perfectly.

I’m currently listening to The Maid by Nita Prose (Ballantine, Jan. 4), narrated by Lauren Ambrose of Six Feet Under. The tone couldn’t be more different than Whelan’s books; the narrator, Molly, is a hotel maid who has a hard time understanding social cues but loves creating order out of chaos as she cleans the guest rooms. When she finds a dead man in one of the suites, she becomes a suspect in his death. Prose’s tone is deadpan, and so is Ambrose’s: a perfect example of a narrator bringing the writer’s intention to light.