Our recommendations for kids who need higher-octane reads 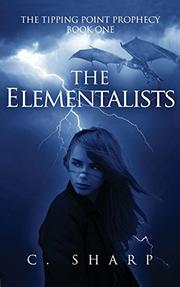 Young-adult series that set irresistible hooks can work double or triple time for establishing solid reading habits in teens who may balk at starting something new. Standout first installments of sci-fi, adventure, or fantasy novels with fast-and-furious plots and unforgettable characters can pave the way for the rest of the series. Here’s a YA-series trifecta for kids who need higher-octane reads.

.R. Martin’s Game of Thrones. The series’ star, Timothy, is a protagonist “often plagued not only by doubt but by full-blown self-loathing,” and his vulnerability gives the novel its energy. Overall, the fantasy is “like a runaway freight train, barreling forward and fun to read.”

In The Elementalists, debut author C Sharp “masterfully blends fantasy, teen drama, and a strong message of environmentalism into a white-hot narrative,” says our reviewer. The YA novel also nails the self-deprecating humor of the appealingly dorky teen. During a homecoming dance, the main character tries on a dress that makes her “look like a flower girl from an eighties-themed wedding.”

Slacker student Johnny Clark of New Jersey creates a life-changing gadget in Michael Solana’s Citizen Sim, which earned a Kirkus Star. Solana “revels in numerous geeky nods to superheroes (such as the Fantastic Four’s Susan Storm) and video games,” says our reviewer, who also notes that as the book morphs into a cyberspace action/love story, “it expands into gorgeously rendered terrain.” —K.S.