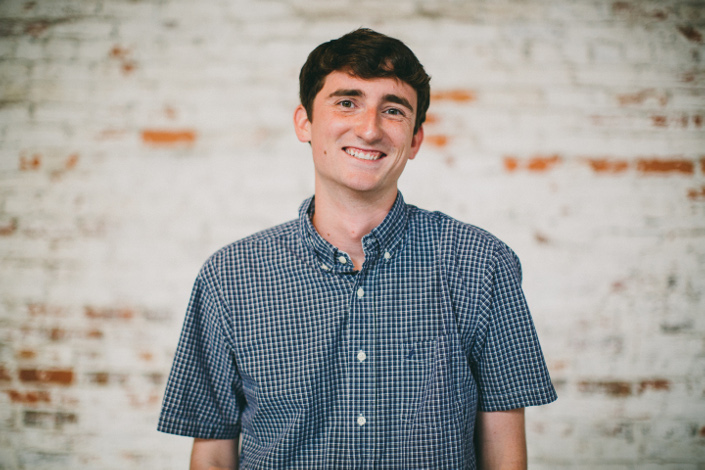 Will Walton’s debut young adult novel, Anything Could Happen (2015), hadn’t yet been released when he began work on I Felt a Funeral, in My Brain. Focused on teenaged queer protagonists, both books draw heavily from Walton’s own experiences growing up, coming out, and finding his way in the South. Yet while his first book was in many ways a love letter to his parents, he describes his second as more of an “extended eulogy” for his grandfather.

“This guy was one of my heroes growing up,” Walton says of his grandfather. An old, Southern white man, he was an unapologetic, outspoken progressive liberal and a vocal advocate for civil rights. His grandfather was always out of step with the small town, red-state mentality that surrounded him—his grandfather was out of step in a way that Walton adored, in a way that still lends an edge of wonder to his voice. But then, towards the end of his life, that shining light in Walton’s life fell victim to an old addiction. And then very suddenly, his grandfather died.

“The last couple months of his life were so out of step with the rest of his life as I knew him,” Walton remembers, “and I think the impulse in writing this was to give my family some closure, to try to make his ending seem less terrible and unfair, which is how it felt.”

Like his author, the teenaged protagonist of the novel, Avery, turns to writing in an attempt to make sense of the addiction and death around him. And like his character, the process of writing and grieving led Walton to a newfound appreciation of the power of poetry when life is particularly rough. Unlike Avery, however, Walton didn’t truly find poetry until his 20’s.

After undergoing the typical American student experience of dated poetry taught with a heavy emphasis on symbolism and structure, Walton was introduced to writers like Frank O’Hara and Eileen Myles. He says he began to see just “how subversive it is, how exciting it is, that you can achieve real catharsis from reading a good poem. It gave me permission I felt I needed as a writer to just indulge,” he explains. “These poets relished imperfection, things that seemed temporary or trivial, because was all part of the texture of their lives. The idea that imperfections are beautiful: that really appealed to me.”

Walton’s novel has a frenetic sense about it. Pages of prose are interspersed with lines of poetry that seem to creep and retreat along the margins. Walton says that he intentionally left Avery’s poems in the book rough, and the ebbing nature of the narrative is meant to serve as a reflection of the character’s own mind as he navigates so many tough issues.

“That’s really symbolic of the grieving process, I think,” Walton says. “The process of remembering—your memories aren’t perfect. It’s all kind of rough and murky and blurry, the whole process of grief and remembering. To be able to bring in these rough poems, it just felt like it all worked.”

In I Felt a Funeral, in My Brain, Walton’s characters explore a number of issues, ranging from addiction and death to sexuality and first sexual experiences. But he pushes back at the notion that he’s taking on too much in such a short book.

“This is what I was going through,” he says simply. “Everything I was going through as I was writing this book, I could have just as easily been going through when I was 16 or 14—all of the layers are still there, and maybe even more intensely so, being a teenager. So I hope readers like and feel encouraged by the roughness of the book. And if someone is dealing with grief, I hope they'll perhaps find some company in Avery’s story.”