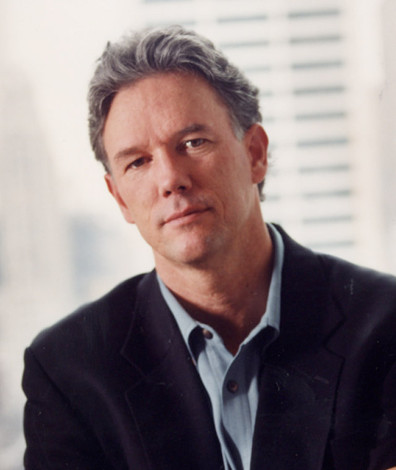 At first glance, William Finnegan’s life as a surfer seems incongruent. Known mostly for his work for the New Yorker—where he’s been a war correspondent and foreign policy contributor since the 1980s—it’s easier to imagine him chasing down sources than waves in remote, international locales. His new memoir, Barbarian Days: A Surfing Life, may appear like a drastic aberration for Finnegan, but one story tucked away in his expansive New Yorker catalog gives the lie to that notion.

In 1992, the New Yorker published his piece about a polarizing, big wave San Francisco surfer titled, “Playing Doc’s Games,” seven years after Finnegan initially pitched the idea. Between the pitch and the article’s publication, a lot changed for Finnegan professionally. He joined the New Yorker staff to write primarily about the Central American drug war and apartheid in South Africa (Finnegan is also the author of three books about apartheid). “There was a whole series of discussions I felt publicly and professionally engaged in,” he says. “I felt I’d be taken less seriously if I revealed to the world that I was a serious surfer.”

Once “Playing Doc’s Games” was published, however, concerns about outing himself as a serious surfer were quickly allayed. The article created serious buzz, and to this day, he receives correspondence regarding the story, an “almost unheard of afterlife” to his writing, he says. It also provided readers insight into a realm of Finnegan’s life that he had yet to truly explore on the page. Despite the two-part article totaling nearly 40,000 words, he knew much remained untold.

Barbarian Days is not comprised merely of a surfer’s old yarns, though. Ruminations about the “steel thread of violence” that seems to run through both surfing and Finnegan’s boyhood are raw and refreshingly honest. His reflections about surfing’s transformation from local Hawaiian tradition to full incorporation into the American zeitgeist offer broader but equally illuminating glimpses into American culture over the past century. But those reflections complement rather than divert from the heart of the book: Finnegan’s boundless and increasingly dangerous pursuit of surf. The element of danger in the water steadily, and palpably, builds throughout the narrative. By the end, the swells he’s chasing are heavy enough to abnegate breathing—for Finnegan and for readers.

That preoccupation led Finnegan to revisit old journals and letters written during his youth and years abroad, both of which became primary sources for the stories comprising Barbarian Days. Spanning from adolescence in surfing epicenters Hawaii and California to the worldwide surfing trek that comprised a large portion of his

twenties, Finnegan has been inextricably connected to the ocean most of his life. Even now, Finnegan regularly surfs near his New York City home or travels to Mexico, Fiji, or beyond in the name of surf. Waves may have been pursued with various degrees of fervor over the years, but his love of surfing has rarely waned, despite his acknowledgment that “surfing takes an incredible amount of effort and produces absolutely nothing. It’s kind of radical in that way, anarchic even,” he says. “You work long and hard and put up with a lot of physical discomfort to do this thing that has such an ineffable, personal, and fleeting reward. On the one hand it’s indefensible, but on the other hand it’s pure.”

Other surfers refer to this pursuit of purity as a “religious” endeavor. Contrarily, it can be argued surfing is an intellectual exercise, given the extreme sensibility, adaptability, and in-the-moment analysis it takes to surf (and survive) the serious waves Finnegan still chases. He is reluctant to use either label, but he does admit there is an indefinable quality to surfing that continually draws him back to the water. “It’s the experience of getting close to extreme beauty,” he explains. “There’s danger in serious, great waves, but it can’t be separated out from the beauty. It all goes together in this dense mixture in the moments of surfing at its best. I continue to look for these peak experiences.”