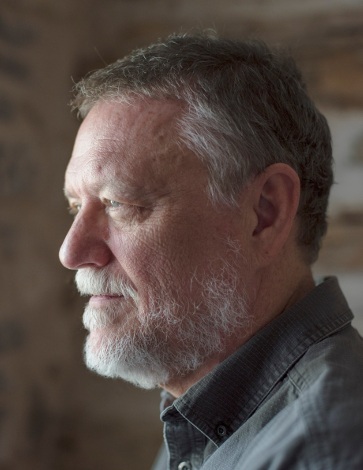 “If they move, kill ’em.” So spits Pike Bishop, the embittered but thoughtful outlaw leader played by William Holden, in the opening scene of Sam Peckinpah’s Western The Wild Bunch. Someone does move, and the killing begins, instigated by the supposed good guys. The killing does not end for another two and a half hours, and when it does, it ends in a storm of dust and blood.

The violence of The Wild Bunch shocked audiences on the film’s release in 1969. It is still unsettling today, though we have all seen much worse in films since—and on the evening news, for that matter.

Holden almost didn’t say those lines. Writes W.K. Stratton in his new book The Wild Bunch: Sam Peckinpah, a Revolution in Hollywood, and the Making of a Legendary Film, the part of Pike was first offered to Lee Marvin, a friend of Peckinpah’s who had been on hand at sessions in which, in fits and starts over several years, the film took shape in preproduction. Peckinpah may have had the chops and the reputation for a revisionist Western that would be at once homage to and a denunciation of the violent frontier, but he didn’t have much money. When Paramount Pictures came along and offered Marvin a cool million bucks to star against Clint Eastwood in Paint Your Wagon, Marvin jumped at a sum that, writes Stratton, “was enough in the late 1960s to set someone up for life.” And so it did, though at a cost to all involved, since Paint Your Wagon turned out to be a Western musical without leads who could sing, a film so bad that it doesn’t even qualify as a cult classic today.

So it was that Peckinpah went looking for a new Pike Bishop, finding him in the laconic Holden—but not before first considering Robert Mitchum, Burt Lancaster, Gregory Peck, Charlton Heston, and Sterling Hayden. Holden, as Stratton reveals, was no stranger to violence himself, and he “had a full reservoir of inner turmoil to draw upon.” Other cast members came together: Ben Johnson, John Wayne’s old sidekick, would play the coolly malevolent outlaw Tector Gorch against his more wildly psychotic brother Lyle, played by the always tightly wound Warren Oates. Ernest Borgnine, going much against type as the affable TV skipper of McHale’s Navy, was the explosive Dutch Engstrom. Actors who would appear in countless Westerns to come—L.Q. Jones, Strother Martin, and Dub Taylor among them—rounded out the cast, while the role of the antihero antagonist, a lawman who once rode with the outlaws and wishes he could do so again, was ably filled by the expressive Robert Ryan.

“It’s impossible to imagine The Wild Bunch with anyone else,” Stratton, who goes by Kip, tells Kirkus from his Texas home. “Peckinpah couldn’t have put together a better cast.” Moreover, he adds, Peckinpah staged his film on location in Mexico, and he put numerous Mexican actors and crew to work who were well-known at home but unknown to American audiences, including Alfonso Arau and Emilio Fernandez, opening the door to a wave of outstanding Mexican filmmakers who today number such luminaries as Guillermo del Toro and Alfonso Cuarón.

Stratton, like all those who saw the film way back in the day, was immediately struck by it—and by how close it struck home, too, in a time when the war in Vietnam was taking a turn very much for the worse. “I thought that I might like to write about the movie someday,” says Stratton. “A friend of mine even went to California and got to be friends with Peckinpah’s video archivist, whom he introduced me to. But the years went by. A while ago, it occurred to me that we were coming up on the 50th anniversary of the film, and another friend of mine, Glenn Frankel, was working on his book about the great John Ford film The Searchers, so all the signs pointed to my needing to get to work on The Wild Bunch.”

Stratton, a newspaper and magazine feature writer and author of books such as Chasing the Rodeo (2005) and Floyd Patterson: The Fighting Life of Boxing’s Invisible Champion (2012), did get to work, poring over film and documentary archives, interviewing surviving actors—“They realized that their work on the film was the peak of their lives, and they really wanted to share their stories”—and shaping the story of the film, one that takes on fresh immediacy in his hands. “It’s kind of a personal statement from me,” he says of his narrative, “since it deals a lot with matters that I care about a lot, such as the whole mythology of how the West came about.”

Mel Gibson, no stranger to the poetics of violence, is rumored to be working on a remake of The Wild Bunch, which will seem to purists like someone trying to improve on the Sistine Chapel. Kip Stratton isn’t overly worried at the prospect. “With his movie,” he says, “Sam Peckinpah put a nail in the coffin of the standard Old West story. As a newspaper reporter, I saw a lot of violence—but only Sam Peckinpah, at the time, gave us a picture of violence as it actually happened, very different from the sanitized violence of Gunsmoke, where Matt Dillon shoots a bad guy and then he and Chester go off and have a steak. Death isn’t pretty. It’s dirty. It’s awful. No one could show that better then—and no one can do it better now.”