Writing History, but with the Heart 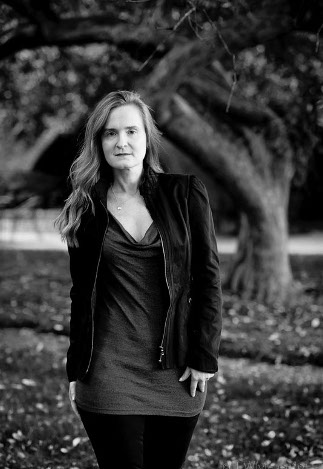 Last March, Amber Dermont swiftly emerged as a contemporary fiction writer to watch after the publication of her captivating debut novel, The Starboard Sea. The striking narrative garnered many enthusiastic readers and reviews for its sure-handed, authentic prose that vividly depicts the lives and tragedies of the young men and women of Bellingham, a seaside boarding school, in 1987.

A year later, Dermont returns with her first story collection, Damage Control. The novel and collection were apart of a two-book deal with St. Martin’s Press, and a majority of the stories were written amid the writing process of The Starboard Sea. “I switched between the stories and the novel,” explains Dermont. “I don’t think it’s a bad idea to have a lot of projects going at once, rotating off and on between them.”

Similar to Starboard Sea, Dermont excavates the quietly tragic lives of her disparate constellation of characters, each one of them losing and collecting parts of themselves during the course of each narrative. Deep-seated grief serves as the primary engine of these memorable stories, with the losses of spouses, family members, and other loved ones shaping the characters’ interior lives. “The humor is often what saves the character,” she says. “Their ability to see beyond the disappointment and into some brighter light.”

The opening story, “Lyndon,” charts the strange trip of a teenage daughter and her investment-banker mother to the LBJ ranch a year after the sudden passing of the narrator’s father. The germ of the story was inspired by the four years that Dermont lived in Texas when she was earning her Ph.D. in creative writing at the University of Houston. (Dermont is also a graduate of the Iowa Writers’ Workshop.) “There was something about living in Houston that was a tremendous trigger for the imagination,” explains Dermont. “I felt a need to fill in all of that space.” Another catalyst for the story is the author’s obsession with presidential history (she is an avid reader of Robert Caro’s presidential biographies) and periodic visits to obscure presidential landmarks. “I remember seeing a 12-year-old walking around the ranch. He was wearing a Bad Religion T-shirt and waving an American flag,” she says of a visit to the historic ranch in Johnson City, Texas. “I couldn’t stop imagining their lives. The kid was the angel for the story because he didn’t make it in, but triggered the main character.”

The title story of the collection follows Martin Foster as he attempts to reconcile the recent indictment of his girlfriend, Landon, while guiding a group of seemingly hapless adolescents through etiquette school. “Over the years, I’ve assured and reassured Landon that etiquette is nothing less than the grammar of living, the rules for civilization, the means by which humanity ascended to and reached its true potential,” Dermont writes. The idea evolved from an experience in a Gender Studies course that Dermont was teaching at Bennington several years ago. “One student was an adamant non-feminist amid a class of staunch liberals,” says Dermont. “I brought in an old etiquette book because I was fascinated by Miss Manners and protocols of how we should carry ourselves.” It turns out that the young woman had gone to etiquette school and Dermont learned that the boys that attended the school were paid. “Suddenly things turned around in that moment, and I stowed away the idea for four or five years,” she says. “Sometimes with poets, they have brilliant access to immediacy. With fiction writers, the narrative and structure take time. It can be years before the appropriate architecture and image present themselves.”

Currently, Dermont is working on a new novel titled The Laughing Girl, which will also be published by St. Martin’s (possibly in 2015). The narrative is inspired by the 1962 plane crash at Paris’ Orly Airport that took over a hundred lives of Atlanta’s most respected art patrons after a month-long tour of Europe’s famous museums and cultural sights. “It’s a moment in history that reflects an emergence of a new South and questions of cultural appropriation and privilege and race that is of great importance to me,” explains Dermont. “I think it’s a moment worth writing about.”

Given the historical nature of the narrative, the new project requires a different approach as well as research. “Research can be seductive,” admits Dermont. “If you are of a certain mind, you might love to pursue it more than the writing.” At Iowa, Dermont studied with the acclaimed writer Barry Hannah. “He was incredibly wise and such a great articulator of the human heart,” says Dermont. “He said that a writer didn’t need to know much about history; instead, it’s a writer’s job to write history. You want to get the details right, but you also want to think about the characters and their interiority and their place within that history—and it’s up to you to get it emotionally right.”

S. Kirk Walsh has written for Guernica, The San Francisco Chronicle, The New York Times, and The Boston Globe, among other publications. She is at work on a novel.