YA or STFU: Got a Problem with Problem Novels? 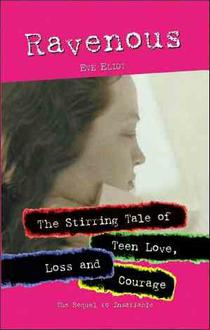 Read more YA at Kirkus with Bookshelves of Doom and the YaYaYas.

The appeal of these novels lies in their mostly black-and-white portrayal of complex problems, the moral high ground the authors encourage you to assume as you participate in the judgment of errant protagonists and in the salacious schadenfreude these kinds of books tend to affect.

While it’s now somewhat socially acceptable to admit to loving the problem novel, even if that love exists for all the wrong reasons (salacious schadenfreude!),  it’s still not cool to confess to approaching some of the newer, edgier realistic young adult fiction with that same prurient interest. Take the extreme example of Ouida Sebestyen’s The Girl in the Box (1988, Joy St. Books). The premise: Jackie, a high school student, is kidnapped and kept in a cement cell with little food and water. She never sees her kidnapper, and she’s uncertain as to her fate. She does, however improbably, have her typewriter and a ream of paper with her. Thus, the novel is comprised of her narrative—typed blindly—of captivity and portends her eventual death.

What a horrific situation, right? But, it’s that horror that really drives the novel. Suspense is built as you wonder who kidnapped Jackie and why; however, this question is made background as you devour the details of her survival: rationing limited stores of food and water, going to the bathroom in a plastic bag, typing desperately in the dark! The sensationalism of The Girl in the Box is hard to deny. Reading it is kind of like reading a “Drama in Real Life” in The Readers’ Digest.

What about the less overtly sensational? What about Elizabeth Scott’s Living Dead Girl (2008, Simon Pulse), Catherine Atkins’ When Jeff Comes Home (1999, Putnum), and Lucy Christopher’s Stolen (2010, Chicken House)? These books are admittedly more literary than the problem novels I describe above; however, the pleasure I take in reading these is similar to that I associate with more easily mocked “issue books.” While Scott’s, Atkins’ and Christopher’s novels each place their characters in more realistically horrific situations, suspense is built as the author particularizes the issue. Take When Jeff Comes Home. This is one of my favorite books, not just because it makes a bold and feminist statement about sexual victimization, but because it also works as a visceral horror novel. The way the novel’s ultimate antagonist, Ray, appears and reappears in the life of hero Jeff is very horror-esque. He’s like Jason or Freddie—he can’t be killed!

Now some folks might say that I must be some kind of pervert if I take pleasure in a book like Atkins’ or Scott’s. How can I profess to enjoy a book about rape, sexual slavery or kidnapping?  At their centers, however, that’s not what these books are entirely all about. Unlike those laughable problem novels where an issue is painted in broad strokes at the center of the text, in the books I describe above, the issue becomes a literary conduit for a greater statement about humanity and, as its narrative may leave us tense and breathless, the very fact that the words on a page can—and do!—have this effect amazes me and gives me pleasure.