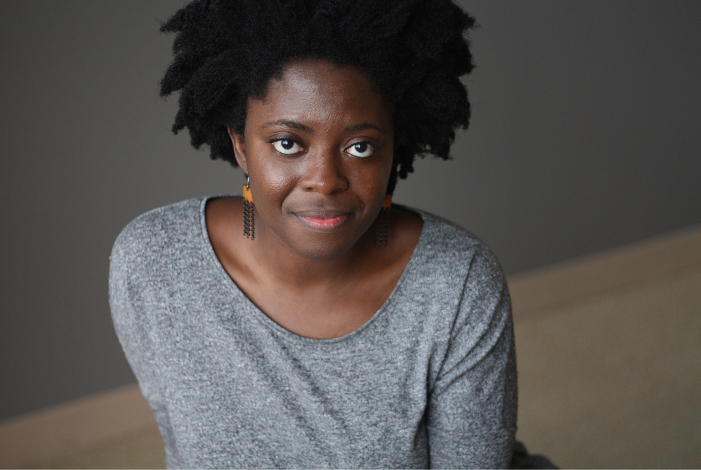 The structure of Yaa Gyasi’s debut novel, Homegoing, is all wide sweep and ambition, covering three centuries and a host of characters between Ghana and the United States to depict the long and harrowing reach of slavery. But even while the novel’s scope expanded, Gyasi’s chief concern was keeping the story on an individual level.

“We have a tendency to look upon our ancestors as though they were less smart or less moral than us,” Gyasi says. “Were we living in the 18th century, we wouldn't have made those same mistakes. Us as individuals, we would've been better people. I think history makes clear that it's actually quite difficult to make your own decisions when the big socio-economic political system is all driven by whatever it is at the time.”

That point plays out in a multitude of ways across Homegoing’s 14 chapters. In the 1700s, the daughter of a tribal leader marries a British man only to discover the “castle” where he keeps slaves; in the 1880s, a coal miner labors for his freedom but can only get so far in Jim Crow Alabama; in the 1960s, a civil rights activist descends into addiction. At each point the urge for heroism collides with the suppressive institutions of the time.

Gyasi, 26, initially had narrower plans for the novel. As an undergraduate at Stanford, she visited the Cape Coast Castle—that jail for slaves in her native Ghana—and envisioned a story that would cover the early years of the slave trade, then leap to its legacy in the 21st century. Once she arrived at the Iowa Writers’ Workshop in 2012, however, she saw the need to fill in the history.

“I realized that what I really wanted to do was to be able to look at something, in this case slavery, very closely over a very long period of time, 250 years, three centuries,” she says. “I realized that what I needed was a structure that would allow me to make pit stops…in as many of the big moments in history along the way between those two time periods. That was the hardest part.”

Getting the emotional impact of slavery’s effects on her characters, from African colonialism to the Fugitive Slave Act to the civil rights movement and beyond, meant more for Gyasi than filling Homegoing with lots of historical detail. Though she was born in Ghana and raised in Alabama, she has lived in at least five U.S. states. “For me, place has always been kind of mutable,” she says. “I have always felt comfortable with the idea of being in a different place entirely. Perhaps that's a little bit of why I felt comfortable writing a novel like this.”

Enthusiasm for Homegoing started early: last November, Ta-Nehisi Coates praised the novel in a series of tweets. (“This is the book I’d give to my kid if he asked about the trans-Atlantic slave trade,” he wrote.) “I kind of lost my mind a little bit,” she says.

Yet while Homegoing echoes Coates’ interest in the roots of racism in America, Gyasi also stresses that the novel argues for the need for individual defiance. “How do you say, ‘I'm going to be my own nation’ when your nation is involved in the slave trade?” she asks. “You can’t be your own nation, but you want to try.”

Mark Athitakis is a reviewer in Phoenix and regular contributor to Kirkus Reviews.