Yiyun Li Is the Patron Saint of Slow Reading 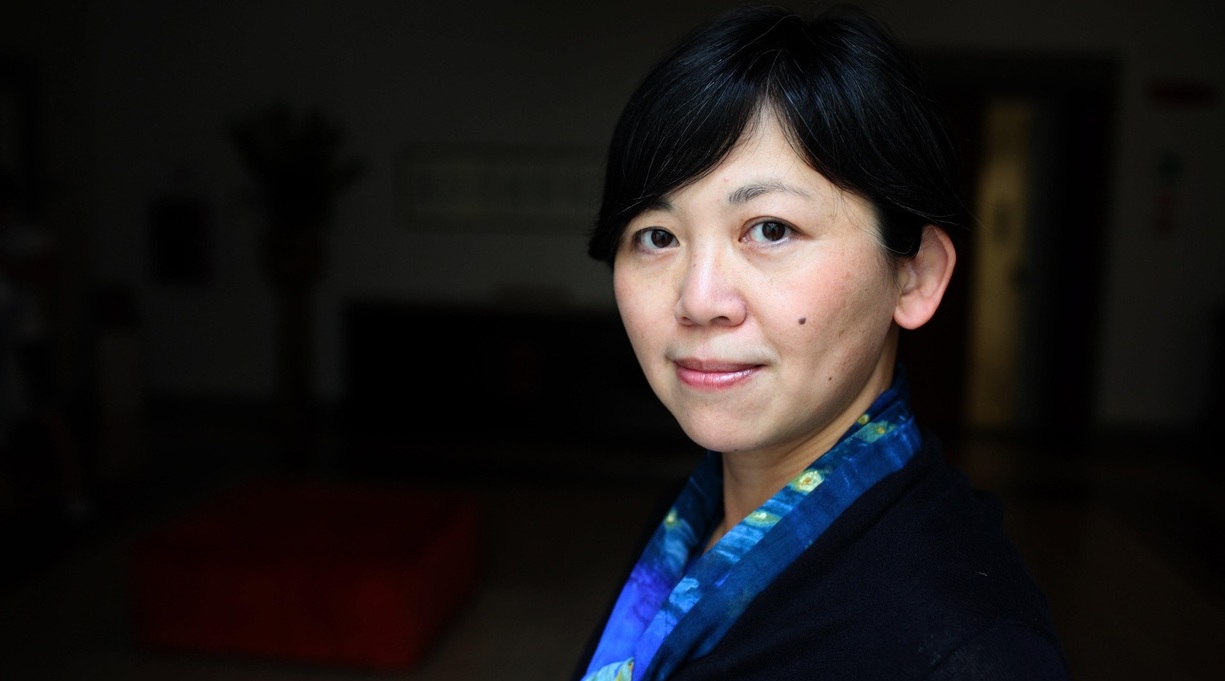 Yiyun Li’s fifth novel, The Book of Goose (Farrar, Straus and Giroux, Sept. 20), turns on the peculiar friendship between two preteen French farm girls shortly after World War II. Fabienne is precocious and creative, with an affinity for the transgressive and macabre. Agnès is more reserved but eager to follow along. Fabienne dictates a series of stories to Agnès that becomes a literary sensation; Agnès, the public face of the duo, is wrongly hailed as a prodigy and sent to a British private school to perfect a craft she doesn’t possess.

Li, who’s received a MacArthur Fellowship among many other literary honors, was inspired to write Goose by an Elizabeth Bowen review of ’50s-era books by four French child prodigies, one of whom was a sham genius much like Agnès. But the drama in the novel is mostly interior, in keeping with Li’s deeply contemplative, precise, and often melancholy writing.

Speaking by video chat from her home in Princeton, New Jersey (she teaches at Princeton University), Li discussed the motivations behind The Book of Goose, the popular group-reads of classics she led during the pandemic, and the virtues of slow reading. This conversation has been edited for length and clarity.

One of the key lines in this book is, “Nothing is more inexplicable than friendship and childhood.” What interests you about childhood friendship as a subject?

I find it so fascinating. When two children meet each other, very rarely do they smile at each other. They just look at each other and bypass the small-talk stage to get to the essence of things. I see you. Do I know you? Do I want to know you? I was thinking about how childhood friendship is formed and how it’s so instrumental to who we become.

Those friendships can be mysterious. Agnès and Fabienne invent their own way to relate with each other, wholly apart from adult norms.

Yes, and I think when I was younger that was probably more prominent. With the internet, there’s a circulated language and kids are less isolated. In the ’70s and ’80s, when I was a child, consciousness was entirely wrapped around who we were talking to day to day, who your best friend was. Friendship during that developmental stage often provides the circumstance for our entire being, language, and consciousness.

This story was inspired in part by the story of a young French girl who became a literary celebrity before being exposed as a fraud. What did you want to explore in that incident?

I thought it was an interesting little hoax. I’m sure it happens these days, but they get forgotten. When the narrative is not so neat, people just throw it away and move on to the next prodigy. But I wasn’t really interested in the prodigy per se. I wanted to write about a pair of friends and how, together, they outsmarted the world, at least for a period of time. And also how they formed each other.

Did you have any models for writing about friendship in this way? Elena Ferrante would be an obvious recent example.

It’s so funny: After I turned in the manuscript, everybody mentioned Elena Ferrante, but she did not cross my mind. At all. I didn’t even think about it. Ferrante’s books are about a decadeslong friendship, and I was more interested in that period between ages 12 and 14, just on the cusp of becoming grown-ups but still children. There’s something very pure and a little bit nasty about that age. It’s a very complicated thing. The closest example I can think of in fiction about girls that age would be [Muriel Spark’s 1961 novel] The Prime of Miss Jean Brodie.

It struck me that this might be a very different book if it were written from Fabienne’s perspective.

Oh, I would never have let Fabienne write this book.

She has a lot of opinions and ideas and thoughts and feelings about the world, and I’m more interested in how those things are reflected by Agnès’ consciousness. Fabienne is a sharper, brighter character. She’s sort of like a diamond, sharp and clear. I like the muddiness, those smudges in the characters.

How do you feel this book fits with your other work?

People will say, “This is not about China, this is not about Asian Americans.” But I think it’s consistent with the kind of characters and subject matter I pay attention to: loneliness and the very complicated and inexplicable interior landscapes of people. From the outside, this book might look a little different. But from where I’m looking, it’s just another book by me.

You were working on this book during the pandemic. Did that change your process?

The pandemic can be claustrophobic: You’re just there with your own characters. But in a funny way it was a very good thing. I was just immersed with these characters. They were as real to me, probably more real to me, than the rest of the world.

Since the pandemic started, you’ve led online book clubs for War and Peace and Moby-Dick that drew large followings. Did that experience change how you think about your work or your relationship with readers?

I realized that there’s something very special about reading slowly, just a small segment a day. I hate when someone says, “I devoured that book.” No. You have to savor it. You have to decant the book. You have to let it breathe. I’m always patient, but I’ve become much more patient. I’m astronomically patient at this point.

Do you have another group-read planned?

In November we’re going to read Charlotte Brontë’s Villette (1853). I love that novel. It doesn’t get as much attention as Jane Eyre, but it’s very contemporary. Jane Eyre could only happen in that house, in that setting. With Villette, I feel like you can see its main character, Lucy Snowe, walking down the street in any city at this moment.

Earlier this year you received the PEN/Malamud Award for Excellence in the Short Story. Do you have a new collection coming?

Maybe five years ago, I had an entire collection ready to go, and then it just happened that I was bringing out other books instead. But I think next fall there’s going to be a collection of stories. My last one, Gold Boy, Emerald Girl, was published in 2010, so it’s been a little while. I probably have more stories than I can fit into one collection now. I may have to do some rearranging.

What are you teaching at Princeton?

I teach fiction writing. One thing I learned about my students is if you give them a book to read, the day before a deadline, they can read very fast. Apparently in an hour they can read 100 pages [laughs]. So last year, and I’m going to do this again, I used a very good book for slow reading: Marilynne Robinson’s Housekeeping. You cannot rush through that book in one sitting. I assigned them just one chapter a week. They have to spend seven days reading 10 pages and annotate those 10 pages. When you ask them to slow down, they’re reading words. They’re reading sentences, images. They’re reading their own thoughts. If you read too fast, that never happens. When I collected all my students’ annotations, I thought, “This is the best criticism ever written about Housekeeping.”