You-Know-Who Is Back in Elizabeth Strout’s New Novel, Olive, Again 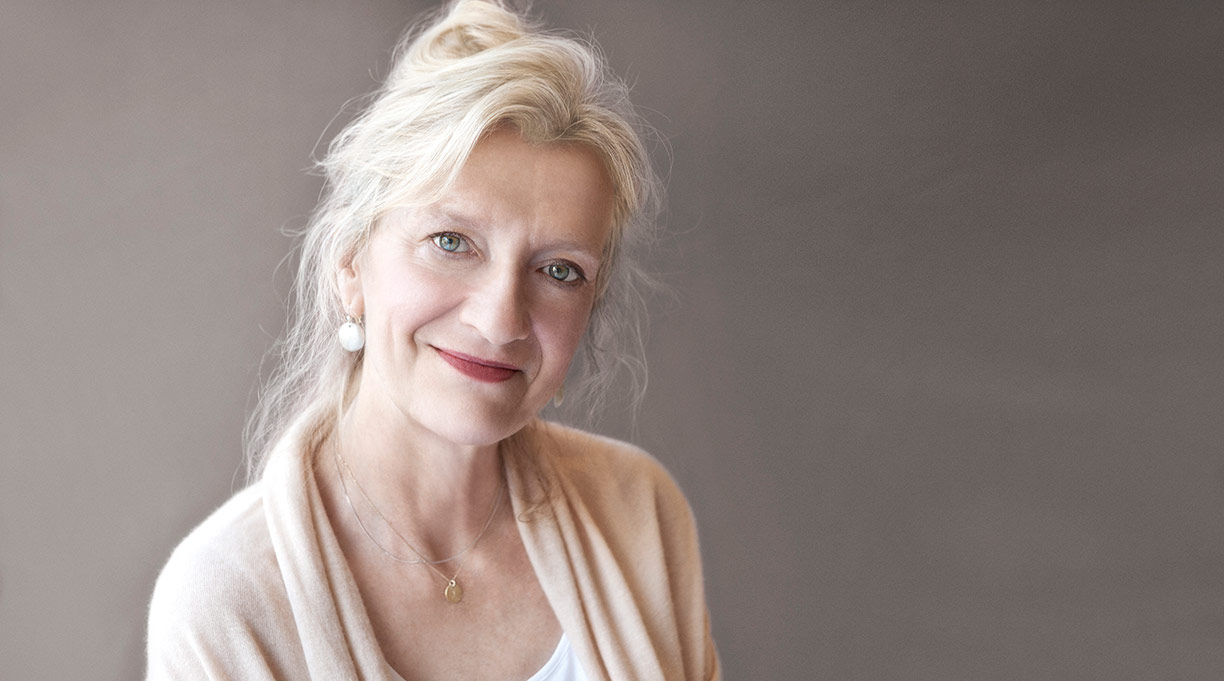 “She just showed up,” says Elizabeth Strout. “She” is the formidable title character in Strout’s 2008 Pulitzer Prize winner, Olive Kitteridge, who makes a welcome return in Olive, Again  (Random House, Oct. 15). This new installment follows recently widowed Olive through her 70s and early 80s, as she remarries, engages and sometimes enrages the inhabitants of Crosby, Maine, with her usual blend of gruffness and compassion, and finds a true friend at last. (We won’t give it away, but longtime Strout fans will be delighted by her new friend’s identity.)

“I never, ever thought I’d write about Olive again,” Strout continues. “But I found myself alone in a European city for the weekend, so I went to a café, and boom! I saw Olive nosing herself into the marina, and I had to write it down. I got that story sketched out, and then I came back and forgot about her, until I found a box of Olive scraps in my studio and thought, ‘Uh-oh, I guess I’d better deal with her.’”

The scene Strout envisioned in Europe turns up in “The Poet,” one of the 13 linked stories in Olive, Again. Strout first employed this form, which offers glimpses of many lives through many eyes, when she wrote Olive Kitteridge. “It was because I thought: She’s just too much for the reader to take; you don’t want to see Olive every time you turn the page,” Strout explains. “We didn’t need a full-frontal attack by Olive in every story. Then I thought, I’m always interested in different people’s points of view, and let’s assume that Olive is seen in one particular way by all these different people in this small town; everybody thinks they know her, but they don’t. That was intriguing to me, and I was very interested in these other townspeople as well. Also, I think my mind kind of works that way; as I was writing [her 2017 novel-in-stories] Anything Is Possible, I thought: This is what I always want to be doing!”

Anything Is Possible complemented the story begun in My Name Is Lucy Barton  (2016), Strout’s intensely focused first-person novel about a woman grappling with her relationship with her parents and her past during a hospital stay. “I played with the idea of publishing them together,” Strout recalls, “but in the end I didn’t think it would be right. The voice in My Name Is Lucy Barton is so particular; I didn’t want readers to turn the page from that first-person voice to a third-person narrative.”

Olive, Again, is all in the third person, but that doesn’t keep Strout from intimately conveying Olive’s odyssey as she strives in her flinty way to make sense of her life—and life in general. “That was interesting,” says Strout, who often sounds surprised by the turns her characters take. She agrees heartily with the suggestion that she is an instinctive writer. “I don’t write anything from beginning to end, not even a story, so as I was writing out the different scenes of Olive, Again, I wasn’t sure where it would go. I kept thinking, ‘OK, Olive, what are you going to be thinking at the end?’ When Olive writes, ‘Truthfully, I do not understand a thing,’ it’s a little bit ironic, because she does understand certain things; we as readers see that she does. But because she’s Olive, she can’t just say, ‘Hmm, I’m not sure I really understand this thing called life; she’s always going to be a little bit extreme and say, ‘Nope, I just don’t get it.’”

Wendy Smith reviews books frequently for the Washington Post and the Boston Globe.