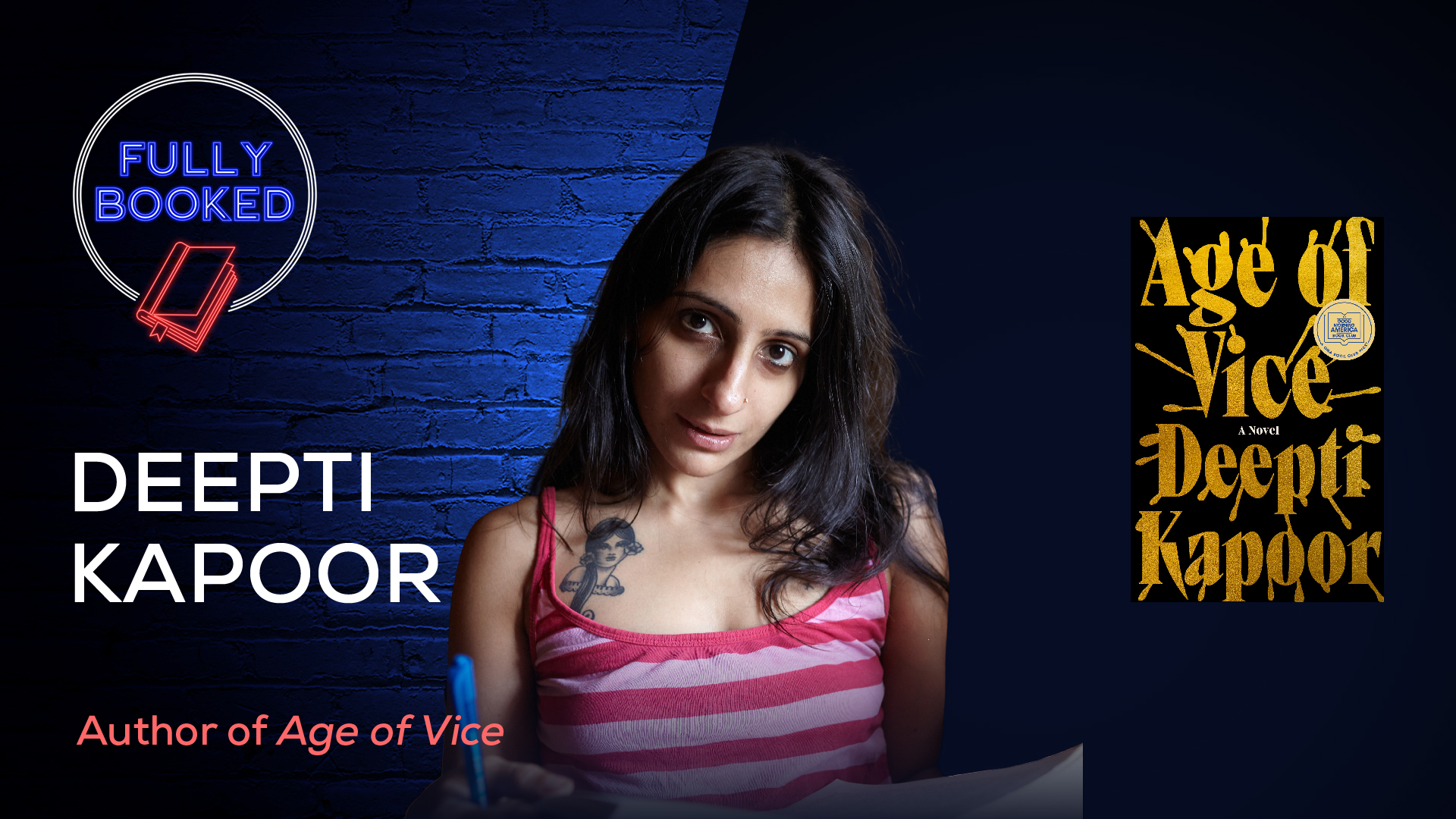 On this week’s episode, Deepti Kapoor joins us to discuss Age of Vice (Riverhead, Jan. 3), a cinematic thriller centering on the rich and powerful Wadia family and their associates. Set in New Delhi and Uttar Pradesh, India, this fast-paced family saga—the first in a planned trilogy—sold immediately in 20 countries worldwide. It’s the January GMA Book Club pick and currently under series development by FX.

Here’s a bit from Kirkus’ review of Age of Vice: “Kapoor’s sprawling second novel opens with a horrific scene: five day laborers lying dead on a New Delhi street, killed after being struck by a Mercedes early in the morning. When the police arrive, they find Ajay, a young man, at the wheel, an empty bottle of scotch nearby.…Kapoor switches points of view and timelines throughout the book to great effect; it doesn’t take long for the reader to become invested in the Mario Puzo–esque drama of the Wadia family and their associates. Fans of crime novels will find much to admire in this quite entertaining book.”

Kapoor and host Megan Labrise discuss the use of the word thriller to describe Age of Vice; writing the first novel in a planned trilogy; main characters Ajay, Sunny, and Nedda—where they’re from, what they desire; writing about a rarefied world; Kapoor’s experience working as a journalist in Delhi; capturing the city in fiction; personal transformations; the anticipation of seeing her characters brought to life onscreen; and much more.