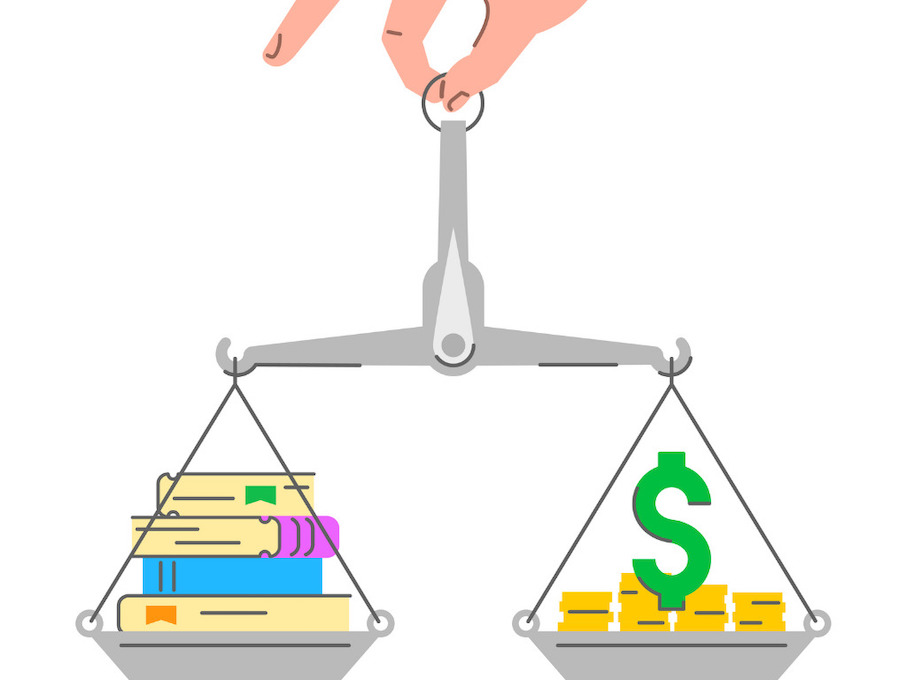 How did Fifty Shades of Grey become such a breakout hit? And more important, can this recipe for success work for you too? While it’s true that there's no way to predict how successful a self-published book will be, there’s much to be learned from those who’ve paved the way. With hard work, timing, and a whole lot of persistence, the rewards can be enormous—and these five indie authors are proof.

Here, we'll be sharing some of the secret―and not-so-secret―tips and tricks that helped turn five self-published books into some of today's most famous indie success stories.

Why the World Fell in Love with Fifty Shades...

The book depicted explicit scenes of sex, but that wasn’t the only thing that kept readers turning pages: the story, at its core, was about pushing personal and interpersonal boundaries, developing trust, and letting go of inhibition—three themes that are pretty universal.

Fifty Shades was originally a piece of fan fiction based on the hugely popular Twilight series. Earlier in her career, she published small pieces of this Twilight fan fiction online and engaged with her readers. More important, she listened to their advice and followed it.

The result wasn't just a more accessible book that would become a bestseller; James created a loyal community of fans. And fans are always eager to support their favorite authors.

4. She marketed the heck out of it.

James's approach combined two tried-and-true strategies: The first is that she got book blogs heavily involved, sending out copies of her book for review. The subsequent reviews increased both James's following and her fan base.

She also made an enormous effort to engage fans through social media. Through posting personal photos, inspiration for the books (such as photos of Christian Grey's apartment), and sharing related content, James invited readers into her world along with the world of her characters. And that's not only engaged readers—it kept them engaged.

How exactly does a Martian become a bestseller?

The Martian, which became an Oscar-nominated film starring Matt Damon, first got its start as a self-published book by author Andy Weir. Combining Weir’s love of books with his love of space nerdery, The Martian is a science-fiction tale about a man who is abandoned on Mars and must rely on his wits—and science—to survive. But Andy Weir didn't use social media to market his book. He didn't even have a Facebook page. So how did he turn a series of self-published chapters on his blog into a bestseller?

1. He blinded readers with science.

Weir combined a tense, fast-paced plot with real science. Most of the technology featured in the book is based on real-life technology, and Weir's enthusiasm for it is present on every page.

Like E.L. James, he also listened to what his readers had to say about early drafts. Implementing their suggestions—especially those from actual scientists—contributed to the book's realism and believability.

3. He made the price right.

When readers started asking for an e-book, Weir created one. In order to make it accessible to the widest audience, he published it through the Kindle Direct Publishing program and charged only 99 cents for it.

Suddenly readers were leaving all kinds of positive reviews, and after a few months, it was one of Amazon's bestselling science fiction books. The result? A book agent reached out to Weir, and within a week, Random House offered him a contract and he sold the movie rights to the film.

A paranormal hit... and the beginning of the digital publishing revolution.

One of the most unexpected success stories is author Amanda Hocking's release of her paranormal e-book, My Blood Approves. The story has it that Hocking—who had been repeatedly rejected by publishers and agents—just wanted to make a few hundred dollars to go see the Muppets. Instead she sold 1.5 million books in less than two years. But how did it happen?

1. She used more than one publishing platform.

Not only did Hocking want Amazon readers to be able to buy her book, but she also published My Blood Approves through Smashwords, ensuring that readers on other devices and buying from other retailers could read her book. With paranormal romance, one of the hottest genres at the time, she didn't leave anyone out.

2. She had a smart sales plan.

Hocking decided to sell My Blood Approves for 99 cents in order to appeal to new readers who weren't yet fans. Then she released the sequels for $2.99 each. The tactic worked. By drawing in readers with one budget-friendly hit, she made more money from subsequent books.

It's no secret that one of the best methods to increase your book sales is to keep releasing new books. The bigger an author's catalog, the greater the jump in their overall sales. Hocking, who had more than fifteen books (along with novellas) already written, was already well ahead of the game.

4. She spent money on a great cover.

Hocking believes that people do judge books by their cover, and her sales prove it. She has said that hundreds (and possibly thousands) of readers admitted to purchasing her books based solely on the cover.

A thriller that went the extra mile

Mark Dawson had already self-published a book with discouraging results. With his next book, The Black Mile, he decided to do something different. And that difference launched his book into bestseller status over the course of a single weekend, selling 50,000 copies.

Determined to get his name (and his thriller) in reader's hands, Dawson published The Black Mile for free through Amazon's Kindle Direct Publishing program. The result was electrifying. It also, unfortunately, taught him an important lesson: free books don't earn an author any money.

2. He followed up the success of The Black Mile with a new book.

Now that he was a bestseller, Dawson realized he had no other book to sell. So what did he do? He used it as a “kick” to start writing a new book immediately.

3. He made it a priority to engage with his fans.

Dawson responds to all of his fans’ messages and works to maintain those relationships. He also uses this popularity to hold writing seminars. And to top it all off, he's created a massive mailing list of 15,000 people (or more) so he has a ready fanbase of readers for every new book announcement.

4. He invests in social media advertising.

At one point, Dawson was investing $370 a day into Facebook ads, a practice he says more than pays for itself. In fact, he makes roughly double that in daily sales.

Someone told her she had to write a book... so she did.

Speaker and coach Honorée Corder took the advice of Mark Victor Hanson, the co-author of The Chicken Soup for the Soul series, who told her she “must write a book.” And she did—and it was called You Must Write A Book. Now the bestselling author has written dozens of self-help books and sold almost a million copies.

1. She sold her books in bulk.

Rather than reach out to individual readers, Corder followed Hanson's advice and approached members of her personal and business network who she thought would buy more than ten copies of her book, then turn around and use them as a promotional tool.

In several cases, she sold upward of 1,000 books to a single customer or company, who would tuck their business card inside and then give the book away.

2. Corder advertises in her own books.

She lets readers know how to buy her books in bulk, as well as encourages them to engage with her through social media or her newsletter, and even book her as a speaker. Corder later found that some customers would buy thousands of her books—if they could create a unique back cover that included their business information for promotional purposes.

3. She sneaks her books into bookstores.

Corder is known to leave copies of her books in bookstores. Invariably, a customer would try to buy it, and often the bookseller would call the number in the book asking how to sell it.