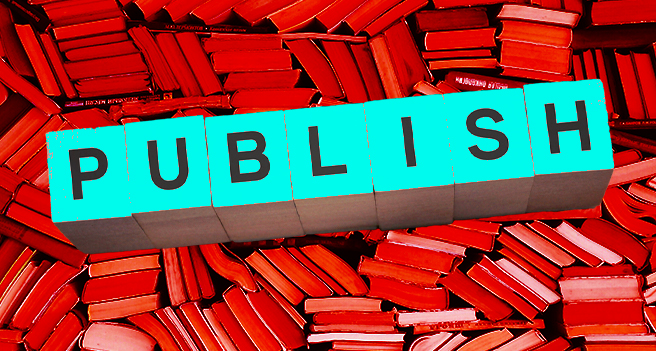 Literary agents’ criteria for signing indie authors shifts with the marketplace. (For more on this, see our Word on the Street series.) We spoke with three agents about current stumbling blocks they navigate when working with authors who want to switch from indie to traditional publishing. All agree on one point: traditional publishers are more skittish than just a few years ago about selling self-pubbed books. Other takeaways: indie authors should understand the difference in contract terms between self- and traditional publishing and—although it seems obvious, it isn’t to everyone—communicate effectively with agents.

Ryan outlined the problems she’s seen. One is that indie authors balk at typical contract terms. “Because self-published authors have had the experience of getting royalties as high as 70% per book sold, I have several times had authors refuse a deal with a traditional publisher because they will make considerably less per book,” she said. “I say chances are they would make more money from a traditional publisher eventually—with all the sales help and exposure and national distribution that a traditional publisher provides—but, of course, there are no guarantees.”

Not only are indie authors used to getting bigger pieces of the pie (although it may be a smaller pie), they’re also used to setting their own publishing pace, which is, most likely, a lot faster than traditional publishing. Ryan said, “Book publishing works rather slowly and deliberately. It takes a long time to get everything and everyone moving ahead together for a successful publication. It’s totally unlike self-publishing, where the only person you have to prod into movement is one’s self.”

Agents work very hard whipping books and proposals into shape, and if the author backs out of a potential sale, agents will have nothing to show for their considerable time and effort. “I now have in my contract a clause that says I get a share of the self-published royalties if the author changes his or her mind and decides to self-publish the book,” said Ryan.

A big obstacle for indie authors landing an agent is a poor showing in the marketplace. “Once a book has an ISBN, any publisher can track its sales,” Ryan said. “Since in my experience most self-published books sell 100 copies or less, it becomes exceedingly difficult to sell to a traditional publisher. It’s not impossible, but it’s a lot to overcome. Remember, so often we are selling a dream—but there’s nothing like dismal sales to squelch a dream. Sales of anywhere from 5,000 to 10,000 are what will interest a publisher and keep that dream alive!”

Still, all is not lost for a perseverant, talented indie author with low sales. Ryan said, “If the idea is extraordinary and the author has a good platform, I’d be delighted to consider a self-published project.”

Daniel Lazar, an agent at Writers House, echoed Ryan’s take on publishers often wanting impressive sales numbers before even considering a self-pubbed author. Still, he operates on a case-by-case basis. Lazar said, “I’ve worked with a number of originally self-published authors, and the experience is idiosyncratic each time. A striking cover or title always catches my interest. From there, if it’s a self-pubbed book, I would consider it with as open a mind as any other manuscript. But the sales bar has gotten so much higher; selling even many thousands of units online doesn’t always mean that sales momentum will translate to traditional publishing and across other accounts.”

Marisa A. Corvisiero, senior literary agent and founder of Corvisiero Literary Agency, also noted that publishers’ attitudes have shifted. In one case, Corvisiero was seriously considering working with an author, who had sent her his unpublished manuscript, when she learned he’d self-published it in the interim. He’d assumed Corvisiero would still want to take it on. “Sadly this is not the case,” she said. “The days when publishers take over already published books are far far away and very few in between unless the book sells really well or hits a list in a short period of time. In which case they still look at the numbers and price and past sales history to project how well they can sell it.”

The bottom line is to adjust expectations and have an open line of communication with an interested agent, she said. Failing to communicate with an agent and taking their efforts for granted “is not a very assuring way to start a partnership.”

Corvisiero listed the do’s and don’ts for working with her, which can be applied to most agents.

She will consider working with authors who:

She will avoid those authors who:

Corvisiero is happy to consider working with those authors who meet the above criteria. “The agent-author relationship can only work successfully when the agent and the author work as partners in publishing with the goal of doing it successfully and fostering growth in the author’s career,” she said. “Although good work is necessary, it isn’t enough for a successful long-term relationship. The better matched the author is to the agent, the better chances they will have to succeed together.”

—Karen Schechner is the vice president of Kirkus Indie.