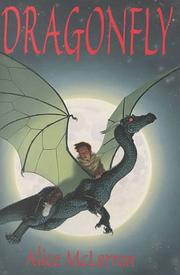 CHILDREN'S
Released: Sept. 1, 2000
DRAGONFLY
by Alice McLerran
CHILDREN'S
Released: Sept. 1, 2000
DRAGONFLY
by Alice McLerran
In this lightweight tale of three children who bring home a dragon's egg, the grownups are, for once, co-conspirators rather than obstacles. The dragonling that hatches on Jason's little sister Rose's bed doesn't stay a secret for long—but, amazingly, not only are Mom and Dad enchanted with Drac, so are local handyman "Flash" Martin and nosy librarian Amelia Binns. Everyone willingly puts heads together to figure out how to feed and care for Drac, and, most important, to keep her out of the public eye; tasks complicated considerably by Drac's ability to fly, spit flames, and, shedding skins as she goes, grow like a weed. Among other satellite plot lines, McLerran (Year of the Ranch, 1996, etc.) gives Jason a severe case of middle-siblingitis to get over and his father a midlife career change; meanwhile, Drac reaches maturity, repays her extended family both with untold wealth—the scales on all those shed skins turn out to be pure gold—and a deserted island to live on so they can all stay together, then lays an egg of her own. The various subplots are wrapped up neatly, and Drac, outwardly as fearsome as can be but actually gentle and sociable, will appeal strongly to young dragon fans. (Fiction. 10-12)Read full book review > 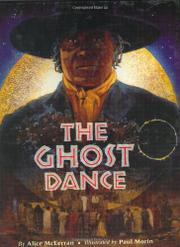 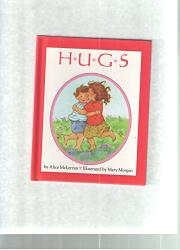 CHILDREN'S
Released: Jan. 1, 1993
HUGS
by Alice McLerran, illustrated by Mary Morgan
CHILDREN'S
Released: Jan. 1, 1993
HUGS
by Alice McLerran, illustrated by Mary Morgan
An appealing pocket-sized book explores a concept that every loving parent enjoys teaching. In succinct, deftly phrased quatrains, McLerran sums up the uses and messages of hugs (``A hug can mean `Hello there!'/A hug can mean `Good-bye'''), some touchy situations (``At times you want to hug them back./At times you'd rather not''; ``A kitten sometimes likes a hug,/But just a very light one''). Morgan's cheery, skillfully limned toddlers and their caregivers are a heartwarming, multicultural bunch. A companion book, Kisses (what else?), gets into metaphorical kissing as well as the regular kind: ``The weather gives you kisses, too...Sun on your cheek,/snow on your tongue....'' A disarming valentine of a book, for a small friend or a larger one. (Picture book. 1-5) Read full book review > 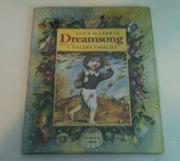 BEDTIME BOOK
Released: Oct. 21, 1992
DREAMSONG
by Alice McLerran, illustrated by Valery Vasiliev
BEDTIME BOOK
Released: Oct. 21, 1992
DREAMSONG
by Alice McLerran, illustrated by Valery Vasiliev
With his parents' blessing, little Pavel sets off to search for the lovely song that he hears each night in his dreams but can never remember when he wakes. Following a river, he hears snatches of the song as it ripples against its banks, in a shepherd boy's flute in a mountain meadow, and in the cottage of an old harpmaker at the river's source. Home again as bidden, by sunset, the weary child falls asleep so fast that, once again, when his mother sings the familiar lullaby he hears it only in his dreams. A charming bedtime story, sweetly told and set in the long ago and far away. Green and gold tones predominate in luxuriant pictures, brimming with birds, butterflies, and flowers, by a gifted Russian illustrator in a fine US debut. (Picture book. 5-8) Read full book review > 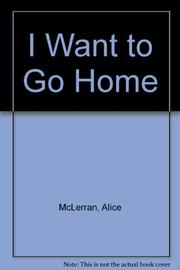 CHILDREN'S
Released: April 22, 1991
ROXABOXEN
by Alice McLerran, illustrated by Barbara Cooney
CHILDREN'S
Released: April 22, 1991
ROXABOXEN
by Alice McLerran, illustrated by Barbara Cooney
The author recalls a rocky Arizona hilltop where her mother and the neighborhood friends of her childhood fashioned a town from old crates, rocks, and an endless supply of imagination. Streets and houses were added, offices held ("Marian was mayor of course; that was just the way she was. Nobody minded"), businesses thrived, and found objects were put to artful use. There were sticks as swift horses to ride, a jail with cactus on the floor, wars (the fort was always safe), a cemetery (just one dead lizard, and flowers)—a microcosmic world of happy improvisation. Turning her palette to dusty blues and the other rich hues of the desert, Cooney captures the setting and the joy with her usual lucid design, gentle wit, and grasp of what is beguiling and significant. Many books memorialize imaginative play in the hope of inspiring a new generation, but rarely with so much creative and evocative power. (Picture book. 4-8)Read full book review >