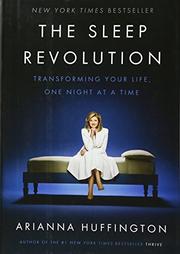 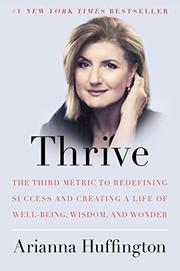 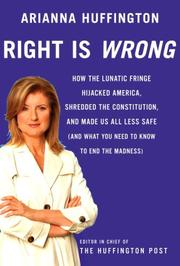 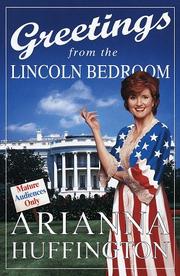 Released: April 15, 1998
GREETINGS FROM THE LINCOLN BEDROOM
by Arianna Huffington
Released: April 15, 1998
GREETINGS FROM THE LINCOLN BEDROOM
by Arianna Huffington
First fiction from Huffington (The Fourth Instinct, 1994, etc.), the frisky doyenne of the political right, who now offers her wacky take on one-night rentals of the Lincoln Bedroom. Huffington hails from the Adriatic cradle of democracy, but beware of Greeks bearing gripes. The author plays rough. In her imaginary weekend in the Executive Mansion, she meets and dumps on every player in the Democrats' campaign-contribution fiasco, from the Clintons and the Veep (in the guise of an immovable mannequin) to Carville and the many Chinese Contributors. There are strange appearances by Don Fowler, Mark Russell, and, as if for the sake of thoroughness, Bill Gates and Maya Angelou. Huffington mocks the physical statures of Stephanopoulos and Shalala, Reich and Reno. (There's no mention of the bulk of Limbaugh; well, that's been done.) Speaker Newt, to be fair, gets his due in the testy farrago. Corporate bigwigs, too, are treated harshly (for supporting the wrong party?). The author gleefully drops names, only to stomp on them. The one truly sapient creature in the White House is First Cat Socks, who acts as chorus to the madness. There are, to be sure, some palpable hits—as in the observation that Clinton is really "two very specific people: Nixon and Elvis"—but these are like raisins in the mush of Huffington's animus. Appended descriptions of some of the principal players and assorted folk who have been reported actually to have sojourned in the White House are, being rooted in reality, of some interest. The text itself is fancifully patterned after the works of Lewis Carroll—with pen-and-ink illustrations giving us Arianna-Alice as if dressed by Sir John Tenniel. More wicked than jolly, here's a faux-savvy political attack—with a blunderbuss—on a sitting lame duck. (First serial to Playboy; author tour) Read full book review > 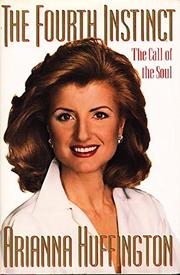 NON-FICTION
Released: May 10, 1994
THE FOURTH INSTINCT: THE CALL OF THE SOUL
by Arianna Huffington
NON-FICTION
Released: May 10, 1994
THE FOURTH INSTINCT: THE CALL OF THE SOUL
by Arianna Huffington
Controversial author and TV personality Huffington (Picasso: Creator and Destroyer, 1988) calls on society to acknowledge the drive towards transcendence and wholeness that alone can transform our lives. During a stop on her first book tour, Huffington tells us, she was sitting in her room in a European hotel, yellow roses on her desk, Swiss chocolate by her bed, the only sound that of ice crackling as it slowly melted into the water around the French champagne. Suddenly, she knew that worldly success was nothing and heard in her head Peggy Lee's question ``Is this all there is?'' Maybe not quite St. Augustine's voice in the garden, but this was Huffington's conversion, enlightenment, and satori, setting her out, she says, on the journey of 1,000 miles toward the publication, she hoped, of yet another bestseller. Her teaching here is that we are too concerned with three of our basic instincts—survival, procreation, and power—to the detriment of a fourth, which is more intuitive and spiritual. This fourth instinct is proper to human beings, she believes; it inspires all our striving and causes us to evolve as a species. Huffington claims that we are now at the dawn of a new age in which the fourth instinct is imperative for our future. None of this, of course, is very new, and although Huffington has good things to say, she says too many of them and fails to give them the depth they deserve. As she quotes from the Dalai Lama, C.S. Lewis, the New Testament, Joseph Campbell, St. John of Kronstadt (who she claims erroneously was Greek Orthodox), and many other sages, our author seems to be whisking us around some great cocktail party where we meet fascinating people without getting a chance to know them. Thus, she gives an impression of glibness in spite of her sincerity. Profound ideas, superficially treated. (Author tour) Read full book review >