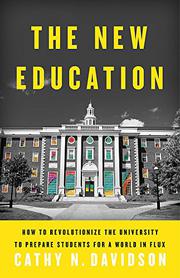 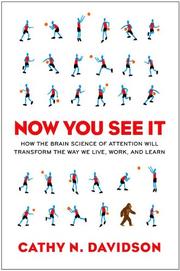 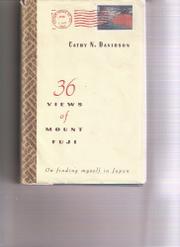 HISTORY
Released: Oct. 7, 1993
36 VIEWS OF MOUNT FUJI: ON FINDING MYSELF IN JAPAN
by Cathy N. Davidson
HISTORY
Released: Oct. 7, 1993
36 VIEWS OF MOUNT FUJI: ON FINDING MYSELF IN JAPAN
by Cathy N. Davidson
Travel memoir about the author's four trips to Japan that grows like a novel and takes on unusual richness as it keeps reinvesting itself in earlier scenes and people. Davidson (English/Duke; co-ed., The Last Tradition, 1980, etc.) and her husband, Ted, first moved to Osaka in 1980 to teach at ``Kansai Women's University'' (a fictional composite), where she instructed a class in spoken English. Despite trying several times, the author never did master Japanese—though it must be said that, in turn, most of her Japanese students seemed to have learned an artificial English that has little tie to own. Davidson writes about almost nothing for itself alone but, rather, for its emotional impact on her, and nearly all the people she describes here are composites who become vehicles of feeling. She writes this way because the Japanese usually hide their deeper feelings, and those she knows personally would be embarrassed by appearing recognizably on these pages—especially being portrayed in exactly the emotional states they usually cover over most carefully. These novelistic devices, along with the way the Davidsons' visits to Japan gather depth of feeling, lend her account a personal quality all her own—and may give it a longer life than most travel memoirs. Davidson reveals little new about the Japanese, but what she makes clear are the shame and humiliation she most commonly feels with her students, fellow Japanese teachers, Japanese friends, and street people, all of whom see her as gaijin (foreigner) and cry out ``Speak no Engrish!'' (Perhaps because of this humiliation, the Davidsons, rather than settle down in Japan, finally build a Japanese house in North Carolina). Over the ten years covered, many deaths occur, especially in the final pages, which adds a memorable darkening to the text. Top-drawer. (Eighteen line drawings) Read full book review >