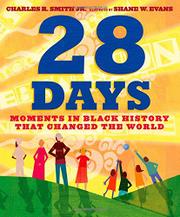 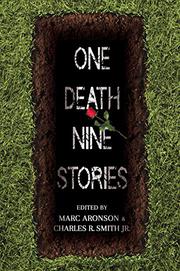 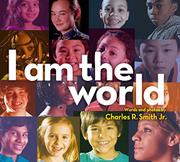 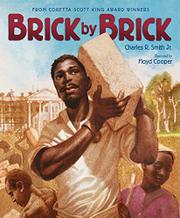 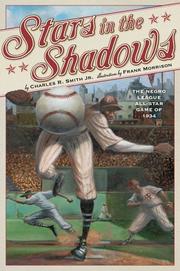 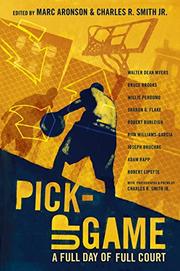 PICK-UP GAME: A FULL DAY OF FULL COURT
edited by Marc Aronson, Charles R. Smith Jr.
Gladiators meet at the Cage, a fenced-in basketball court at West 4th in Manhattan, one of the legendary sites of playground ball. Sportswriter Rick Telander titled his classic basketball story Heaven Is a Playground, and that's certainly the description of the Cage, where ballers come "wearing attitude like / baggy shorts," and high-flying slams, rainbows and double dunks offer aerial thrills as good as fireworks. Here are the players, the mentors, the used-to-bes and the wannabes, the scouts, the filmmakers, the ghosts and the legends. Some of the best contemporary writers for teens—Walter Dean Myers, Robert Lipsyte, Rita Williams-Garcia, Joseph Bruchac and others—contribute to this novel in linked short stories, in which the players weave their way through one day at the Cage, and Charles R. Smith ties the volume together with rap poems celebrating the place, the people and the throbbing energy of the game—as Walt Whitman might have had he been a baller. Superb stories by writers who know and love the game; an ode to the show. (Linked short stories. 14 & up)Read full book review > 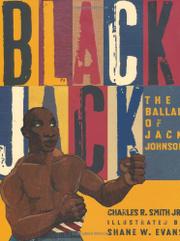 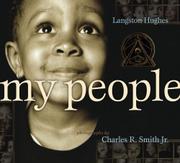 MY PEOPLE
by Langston Hughes, photographed by Charles R. Smith Jr.
Hughes first published "My People" in 1923. Bold photographs that joyfully celebrate the diversity of African-American culture bring this simple text to life once again. Faces of various skin tones and ages, and both genders, explode from the black background of each page, all reproduced in faintly antiqued sepia tones that both befit the Jazz Age origins of the poem and give glorious depth to the faces depicted. The image that illustrates "The stars are beautiful" is of hair ornaments in deep, rich, black hair; light-bathed faces look up into an implied "sun." Smith's eye for detail and his extraordinary photographs eloquently express the pride and love the poet felt for his people, capturing equally the curiosity and excitement of youth and the experience and wisdom of elders. The simple yet brilliant photographs fully occupy the page; filmstrip-like thumbnails at the edges provide a visual rhythm. All together, they are the perfect accompaniment to the classic poem and create a complex work of art that any age can relish. (photographer's note) (Picture book. 2-10)Read full book review > 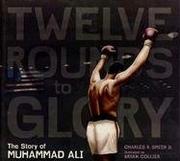 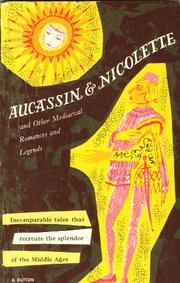