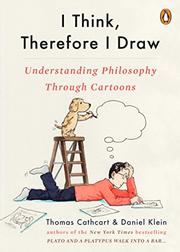 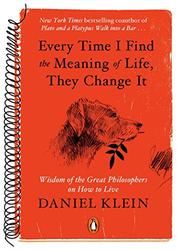 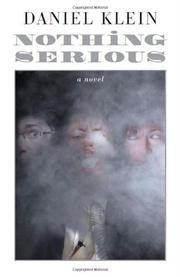 Released: April 15, 2013
Reviewed: Jan. 29, 2013
NOTHING SERIOUS
by Daniel Klein
Released: April 15, 2013
NOTHING SERIOUS
by Daniel Klein
"Klein has a light—or 'lite'—touch when it comes to both philosophy and love."
A hip editor takes the helm of Cogito, a stodgy philosophical journal, with mixed—and occasionally hilarious—results. Read full book review > 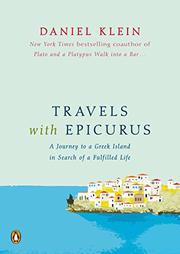 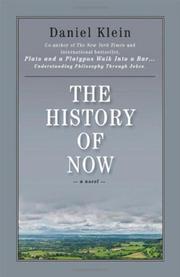 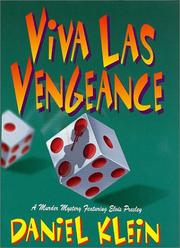 FICTION & LITERATURE
Released: March 1, 2003
VIVA LAS VENGEANCE
by Daniel Klein
FICTION & LITERATURE
Released: March 1, 2003
VIVA LAS VENGEANCE
by Daniel Klein
"Jarringly unfunny, and not much of a mystery either."
Fresh off a fling with costar Ann-Margret, an agitated Elvis Presley (Blue Suede Clues, 2002, etc.) decides to take a break in Vegas, out of whining range of the increasingly petulant Priscilla, his teenaged paramour. After taking in the act of insult comic Howie Pickles, who works over a big, blithe blond at the front table, Elvis falls a little in love with a voluptuous dancer named Shiva Ree. The dark-eyed beauty performs, along with a black panther, to hypnotic music unlike anything the King has ever heard. Shiva lives at the Center of the Light, an enclave dedicated to the study and practice of Eastern religion and customs. Before long, she's introduced Elvis to tantric sex and other less carnal disciplines. Meanwhile, a whodunit simmers in the background. The aforementioned blond, Bonnie Donaldsen, is found murdered shortly after attending Howie's show with Bruce, her new husband. In short order, there's a second victim, an Atlanta cop named J.P. Whaley, who had his own ringside seat at Howie's comedy show before his death, and, like Bonnie, his own connections to the Little (wedding) Chapel and a local bordello called the Bambi Ranch. An abrasive writer named Digby Ferguson, who wants to unravel the case, tries with limited success to get lovestruck Elvis involved. Under Shiva's influence, Elvis is planning an unusual "peace concert," at which the plot threads converge and most of the loose ends are tied up—not a moment too soon. Read full book review > 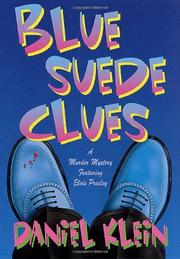 MYSTERY THRILLER
Released: March 18, 2002
BLUE SUEDE CLUES
by Daniel Klein
MYSTERY THRILLER
Released: March 18, 2002
BLUE SUEDE CLUES
by Daniel Klein
"Klein's serviceable writing doesn't fulfill the promise of his idea. Surrounded by desperately unfunny cartoon suspects, his Elvis is a surprisingly generic sleuth, with few quirks and little appeal. Readers are likely to leave the building way ahead of him."
The King just can't get any respect in Hollywood. Colonel Parker's wearing him out with demeaning publicity stunts, and Ann-Margret's making trouble by announcing to the press that she and Mr. Presley are in love. What will his new bride Priscilla think? Trapped in fluffy vehicles like Kissin' Cousins, Elvis longs for a challenging role to display his acting chops. When he puts out a call for high-quality scripts, wackos come out of the woodwork with everything but. Even so, one appeal strikes his fancy. Stuntman Freddy Littlejon, a.k.a. Squirm, writes from prison to claim that he's been framed for the murder of starlet Holly McDougall. He encloses a picture of himself meeting Elvis, both in military uniforms. Elvis doesn't remember Squirm, but because he feels a special affinity for both stuntmen and servicemen, he turns sleuth for the second time (Kill Me Tender, 2000). The search takes him from a rodeo to the mean streets of Durango to the UCLA science lab, with stops at many Hollywood locations. Meantime, Squirm's suspiciously easy escape from prison makes the investigation a race against the clock. Multiple sets of twins, including both attorneys in Squirm's murder trial, run illogically through the story, triggering wistful flashbacks for Elvis, whose twin brother Jesse died at birth, and exasperation for everybody else. Read full book review > 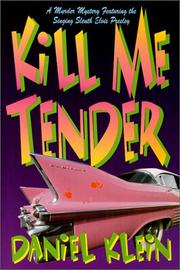 FICTION & LITERATURE
Released: July 1, 2000
KILL ME TENDER
by Daniel Klein
FICTION & LITERATURE
Released: July 1, 2000
KILL ME TENDER
by Daniel Klein
"More clichés than a hound dog has fleas. Klein, coauthor of Where's Elvis? (1998), hits every wrong note, from bad dialogue to unfunny farce. Skip the book; play the records."
Poor Elvis. First he was an unflattering postage stamp, now an unconvincing sleuth. With nothing much to do at Graceland except fend off the sycophants and down high-calorie breakfasts, the King decides to pay a condolence call when a young fan club member surprisingly succumbs to cardiac arrest. He's soon singing gospel on her church steps and being untrue to his intended, Miss Priscilla, with Miss Selma, a real fine black lady. Then two more fans die, a high-school gal pal now writing a tell-all book about Elvis follows, and all these deaths start to look suspicious. Could an Elvis impersonator be responsible—or a member of the King's inner circle? And who's taunting Elvis on those 45s delivered to Graceland? Elvis skips a recording session to investigate, consults a New York lesbian psychiatrist about possible motives (yeah, right), then learns about an instantaneously acting exotic poison from Miss Selma's boss, a medic treating po' black folk. He also runs afoul of a southern sheriff and manfully locks horns with many more cholesterol nightmares before he confronts the demented murderer in a scene as unlikely as his being named a spokesperson for the Vatican, or for Slim-Fast. Read full book review >