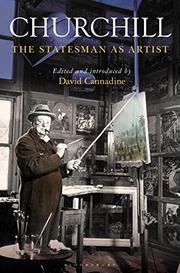 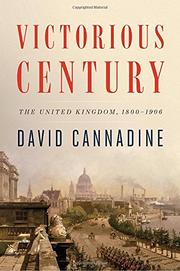 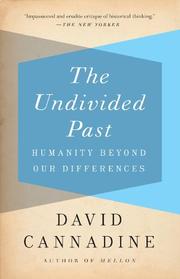 THE UNDIVIDED PAST: HUMANITY BEYOND OUR DIFFERENCES
by David Cannadine
HISTORY
Released: April 12, 2013
NAMED ONE OF THE BEST BOOKS OF 2013

THE UNDIVIDED PAST: HUMANITY BEYOND OUR DIFFERENCES
by David Cannadine
"A generally persuasive, impassioned book-length essay. While his conclusions (and language) sometimes grow repetitive, they nonetheless serve to underscore at every turn an incisive argument buttressed by millennia of evidence."
Historian and editor Cannadine (History/Princeton Univ.; Mellon, 2006, etc.) constructs a stirring critique of history that questions conventional approaches to narrating the human chronicle. Read full book review > 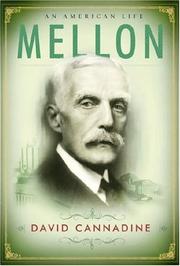 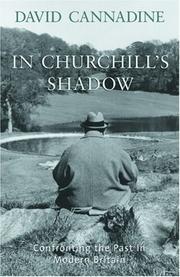 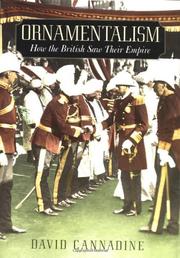 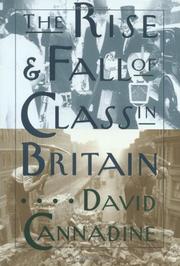 NON-FICTION
Released: Jan. 7, 1999
THE RISE AND FALL OF CLASS IN BRITAIN
by David Cannadine
NON-FICTION
Released: Jan. 7, 1999
THE RISE AND FALL OF CLASS IN BRITAIN
by David Cannadine
An original contribution to an old topic. Originally presented as the 1993 Leonard Hastings Schoff Memorial Lectures at Columbia University, these essays are bound together by a desire to expose the British obsession with class. Cannadine, who is director of the Institute for Historical Research at London University, is well suited to the task. Class is universally acknowledged as the master narrative of British history; but what exactly does "class" mean to the British? Cannadine doesn—t pretend to offer a comparative study (though one is surely needed) but instead a work of social psychology. Ten years in America have convinced Cannadine that "most British thinking about class is vague, confused, contradictory, ignorant, and lacking adequate historical perspective." A serious charge indeed if we accept the commonplace assumption on the centrality of class in British history. Cannadine calls for a conception of class that is more serious, deliberate, historical, reflective, and creative. Class is not merely social description, but social inscription as well; class, for Cannadine, is what culture does to inequality and social structure. As such, class is determined not just by economics, but by perception, rhetoric, language, feeling, and sentiment. Cannadine is ambitious in his wish to write a history of class as "the history of changing (and unchanging) ways of looking at society." In the words of the author, this is an "interim report from the historiographical battle front" after the tremendous changes of the last two decades. "Class can be nasty, and class can be boring," as Cannadine admits. "In Britain it is often both." Thankfully, his enlightening book is neither. Read full book review > 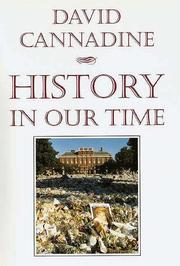 HISTORY
Released: Nov. 1, 1998
HISTORY IN OUR TIME
by David Cannadine
HISTORY
Released: Nov. 1, 1998
HISTORY IN OUR TIME
by David Cannadine
Short, occasional pieces that are best ingested in small bites. Cannadine, professor of history and director of the Institute of Historical Research at London University, is one of the foremost historians of modern Britain. His Decline and Fall of the British Monarchy and Aspects of Aristocracy prove him to be a sharp analyst of those anachronistic institutions. Because of his chosen subject matter, his work often has overtones of twilight and nostalgia with just a shadow of decadence (in the British sense) thrown in for good measure. This collection of short pieces is no different, except that it focuses on personalities rather than institutions. It is, in the words of the author, an "unavoidably and unapologetically festive and high-spirited book." The essays—all composed over the last decade—were originally for such publications as the London Review of Books, the New York Review of Books, the New Republic, the New Yorker, and the Times Literary Supplement. They are loosely grouped into three sections, "Royals in Toils," "Hindsight's Insights," and "Persons and Personalities." Their greatest strength lies in Cannadine's insistence that even the most current events (e.g., the death of Princess Diana) must be seen through the prism of history. Far more insightful than the usual essay, yet mercifully brief, they are history lessons with a light touch. From the monarchy to suicide to intellectuals and class, the British sense of style, decorum (or lack thereof), and form constantly remind the reader why the British consider themselves aloof from the "Continent." American readers will be interested in Cannadine's pairing of Thatcher-Major with Bush-Clinton, but will perhaps be left a bit adrift on the discussions of the historian A.J.P. Taylor or Lord Beaverbrook. Some attempt at tying these many threads together would have been helpful, and the title is just slightly pretentious, sounding like an echo of Winston Churchill. Entertaining and enlightening. Read full book review >

NONFICTION
Released: April 26, 1993
G.M. TREVELYAN: A LIFE IN HISTORY
by David Cannadine
NONFICTION
Released: April 26, 1993
G.M. TREVELYAN: A LIFE IN HISTORY
by David Cannadine
A well-written if not wholly successful effort to revive the reputation of G.M. Trevelyan as a historian. There have been few more born to the craft of history than Trevelyan (1876-1962). A descendant of the English historian Lord Macaulay and the son of historian George Otto Trevelyan, he dedicated himself at an early age to the family tradition. ``The past,'' writes Cannadine (History/Columbia; The Pleasures of the Past, 1989), ``was his inheritance, his passion, his calling, his duty, his art.'' Trevelyan threw himself into it with all the Victorian virtues of his ancestors—stamina, self-discipline, and the appreciation, more common then than now, that history and literature are inseparable. His three-volume life of Garibaldi, his three-volume history of England in the Age of Queen Anne, and his English Social History enjoyed immense sales. In the latter book, he almost pioneered social history or, as he described it, ``the history of the people with the politics left out.'' Cannadine notes that Trevelyan's reputation has been in eclipse for some time: He reflected an earlier era in his belief that the function of history is to illuminate the present in the light of the past, and in his conviction that ``all novelists since Conrad are cads.'' But these ideas, Cannadine notes, arose from ``a mind of remarkable range, power, erudition and creativity,'' and were accompanied by a determination to get inside the minds of his subjects and to see their problems as they saw them. Cannadine doesn't persuade, though, in his attempt to show that Trevelyan's internationalism, constitutionalism, and feeling for the countryside were so emblematic of his era that ``the time in which he lived cannot be properly understood without reference to [his] life and work.'' Cannadine tries hard, but he fails to disprove Trevelyan's own dictum that ``historians, scholars and literary men who have led uneventful and happy lives, seldom afford great subjects for biographies.'' Read full book review >