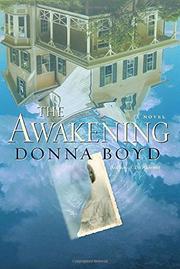 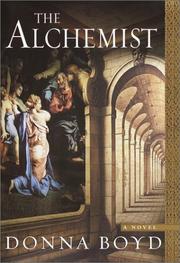 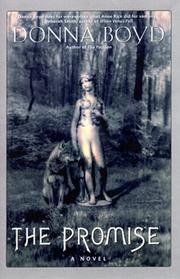 MYSTERY THRILLER
Released: Oct. 5, 1999
THE PROMISE
by Donna Boyd
MYSTERY THRILLER
Released: Oct. 5, 1999
THE PROMISE
by Donna Boyd
Densely imagined sequel to the werewolf saga begun with Boyd's brilliant horror/love story The Passion (1998). Each literary age gets the werewolf it deserves, and the werewolf for the "90s is the luxuriously high-living ruler of a $30- billion financial empire who also rules the worldwide pack of werewolves that, in human form, run the globe, accept its Oscars for best actor, and hold summit conferences for stratospheric deal-making. Pack leader Alexander Devoncroix has been murdered in Central Park; his son and heir, Nicholas, knows that the Dark Brotherhood of the Moon, supposedly extinct, is actually behind it. Werewolves have lived peacefully with humans for nearly a thousand years and with their superior intelligence and instincts have risen to veiled power over the Homo sapiens herd. Nicholas, who believes that the tie with humans has degraded the nobility of the werewolf, plans to announce an Edict of Separation, which will again part werewolves and humans into separate factions. The edict was opposed by his late father, however, and even Nicholas's closest advisors are against it. Then, on a flight to the North, his helicopter is downed by a hidden bomb. Nicholas's burned and maimed body (in its immense wolf form) is found, kept alive, and brought back to health by Hannah, who has given up civilization to tend to beasts of the Alaskan wilderness. She also finds in the wreckage a family manuscript written by Matise Devoncroix that chronicles his forbidden love for Brianna and the coming of a great werewolf leader. Brought back to health, Nicholas wishes to rescind his edict, but he's been betrayed: the Brotherhood has made sure that the separation is in effect. The ensuing turmoil promises a third installment. A novel no sensible werewolf could refuse, crackling with moonswept courtship rituals whose instinctual electricity would overcharge the merely human reader. Read full book review > 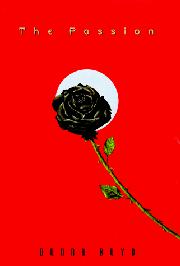 MYSTERY THRILLER
Released: May 1, 1998
THE PASSION
by Donna Boyd
MYSTERY THRILLER
Released: May 1, 1998
THE PASSION
by Donna Boyd
A horror/love story dealing with werewolves and offering some of the density of background found in the best vampire fiction. Opening with a quickly satisfying weave, this talented newcomer though never as stylish as Angela Carter (the incomparable wolf, werewolf, and Beauty and the Beast tales of Burning Your Boats, etc.), does know how to keep a tale moving. Boyd's tale begins when a massacre of three distinguished werewolves in a Fifth Avenue mansion prompts elderly, charismatic pack leader Alexander Devoncroix, now 120 years old, to tell his son, Nicholas Antonov Devoncroix, the full story behind the werewolf-owned, $30-billion financial and industrial Devoncroix Corporation. Back in the 1890s, it seems, Alexander fell in love with a human, Tessa LeGuerre, who tried to murder him in his bed but then was taken under his wing, made his ward, and eventually was brought to know the hidden werewolf society as no other human knew it. Werewolves in human form, she discovered, run much of the world, having made most of the great advances in science and technology. And they try, despite provocations, to coexist quietly with the far less intelligent human species. Tessa also learns that the act of transformation from human to werewolf—known as "the passion"—is a uniquely transcendent experience. A human-werewolf hybrid cannot exist in nature: The sex act would be too powerful for a human female to sustain, since during werewolf sex the total life-experience of each partner is exchanged in orgasm. This forbidden love, Tessa is warned, would turn her to cinders. As Boyd spins out her novel, werewolf society is split between the Devoncroix and the Siberian-based Dark Brotherhood, led by Alexander's brother Denis, who wants to rid the world entirely of pathetic, useless Homo sapiens and let werewolves rule supreme. Then, however, human-hating Denis himself falls in love with Tessa. . . . First installment of a series, and a promising one, in which animal instincts are plumbed and superfine senses evoked with great originality. Read full book review >