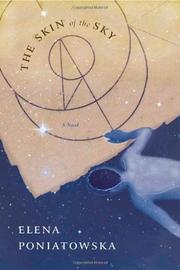 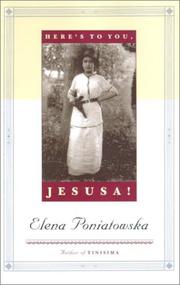 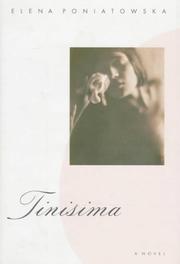 FICTION & LITERATURE
Released: Oct. 1, 1996
TINISIMA
by Elena Poniatowska
FICTION & LITERATURE
Released: Oct. 1, 1996
TINISIMA
by Elena Poniatowska
A dramatic, fast-paced fictionalization of the life of photographer and political activist Tina Modotti, by the Mexican author whose works in English translation include the novel Dear Diego (not reviewed) and the nonfiction Massacre in Mexico (1975). Poniatowska begins her crowded narrative in 1929, with the assassination of radical leader Julio Antonio Mella, Modotti's comrade-in-arms and common-law husband, and with her arrest and interrogation by authorities convinced that she knows the identity of his murderer. Then the story plunges into an extended flashback, to the WW I years when the Mexican-born ``Tinisima'' worked as a model, ``acted'' in MGM films (``I was always the harem girl, the villain, the gypsy''). There follows her long relationship with American photographer Edward Weston (as his model, then lover), her years as a ``Communist militant,'' and work for the International Red Aid, helping to resettle political refugees, and—in a vividly detailed segment worthy of comparison with Hemingway's writing on this subject—her perilous and exhausting sojourn in Spain during its Civil War. This is a very ambitious book: The century's formative political events pass by as if we're seeing them in an extended newsreel, and sharp, if frustratingly brief, cameo appearances are made by such notables as D.H. Lawrence, Diego Rivera, ``Volodya'' Mayakovsky, Alexandra Kollontai, and David Siqueiros. Poniatowska offers an especially lively characterization of the bohemian Edward Weston, stressing both his free-spirited unconventionality and his deeply held leftist principles. But she never gives us nearly as full or credible a portrayal of her potentially fascinating heroine: Modotti isn't much more, in these pages, than the sum of her enthusiasms and commitments. We know her political nature intimately, but the inner woman stays remote from us. It's a glaring weakness in an otherwise accomplished and seductively readable work. One appreciates the energy and specificity that sparkle throughout, but one misses the novel it might have been. Read full book review >