Jack Dann is a multiple award winning author who has written or edited over sixty books, including the groundbreaking novels Junction, Starhiker, The Man Who Melted, The Memory Cathedral—which is an international bestseller—the Civil War novel The Silent, 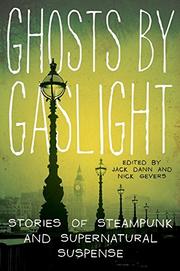 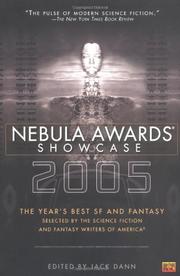 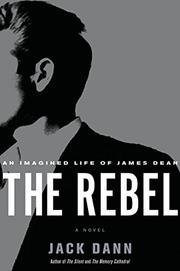 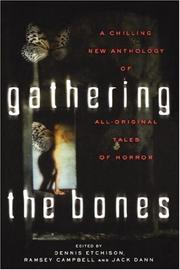 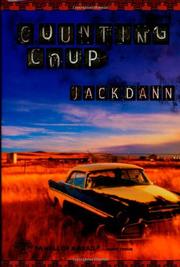 Released: Dec. 1, 2001
COUNTING COUP
by Jack Dann
Released: Dec. 1, 2001
COUNTING COUP
by Jack Dann
"Though heavy with New Age pop psychology, Dann makes a story soar as he finds common ground between the complicated animism of Indian spirituality and the gritty, manic desperation of angry old men out to avenge themselves on their youth."
A failed medicine man and an ex-Marine abandoning his family try to break every rule on a cross-country road trip during which heyoka—the Indian word for being contrary, irresponsibly antisocial, or going plain crazy—leads to mystical revelations, forgiveness and redemption. Read full book review > 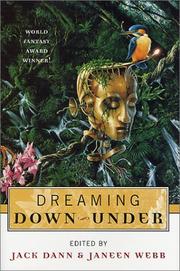 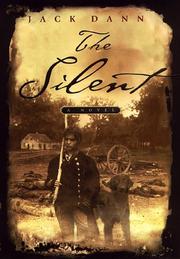 FICTION & LITERATURE
Released: July 13, 1998
THE SILENT
by Jack Dann
FICTION & LITERATURE
Released: July 13, 1998
THE SILENT
by Jack Dann
A ferocious portrait of the Civil War's human toll. Dann (The Memory Cathedral, 1995, etc.) isn't much concerned here with causes or outcomes. His gruesome chronicle of the suffering of 14-year-old Edmund McDowell, caught up in the efforts of —Stonewall— Jackson to defeat a Federal Army in 1862, is clearly intended to remind us that the Civil War was as brutal as any other war. Mundy disobeys his minister father and goes in search of a skirmish, hoping to watch his hero Stonewall chase the Yankees out of his valley. Instead he stumbles into the midst of a rout, finds the body of a longtime acquaintance who had been searching for him, and arrives home in time to see Union deserters shoot his father and rape and murder his mother. Sick and disoriented, Mundy wanders in and out of the battle lines. Made a prisoner, he's compelled for a time to work in a Union field hospital, witnessing almost unimaginable horrors. Escaping, he falls in briefly with a band of renegade slaves, and after leaving them becomes the companion of a deranged Confederate cavalryman. Despite Mundy's efforts to escape both his memories and the ever-widening war zone, he inevitably finds himself back in the middle of the slaughter. There is no doubt that Dann captures, in a way few other novelists have, the sheer bloody chaos of battle in the Civil War. Scenes of carnage and madness—with Mundy ravaged by fever, prone to hallucinations, or convulsed by grief—linger in the mind. But the conceit of writing the book as Mundy's memoirs doesn't work; it isn't likely that any 19th-century teenager would have said all the things Mundy does here. And the narrative is finally too long, too repetitive, as if the author didn—t trust the reader to grasp how awful war is. Still, Dann's anger, and his portrait of combat's sheer horrors, make for a vivid—and disturbing—read. Read full book review > 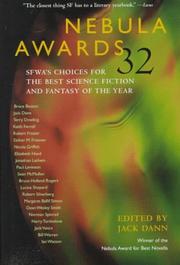 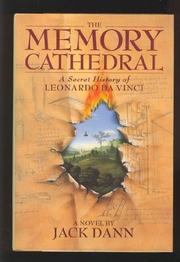 FICTION & LITERATURE
Released: Dec. 1, 1995
THE MEMORY CATHEDRAL: A SECRET HISTORY OF LEONARDO DA VINCI
by Jack Dann
FICTION & LITERATURE
Released: Dec. 1, 1995
THE MEMORY CATHEDRAL: A SECRET HISTORY OF LEONARDO DA VINCI
by Jack Dann
After more than a decade's absence, Dann (The Man Who Melted, 1984, etc.) returns with a big, ambitious historical fantasy based on the career of Leonardo da Vinci. A frame story begins with Leonardo on his deathbed, searching over the memories he's stored in a large imaginary cathedral—a method of enhancing memory practiced by many Renaissance thinkers. His entrance into the cathedral takes him back, in memory, to the years of his apprenticeship in Florence. There, we find the 25-year-old Leonardo establishing a reputation as artist and engineer and falling in love with a young woman betrothed to a wealthy older man. He's also working on plans for a flying machine, and the Medicis, who are planning war against the papal states, have expressed an interest in its military potential. Just as he appears to have his foot on the ladder to success, it is yanked out from under him: An anonymous accusation subjects him to a trial for sodomy and kills his hopes for advancement. At this point, Dann takes advantage of a gap in the known details of Leonardo's life, and sends him to the Orient—as military advisor to the Caliph of Syria, employing his inventions (including the flying machine, which finally works) in war against the Turks. It's here that the story reaches its most fantastic heights, with a profusion of exotic detail (the chapters on Italy are no less detailed, but the background is perhaps more familiar). At the same time, we see Leonardo facing the consequences of the inventions that, in real life, he saw only as sketches that his patrons ignored. Historical facts and conjectures are seamlessly woven together, and the cast of characters is a Renaissance Who's Who. The author's return reveals a new maturity and imaginative scope only hinted at in his earlier work. An impressive accomplishment. Read full book review > 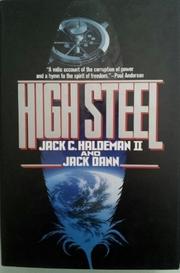 FICTION & LITERATURE
Released: July 1, 1993
HIGH STEEL
by II Haldeman, Jack Dann
FICTION & LITERATURE
Released: July 1, 1993
HIGH STEEL
by II Haldeman, Jack Dann
Grab-bag of a yarn involving Native Americans, aliens, artificial intelligence, and covert corporate warfare, from Haldeman (Vector Analysis, 1978) and Dann (The Man Who Melted, 1984; More Wandering Stars, 1981, etc.). In the medium future, two corporations, Trans-United and Macro, now dominate the Earth and—somehow—have enslaved America's native peoples, forcing them to go into space as construction workers, or to disappear as Sleepers in illegal hibernation trials. John Stranger, on the verge of becoming a medicine man, is taken into space, where—thanks to his astonishing intuitive ability to make correct decisions—saves a Trans-United station from an attack by Macro. Back on Earth, meanwhile, Stranger's mentor, Leonard Broken-finger, has contacted some aliens via the spirit world; the same aliens have beamed a coded message to Earth carrying a secret of a faster-than-light space drive. Unknowingly, Stranger has helped build a ship with such a drive; it's commanded by Einstein, a computer-intelligence genius. Macro, by plotting, assassination, and subversion, seize Einstein—or so they think—with Stranger still on board. Hereafter, matters become steadily less intelligible and coherent. The mysterious aliens never show up. Lots of people die in untimely fashion. Dazzling ideas caught up in a hopelessly confused swirl of a plot—along with a curious backdrop that here gleams with polish, there crumbles at a touch. Many impressive and tantalizing parts, but no satisfying whole. Read full book review >