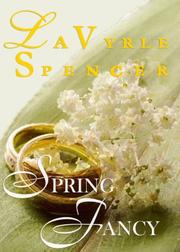 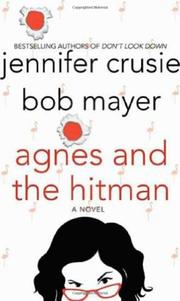 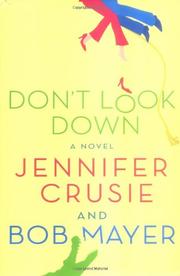 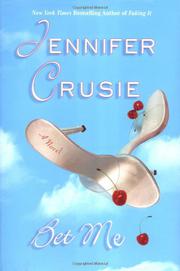 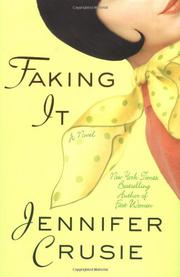 FAKING IT
by Jennifer Crusie
"Perfect escapist fare: Who knew Ohio could be so much fun?"
A raunchy, romantic comedy about art forgery, thievery, and all manner of con-artistry that's as hard to resist as one of Davy Dempsey's cons. Read full book review > 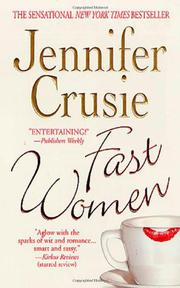 FAST WOMEN
by Jennifer Crusie
"Move over, Susan Isaacs. Crusie is just as smart and sassy about the things a woman has to do to make love work, and a lot funnier to boot."
A dispirited divorcée goes to work for a detective agency, with all the resulting comedy and romance you'd expect from Crusie (Welcome to Temptation, 2000, etc.). Read full book review > 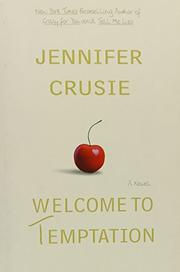 FICTION & LITERATURE
Released: March 1, 2000
WELCOME TO TEMPTATION
by Jennifer Crusie
FICTION & LITERATURE
Released: March 1, 2000
WELCOME TO TEMPTATION
by Jennifer Crusie
If small towns are filled with heroes like Crusie's (Crazy for You, p. 163, etc.), then romance readers may begin to crowd the highways. Sophie Dempsey, the "daughter of a thousand felons," and her sister, Amy, come to the town of Temptation, Ohio, to film an "audition tape" for Clea Whipple, a local girl turned porn star whose anchorman husband has run off with her inheritance and refuses to give it back. Sophie is one of the only honest, if repressed, members of a family of charming cons and thieves. After her mother's death, she raised her sister and her brother, Davy, who now specializes in parting shady businessmen from their dubious gains. Their father, a guy with a long rap sheet, is permanently on the lam. In the upright town of Temptation, the major bones of contention appear to be the painting of the water tower, which looks like a large erect phallus, and the ordering of new streetlights. These rather boring proceedings are presided over by Phineas Tucker, whose silly name hides a really hunky "town boy"—a single father who owns the local bookstore. Phin, immediately taken with Sophie's lower lip, seduces her with promises of slightly kinky sex. Sophie hasn't had any good "head-banging sex" in quite a while, if ever, and is inspired by Phin's technique, using their love scenes as a template for Clea's video. Crusie seems to have perfected the fan-delighting art of erotic, comic, and yet homey sex, with the understanding that the head-banging sex is made possible by that head-banging other word: love. Into this jokey, soft-core mix, Crusie inserts modern-romance's de-rigueur murder and hometown violence, the working out of which threatens to derail her plot as well as the appeal of roadside America. Nevertheless, with her third seriously pleasing hardcover—bright, funny, sexy, and wise—it's time to welcome Crusie into the pantheon of top-flight romance writers. Read full book review > 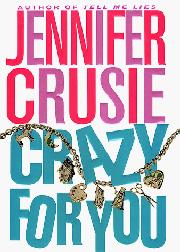 FICTION & LITERATURE
Released: March 10, 1999
CRAZY FOR YOU
by Jennifer Crusie
FICTION & LITERATURE
Released: March 10, 1999
CRAZY FOR YOU
by Jennifer Crusie
Romance has a new star in Crusie (Tell Me Lies, 1998): if she had written Our Town, Emily Gibbs would have lived a longer life and died a happier woman. Quinn McKenzie is in a rut. Her little-town life in Tibbett, Ohio, is boring, dull, even "beige." Though she lives with Bill, Tibbett's most winning coach, she doesn't precisely love him, but went along with the idea of cohabitation simply to avoid an argument. Quinn's mother is also in a rut: she goes to garage sales with her friend Edie and waits on her husband Joe, who watches ESPN day and night. And Quinn's best friend Darla is in a rut; she thinks her husband is interested in Barbara the bank officer, who changes her hairstyle each time she sets her cap for a different married man. But Quinn's existence goes through a tectonic change when she adopts a small neurotic dog named Katie. Bill, who doesn't want a dog, takes Katie to the pound, causing a furious Quinn to leave and move into her own house, where she begins to reexamine her life. She sets her cap for Nick Ziegler, the bad-boy mechanic who was once married to her more exotic sister Zoe. Nick doesn't like to make commitments, and he fights his feelings for Quinn until the day he decides they should have sex once, to get it out of their system. But as romance fans know, one time seals his doom. By the end, Quinn discovers that her mother and Edie have been doing more than cruising garage sales together; Darla finally gets her husband's attention; and Kate has an empowering (for her) confrontation with Bill. The only jarring note in this sexy, lighthearted confection is Bill, who turns into a pretty serious nutcase. Crusie should stay with her strengths, which mark her as one of the few in the genre who can make you laugh out loud. (Author tour) Read full book review > 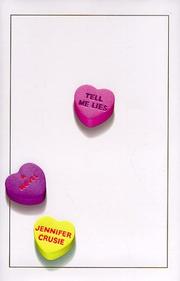 FICTION & LITERATURE
Released: March 23, 1998
TELL ME LIES
by Jennifer Crusie
FICTION & LITERATURE
Released: March 23, 1998
TELL ME LIES
by Jennifer Crusie
A popular paperback author dives headfirst into familiar territory: the mystery romance. On her way to self-actualization and a worthy lover, a small-town girl enters a classic merry chase of general upheaval. It all begins when Maddie Faraday of Frog Point, Ohio—where gossip is the major sport and everyone knows everyone else's business—finds a pair of crotchless black lace underpants under the seat of her husband's Cadillac. Like an Erma Bombeck femme whose personal sphere is defined by fixing her broken microwave and washing her dirty macaroni-and-cheese skillet, Maddie (who calls herself ``the perpetual virgin of Frog Point'') has always been a good girl, a good wife, a good daughter, and a good mother to her precious eight-year-old daughter Em. But the discovery of a few triangles of illicit lace begins a weekend that sees the uprooting of Maddie's entire life. Right in the middle of her tumultuous morning, C.L. Sturgis, a ``rebel without a clue'' who long ago took Maddie's virginity and has grown up 20 years later into a hot-looking accountant (there's been a dearth of rugged CPAs in recent romance fiction) appears at her door, looking for her husband, Brent. Brent, it seems, is suspected of embezzling a lot of money. Then, as if a bad morning and a marriage spent cleaning up EggMcMuffin wrappers weren't enough, Maddie's car is totalled and she suffers a concussion. Plus which Brent, who's disappointed a whole posse of Frog Pointers, is found shot in the head on a former lovers' lane. The identity of the killer is fairly obvious; somewhat implausibly, Maddie grows estranged from C.L. Still, for lovers of chocolate brownies, fairly explicit sex, and heroines who let it all hang out, an entertaining hardcover debut. (Literary Guild selection; author tour) Read full book review >