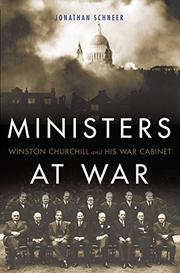 MINISTERS AT WAR: WINSTON CHURCHILL AND HIS WAR CABINET
by Jonathan Schneer
"Clear, thoroughly entertaining and full of lively detail."
During World War II, Britain was guided by a group of talented, ambitious rivals who put aside their differences to defeat their common enemy. Here's a look at how they worked together—and how it fell apart just as victory was in hand. Read full book review > 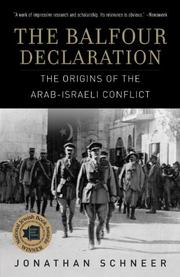 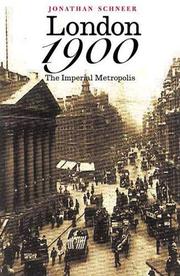 HISTORY
Released: Sept. 1, 1999
LONDON 1900: THE IMPERIAL METROPOLIS
by Jonathan Schneer
HISTORY
Released: Sept. 1, 1999
LONDON 1900: THE IMPERIAL METROPOLIS
by Jonathan Schneer
A thorough, impressive tour of imperial London a century ago and of the dissenting voices that finally helped the sun set on this bastion of Eurocentrism. History professor Schneer (Georgia Institute of Technology) lets readers view the grimy streets, polished offices, and dockside warehouses of old London, as well as the hearts and minds of its elitist, racist denizens. History's greatest empire, controlling 400 million people, was governed from a metropolis of 6 million, with a vast port and financial center. Yet while the horns of African rhinos and skins of Canadian seals piled up alongside mineral and material wealth taken in "tribute" from the West Indies, South Africa, Australia, India, etc., Schneer produces those who defied the "continual barrage of imperialist propaganda." Beginning with half a million Irish and swelled by eastern and central Europeans, Jews, and Asians, there were sufficient foreigners and people of color to bristle at the exotic, caged "darkie" and animal spectacles and to join liberals, unionists, and early feminists who fought the many injustices of Britannia. Schneer documents the battles of several individuals who saw beyond the profits of near-slave labor on Chinese railroads, Latin American sugarcane fields, African mines, Borneo rubber plantations, and Ceylonese tea farms. Just as Ben Tillet's Stevedores Union took on London shipping, Lord George Hamilton "did not believe that Indians should serve as cannon fodder" as conflicts beside the Boer War flared. A cultural hero and pioneer of anthropological relativism was Mary Kingsley, who explored deepest Africa and shockingly concluded that blacks are different, not inferior. Schneer's masterful work reminds us how far we—ve come in our ongoing Copernican revolution to prove that the globe doesn—t revolve around white English-speaking men. (40 illustrations, not seen) Read full book review >