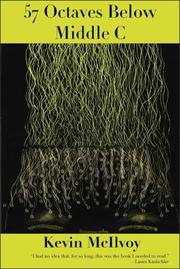 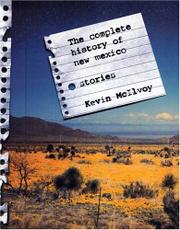 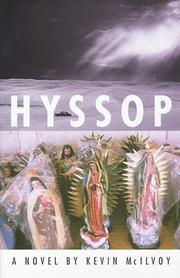 FICTION & LITERATURE
Released: Oct. 1, 1998
HYSSOP
by Kevin McIlvoy
FICTION & LITERATURE
Released: Oct. 1, 1998
HYSSOP
by Kevin McIlvoy
McIlvoy (The Fifth Station, 1988; Little Peg, 1990) hits his stride with this life-affirming and unsentimental comedy of a widowed thief who finds his much-loved second bride when he's 86 and she a year younger. Red Greet, of Las Almas, New Mexico, sets the first scene of his story in 1996 (after he's been remarried a year) in a jail cell (where he's giving the jail-keeper a dance lesson): for Red, unabashedly full of life and loved by his many friends, has never been able not to steal. But this flaw isn't a simple matter, since Red has more Robin Hood or Quixote in him than simple thief. Go back to 1915, for example, when he first met Frank (Francisco) Velasco, the strange little boy whose father, a wife-abuser, left poverty behind. What happened if not that Red Greet's own father, a builder of stone walls, overcharged certain customers and gave the excess to his needy neighbors? Giving and receiving ripple throughout this often hilarious book—little Frank Velasco himself, Red Greet's best friend, becomes a Roman Catholic priest, then bishop, but ends out of the church's grace for having (among other most wondrous things), along with Red, "given" the house of a wealthy man over to needy field-workers during the 1994 Annual Hatch Chile Festival. McIlvoy's novel is lyric and episodic, seeming sometimes a string of stories, but life, tears, comedy, and love pour out of it at all points—for, thief or not, Red Greet is, as his second wife says, "a man with a river inside." Tall tales, old friends, reminiscences, the sisters —beda (Arlene, Faye, Altadena), memories of school, a wedding in a playing field (the locks having been changed to keep Frank out of the Christ is King church), selling Christmas trees in a cemetery. Says Red, after all: "We were from poor families. What else could we spend but our words, our voices?" Charming, unpretentious, deep, poetic, life-filled. A joy. Read full book review >