Melissa Fay Greene is a bestselling author and two-time National Book Award finalist. Her well-received books include Praying for Sheetrock (1991), The Temple Bombing (1996) and her latest, No Biking in the House Without a Helmet, which Kirkus called “an upbeat chronicle of a life that has been lived on the bright side of the road.” 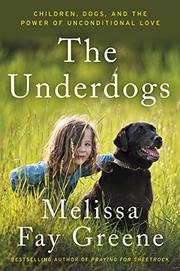 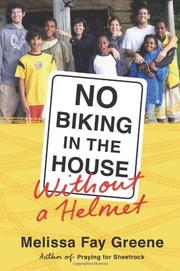 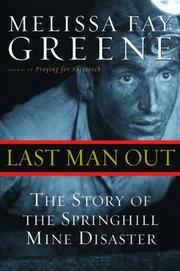 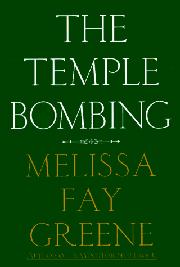 HISTORY
Released: April 12, 1996
THE TEMPLE BOMBING
by Melissa Fay Greene
HISTORY
Released: April 12, 1996
THE TEMPLE BOMBING
by Melissa Fay Greene
An urgent, fiery reconstruction of a tragic moment in the history of Atlanta, a moment when the combustible mix of black oppression, Jewish liberalism, and white anxiety finally blew up in an otherwise peaceful city. During the night of Oct. 12, 1958, 50 sticks of dynamite exploded under the august old Reform synagogue known simply as the Temple. It was a warning to Jacob Rothschild, the Temple's outspoken rabbi. Greene, author of the highly acclaimed Praying for Sheetrock (1991), unequivocally crowns Rothschild a hero. But he's very much a modern hero—a regular guy, a rabbi with no particular spiritual gift, who found greatness when, arriving in Atlanta in 1946, he first met Jim Crow. In sermon after sermon he harangued his congregants to fulfill the prophetic call for justice by supporting integration. Rothschild was heard with reluctance—not only by the Temple members, but by the white supremacist, anti- Semitic National States' Rights Party. Five party members were charged with the bombing, but only one, George Bright, came to trial, and a weak government case led ultimately to his acquittal. Greene does an exceptional job of portraying the social forces at work in 1958: Atlanta, a city hell-bent on progress; the Temple Jews, wealthy, assimilated, but still insecure; the city's peaceful movement toward integration; and a backlash among a small group of fanatics, whom Greene cannily portrays as embittered misfits. The present casts a constant shadow over the past here: Oklahoma City invariably comes to mind, and the courtroom antics of Bright's flamboyant defense attorney make Cochran & Co. look like amateurs. But Greene's flaw is excess. Her image-filled prose can be too rich, her historical background too digressive. And she editorializes annoyingly when people's words and actions speak clearly for themselves. Still, a powerful retelling of a crucial tragedy that, in all its elements, resonates all too loudly today; and a tribute to Rothschild—a forgotten, well, hero of the civil rights movement. Read full book review > 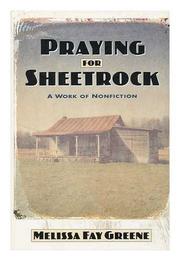 BIOGRAPHY & MEMOIR
Released: Oct. 3, 1991
PRAYING FOR SHEETROCK
by Melissa Fay Greene
BIOGRAPHY & MEMOIR
Released: Oct. 3, 1991
PRAYING FOR SHEETROCK
by Melissa Fay Greene
In 1971, McIntosh County, N.C., was a tiny hamlet of 1800 souls—half of them black—that the civil-rights movement, played out in cities, had passed by: a hard-scrabble setting for Greene's powerful book debut. Greene describes the black community—so isolated that they spoke Gullah—as having no plumbing, telephones, hot water, paved roads, electricity, gas heat, or air conditioning. Presiding over all of this in benevolent despotism was High Sheriff Tom Poppel (who inherited the job from his father, Ad). He tossed blacks a carrot by allowing them to carry off the contents of tractor- trailers in wrecks, and got out his stick in refusing to help them with store credit or food from local stores during the disastrously wet year of 1953. ``One way you can control Negroes is to keep them hungry,'' he was heard to say. Poppel also controlled the northern end of McIntosh; there, around his flagship business, the S&S truck stop, were narcotics, counterfeiting, fencing, and white-slavery operations. When Poppel decided civil rights was an idea whose time had come, he conceived a community organization, named it (McIntosh County Civic League) and its goals (to have a black man seated on the county commissions), and had his candidate (a frail 78-year-old man) elected. Poppel then applied for federal revenue-sharing monies and made out handsomely. Days of reckoning came shortly when one of Poppel's deputies, for no apparent reason other than annoyance at hearing loud banter, told a man to shut up, then shot him in the jaw and threw him in lockup without medical attention. In one day, the black community evolved from Gandhi to King to Huey P. Newton when two hundred men with guns marched into city hall. In this confrontation and the many subsequent lies Greene's tale. Perhaps too discursive for some, with scenes of evocation before and after every piece of action; still, a beautifully written and absolutely authentic picture of the rural South. Read full book review >