Nurudin Farah is the author of nine novels, most recently Links and his Blood in the Sun trilogy: Maps, Gifts, and Secrets. His novels have been translated into seventeen languages and have won numerous awards. Farah was named the 1998 laureate of the Neu 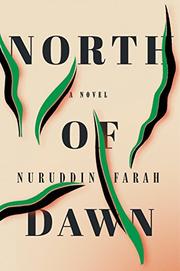 NORTH OF DAWN
by Nuruddin Farah
"As one of the characters puts it, 'Art is a humanizer,' and Farah's insistence on isolating the humanity in even the most difficult characters is a beacon of hope against fear and loathing."
A Somali husband and wife living in Norway are pitched into chaos, acrimony, and upheaval after their son embraces radical Islam and dies as a suicide bomber. Read full book review > 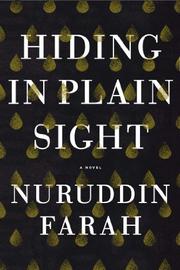 HIDING IN PLAIN SIGHT
by Nuruddin Farah
FICTION & LITERATURE
Released: Oct. 30, 2014
NAMED ONE OF THE BEST BOOKS OF 2014

HIDING IN PLAIN SIGHT
by Nuruddin Farah
"An unassuming triumph of straightforward, topical storytelling that both adds to and augments a body of work worthy of a Nobel Prize."
A domestic drama is a prism illuminating the often conflicting cultural and social temperaments of contemporary Africa. Read full book review > 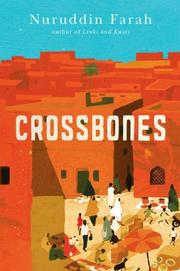 A seasoned war correspondent based in New York City, Malik knows a thing or two about global hot spots. But even with stints in the Congo and Afghanistan under his belt, nothing prepares him for the surreal experience of landing in Mogadiscio, home to human traffickers and pirates alike. Fortunately, he is not alone. His Somali-born father-in-law, Jeebleh, has accompanied him, hoping to smooth the younger man's way, and introduce him to some locals who will help him find sources for his stories, and keep him safe. Through Jeeblah he meets Bile, an ailing physician who, like Jeeblah, served time in jail as a political dissident. Bile lives with his much younger lover, Cambara, a situation that has not gone unnoticed by the ostensibly pious Union of Islamic Courts. Meanwhile, Malik's bother Ahl has flown to the autonomous Somali state of Puntland to track down his teenage stepson Taxliil, who ran away from his Minnesota home with some other boys to join the Shabaab group of Islamic fighters. Desperate to bring the kid home before he martyrs himself, Ahl pleads with Malik to interview a dangerous local kingpin in hopes of gleaning info on Taxliil's whereabouts. Risking his life, and those of the people around him, Malik discovers the symbiotic relationship between pirates and Islamic extremists, as well as the surprising origins of the piracy epidemic. Things get riskier still when U.S.-backed Ethiopian forces invade in an attempt to drive out the Islamist leadership. Harrowing without resorting to sensationalism, this highly topical final volume in Farah's Past Imperfect trilogy (Knots, 2007, etc.) should burnish his well-deserved reputation. It is dense, complex stuff, but his brave and imperfect characters are a pleasure to follow.

Gripping but utterly humane thriller set in one of the least-understood regions on earth. Read full book review > 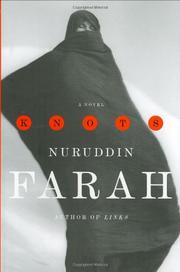 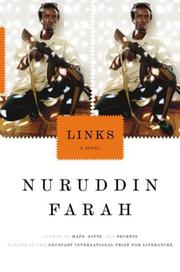 LINKS
by Nuruddin Farah
"A searing portrait of one of Africa's worst killing fields, by one of her most distinguished writers."
An exile returning to Mogadiscio discovers he must settle some old scores, in a masterful tale from Somalian expatriate Farah (Maps, 1999, etc.). Read full book review > 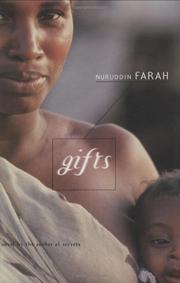 FICTION & LITERATURE
Released: Aug. 1, 1999
GIFTS
by Nuruddin Farah
FICTION & LITERATURE
Released: Aug. 1, 1999
GIFTS
by Nuruddin Farah
Gifts ($23.95; Aug.; 256 pp.; 1-55970-484-5). The second in the eminent Somalian writer's Blood in the Sun trilogy (see below), having first appeared in 1992, offers another sensitive dramatization of the survival of Somalia's embattled native populace. This comparatively episodic story's appealing center is Duniya, a widowed matriarch whose transformation from simple village girl to a confident woman (who masters even the unfamiliar skills of swimming and driving a car) nicely emblemizes her people's resilience and unpretentious courage. Duniya is a lovely character, and this is, on balance, the most immediately accessible panel of a very impressive work that (together with Farah's earlier trilogy, Variations on the Theme of an African Dictatorship) confirms the author's position among his continent's finest writers and, arguably, among the world's. Read full book review > 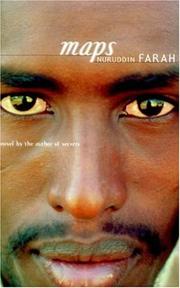 FICTION & LITERATURE
Released: Aug. 1, 1999
MAPS
by Nuruddin Farah
FICTION & LITERATURE
Released: Aug. 1, 1999
MAPS
by Nuruddin Farah
Maps ($23.95; Aug.; 272 pp.; 1-55970-485-3): Originally published in 1986, this is the first installment in Farah's abovementioned trilogy (its concluding volume, Secrets, appeared here alone in 1998). One senses autobiographical resonance in the story's concentration on Askar, a Somalian boy orphaned by his mother's death when she bore him and the loss of his father, a combat soldier serving in Somalia's (1977—78) war against Ethiopia. Askar's dilemma—whether to "belong" to his loving (Ethiopian) foster mother Misra or join the Somalian Liberation Front and emulate his father's selfless courage—is subtly explored in a tense narrative alive with local color that's both an affecting character study and a dramatic allegory of the confusions still plaguing a wounded and deeply conflicted society. One of the best novels out of Africa in some time. Read full book review > 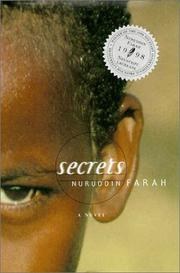 FICTION & LITERATURE
Released: May 1, 1998
SECRETS
by Nuruddin Farah
FICTION & LITERATURE
Released: May 1, 1998
SECRETS
by Nuruddin Farah
This intricate new novel, written in English by Somalian author Farah (Maps, 1987, etc.), was recently awarded the 1998 Neustadt International Prize for Literature. The setting is Mogadiscio on the eve of Somalia's civil war, though the story begins a quarter century earlier in the village where its protagonist, Kalaman, enjoys a childhood blessed by the wisdom of his nurturing grandfather ("Nonno") and the precocious sexual attentions of an older girl, Sholoongo, who is, at various times, his companion, mentor, and tormentor. Then the narrative shifts to the approximate present day. Kalaman, now 33, owns his own computer company, but seems reluctant to marry his girlfriend and father a child, to the frustration of his importunate widowed mother, Damac. When Sholoongo returns home from America (where she became famous as a "shape-shifter" and practitioner of magic), expecting Kalaman to give her a child, the consequent tensions unearth buried "secrets" the several characters have long labored to conceal (which are disclosed in later chapters narrated, in turn, by Nonno, Damac, and Sholoongo). The novel is amazingly densely written; its principals' actions, thoughts, and emotions are rendered with superb clarity and thoroughness in an enthralling psychodrama that, obedient to Nonno's dictum that "it is in the nature of knots to come undone, and . . . of buried things to be dug up by Time," reveals the connections drawing together a tale of a vengeful elephant stalking a man, a stolen birth certificate, a "secret marriage," and other shadowy matters—bringing painfully home to Kalaman the inextricable entwining of the personal and the political (. . . because all of us are holding our trump cards close to our chests, we can never know how best to serve this nation—). Haunting scraps of tribal wisdom, animal fables, riddles, and parables blend seamlessly with the author's incisive analytical prose: a novel that's a genuine—and genuinely disturbing—mystery. Read full book review >