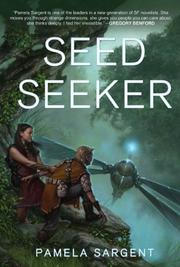 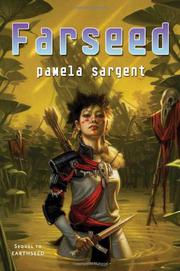 ADVENTURE
Released: April 1, 2007
FARSEED
by Pamela Sargent
ADVENTURE
Released: April 1, 2007
FARSEED
by Pamela Sargent
In Earthseed (1983), Sargent told the story of Ship, sent into space with a mission to find new worlds for humanity to populate and regenerate in lieu of extinction on a dying planet. Ship found such a planet, and the colonists called it Home. This sequel takes place almost 20 years later. The colonists have divided into separate, disparate and untrusting groups: those who endeavor to replicate the lives lost on Earth, and those who have abandoned "civilization" to revert to the natural environment. Nuy, the 16-year-old daughter of Ho, leader of the breakaway faction, knows that her father has slowly sunken into madness. His hatred and fear of the original colonists has spread terror and malignancy through his few surviving followers. When Nuy stumbles across travelers from the original settlement trekking toward her village, she struggles with conflicting emotions: fear of the death her father says these travelers will bring, and hope that there is a better life out there somewhere. This bleak story has an interesting premise, but can be plodding in its development; intriguing plot lines are hinted at, but neither explored nor clarified. It most clearly resembles life itself: a murky, unresolved struggle for survival. (Science fiction. YA)Read full book review > 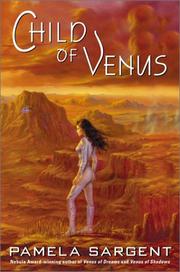 SCIENCE FICTION & FANTASY
Released: May 1, 2001
CHILD OF VENUS
by Pamela Sargent
SCIENCE FICTION & FANTASY
Released: May 1, 2001
CHILD OF VENUS
by Pamela Sargent
"Like the previous installments, if anybody remembers that far back: all talk, no passion, with an anonymous planetscape and characters largely free of personality."
Belatedly wrapping up the trilogy (Venus of Shadows, 1988, etc.) about the terraforming of Venus, with some of the previous characters making minor reappearances. After the disastrous Resource Wars, Earth is ruled by the Mukhtars; Habbers with their advanced technology occupy numerous space habitats; the Mukhtars, aided by the Habbers, have embarked on an ambitious project to render Venus habitable, increasing the planet's rotation, decreasing insulation, reducing the crushing, suffocating atmospheric pressure, and bringing in hydrogen to make water—though Sargent's scientific details make little sense. Mahala Liangharad's parents, involved in unpleasant goings-on, died before she was conceived, artificially gestated, and raised by her grandmother Risa. A promising student, Mahala attends advanced schools on a flying island. Too soon, though, all the students are sent home and the advanced schools are closed; amid big confabs between Habbers and Mukhtars, it emerges that the Habbers have detected an alien beacon more than 500 light-years distant. They're organizing an expedition to send a habitat off at near light-speed to investigate. If Mahala signs up, she's aware that if and when she returns, everybody she knows will be more than a thousand years dead. Read full book review > 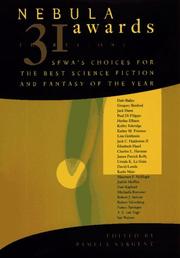 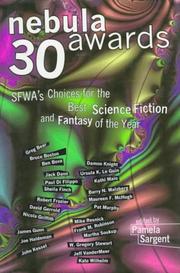 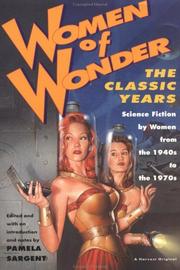 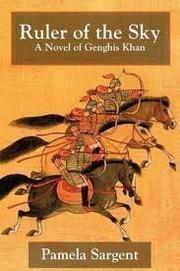 FICTION & LITERATURE
Released: Jan. 1, 1993
RULER OF THE SKY: THE SAGA OF GENGHIS KHAN
by Pamela Sargent
FICTION & LITERATURE
Released: Jan. 1, 1993
RULER OF THE SKY: THE SAGA OF GENGHIS KHAN
by Pamela Sargent
Sargent (science fiction: Shore of Women; Venus of Shadows; espionage: Black Valentine) now turns her hand to the epic of Genghis Khan—as experienced by some of the innumerable women in the Khan's life. Yesugei, a Mongolian tribal chief, abducts Hoelun during her wedding journey, and together they engender Temujin, the military genius who will become Genghis Khan. Several years later, Yesugei dies, leaving Hoelun and her young family unprotected. Defenseless, they're expelled from the tribe, and Temujin is enslaved by yet another Mongolian tribe. Khadagan, a smart girl, helps him escape, however, and—many pages later—Temujin marries wife #1, Bortai, who provides him with the first of his warriors and who is later stolen from him as Hoelun was stolen from her first husband. Chilgar will father Bortai's first son, Jochi, whom Temujin accepts as his own when he steals Bortai back. Then, as a wealthy and successful warlord, Temujin begins a trajectory of marriages almost impossible to synopsize. They don't seem to influence the Khan's actions either in private or in public—as abductions, family and tribal hatreds, drunken orgies, marriages, and raids repeat like phrases on a scratched record, all sounding alike. The internecine rivalries defy comprehension, the battles are dull, and the sex scenes fall limp throughout 700 pages of repetitious, plodding prose. Read full book review >