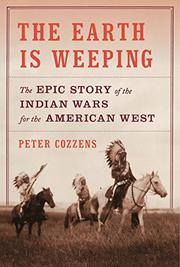 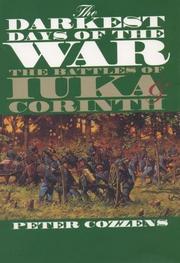 HISTORY
Released: April 28, 1997
THE DARKEST DAYS OF THE WAR: THE BATTLES OF IUKA AND CORINTH
by Peter Cozzens
HISTORY
Released: April 28, 1997
THE DARKEST DAYS OF THE WAR: THE BATTLES OF IUKA AND CORINTH
by Peter Cozzens
An illuminating account of an 1862 Confederate campaign in northern Mississippi, whose importance may only be matched by the obscurity into which it has fallen and the grand mistakes made by its planners. Cozzens (No Better Place to Die: The Battle of Stones River, not reviewed) focuses on the contentious relationships among commanders in one corner of the western theater of operations. To protect Braxton Bragg's flank during his Kentucky invasion, Jefferson Davis combined the forces of Sterling Price, whom Davis suspected of disloyalty, and Earl Van Dorn, a vainglorious womanizer, under the leadership of the latter. Davis did not know, however, that Van Dorn had his own agenda: to seize Corinth, the junction of two key railroad systems, and then march for St. Louis. In the way stood Ulysses Grant. The blue and gray forces clashed first at Iuka on Sept. 19, which Cozzens calls a textbook example of an ``engagement gone tragically awry.'' Grant, too far removed to communicate effectively with subordinate Gen. William Rosecrans, lost the opportunity to trap Price. Then, two weeks later, Van Dorn launched an assault with few equals for ineptitude: He conducted no reconnaissance, threw troops exhausted from marching immediately into battle against a well-entrenched foe, failed to achieve surprise, and underestimated West Point classmate Rosecrans. At the resulting battle of Corinth, the Confederates attacked in 100- degree heat for two days, without food, with little water. When the smoke cleared, one-tenth of the Federals had fallen, but Confederate losses were an even more staggering one-third. The campaign gave the Union the major communications and supply center east of the Mississippi, and cleared the way for Grant's Vicksburg campaign. An excellent case study of how army politics, miscommunication, and missed chances could decisively influence a campaign. Read full book review >