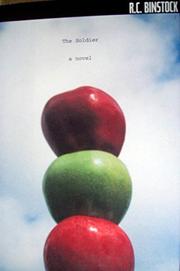 Released: May 16, 1996
THE SOLDIER
by R.C. Binstock
Released: May 16, 1996
THE SOLDIER
by R.C. Binstock
Second-novelist Binstock follows the elegant Trees of Heaven (1995) with a disheveled exploration of weighty matters: familial attachment and loss, and the complex architecture of a writer's inner world. Phillip, a talented but lonely 46-year-old novelist, has agreed to allow his 23-year-old cousin Jennie—on the rebound from an abusive relationship—to come stay in his quiet New Hampshire home. The kind of writer who stores his manuscript-in-progress in a safe deposit box, Phillip has analyzed the fragile magic that results in finished pages, and he's sent past lovers away out of deference to his work. So he watches himself in dismay as he takes increasing pleasure in his attractive cousin's company and her admiration. As the sexual tension builds, other characters' stories intervene: There's Jane, a local apple-grower who loved Phillip and still mourns the end of their relationship. There's the ghost of Bertha, the previous owner of Phillip's house, who hovers about, spying. And there's Sutherland, a character in Phillip's novel, a soldier of pained sensibilities, suffering as his tattered company fights the Civil War. After much mutual circling, Jennie proposes sex and the cousins find bliss in each other's beds. But troubles loom: Phillip's moodiness emerges, Jane contacts Jennie, and Jennie's violent ex arrives still in the throes of obsession. While these matters develop, there's much to admire here: Binstock's prose is spare and graceful, and he skillfully weaves multiple perspectives into something resembling a cohesive whole. Phillip is complex and always interesting as he self-consciously attempts to keep hold of a vocation that defies conscious control and a present shaped by past losses. Jennie, however, is a flat and platitude- spouting character; the result is that the central love story lacks ballast. Still, between Binstock's stylistic virtuosity and the ample psychological insights lodged in Phillip's story—and in those of many of the marginal characters—there are substantial rewards in this ambitious if flawed novel. Read full book review > 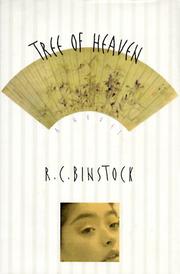 FICTION & LITERATURE
Released: Aug. 15, 1995
TREE OF HEAVEN
by R.C. Binstock
FICTION & LITERATURE
Released: Aug. 15, 1995
TREE OF HEAVEN
by R.C. Binstock
A haunting captor/prisoner love story set during the Japanese occupation of China, by the author of the story collection The Light of Home (1992). The year is 1938. Captain Kuroda is a reluctant and unskilled Japanese officer, a botanist by training, tormented by memories of the Nanking massacre: the squeals of children being killed, the smell of burning flesh, the dismembered bodies, the sight of a pregnant woman bayoneted in the abdomen, the ``constant rape.'' His army has moved on, leaving him the commander of a small garrison in the rolling hills of east-central China. When he comes upon his soldiers raping a filthy and starving woman, he intervenes for reasons he doesn't fully understand, and takes her under his protection. The daughter of a doctor, Li speaks Japanese; glad of the warmth of his quarters, she cooks for him but avoids his questions. Slowly, though, communication begins: He shows her a bamboo grove and talks about plants; she suggests that she should be his mistress. Isolated from his peers, Kuroda is renewed by this woman who seems to enjoy making love to him; she responds to how much he needs her and senses in him a trustworthiness in a world bereft of trust. As the lovers each realize the impossibility of a future, their attachment intensifies. Stabbed and dying, Kuroda tells of the horrors he's witnessed; Li holds him in her arms: ``I said he could forget it now, that I would remember.'' Using spare, unadorned prose, Binstock manages evocatively to juxtapose the occupying army's totalitarian cosmos, predicated on murder, rape, and the absolute lack of safety, with the tender realm temporarily created by these two damaged but deep-feeling lovers. A first novel unrelenting in its rendition of wartime cruelty, but tempered with a bracing reminder that deep human feelings can and will sprout from scorched earth. Read full book review > 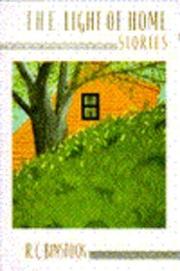 FICTION & LITERATURE
Released: May 1, 1992
THE LIGHT OF HOME: STORIES
by R.C. Binstock
FICTION & LITERATURE
Released: May 1, 1992
THE LIGHT OF HOME: STORIES
by R.C. Binstock
A first collection of 17 stories that's very much a first collection: some top-drawer touching stories, told from both male and female perspectives, and some cluttered or sparse pieces—all mostly about loneliness and the distance between people. Mood is a priority here. In ``A Circular Shore,'' for instance, a narrator describes Rachel, five, deserted by her mother, in delicate pastel colors and finishes with an Ann Beattie- like summarizing image: ``We both move, weightless, in very small circles, like tandem moons around a star.'' Sometimes such a straining after emotional resonance comes off; at other times, it feels precious. Often, the difference depends upon the significance of the story's occasion: In ``To Be At Home,'' Binstock is moving because she manages to bring together a divorced couple on the occasion of the death of the ex-husband's mother. The man and woman must thus deal with their own feelings and also minister to the ex- husband's father in a situation where ``the world had changed overnight.'' In ``Birdland,'' a narrator alone in his wife's hometown visits a woman too much alone who was once, briefly, his wife's lover, and the possibility of a one-night stand with her forces him to define the limits of his life. But others, like ``Cheaters and Liars, Robbers and Fools,'' are too slight; the latter sketches a portrait of a divorced woman who ``feels that a shimmering curtain, rolled up to the sky, is about to descend....'' ``Willie,'' much too long, is about a narrator on a new job as a technical writer who is intrigued with Willie: office politics and slice-of-life stretch out for pages without illuminating anything. But ``Hall of Fame,'' a memoir about a father centered on baseball, retrieves meaning from a chaos of instances. Binstock has a deft touch at best—but is too interested in withholding vital information for the sake of a minimalist aesthetic. Read full book review >