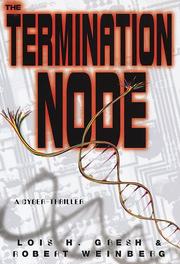 MYSTERY THRILLER
Released: Jan. 1, 1999
THE TERMINATION NODE
by Lois H. Gresh, Robert Weinberg
MYSTERY THRILLER
Released: Jan. 1, 1999
THE TERMINATION NODE
by Lois H. Gresh, Robert Weinberg
Storywriter Gresh, a computer-security specialist, teams up with science-fiction author Weinberg (Lovecraft's Legacy, 1990, etc.) for a cautionary tale of computer hackers who are saving the next century from greedy, homicidal suits. Who's killing the great hackers of California? Could it have anything to do with the massive hack-attack that vaporized the deposits in a So-Cal bank? Superhacker Judy Carmody, a roller- blading, highly paid consultant for an Internet security company, isn—t given much time to ponder it. After coming off an all-nighter at her keyboard, she discovers that a major client, Laguna Bank, has been cleaned out in nanoseconds by an unknown cyber-thief. Hoping to get some much-needed rest under the sun, she narrowly escapes murder when two well-dressed gunmen kill her surfer-bum condo neighbor—and blame the crime on her. Judy takes off with her laptop and hacks herself into the perps— rental car. Then, as the notorious TerMight (her hacker alter-ego screen name), she jumps into VileSpawn, an underground hacker network of hirsute misfits and suburban shut-ins who are both clueless and concerned—after all, they also had their money in the bank. Meanwhile, in a swank and spotless carriage house on the edge of the California desert, Calvin, a dweebish hacker genius barely out of high school, believes the suavely tailored Robert Ingersoll and his lethal henchmen are government agents merely using Calvin's data-swiping skills to test the Internet security systems. Fortunately, Cal and TerMight meet cute in cyberspace, discover their mutual enemy, and use their cyber-skills to spin webs around the bad guys. For authors Gresh and Weinberg, the hacker world is an abstract, jargon-filled costume ball that will continue to be exploited by well-dressed computer illiterates until the hackers learn who's naughty and who's nice. Well-worn, breathless Net-scapade of feisty, socially challenged computer adepts. (Author tour) Read full book review > 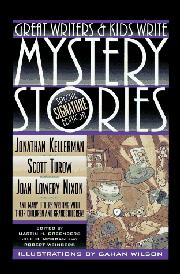