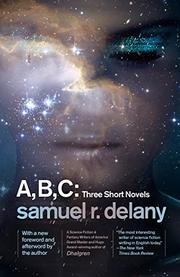 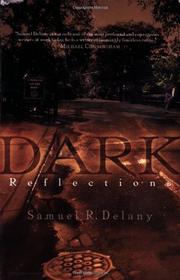 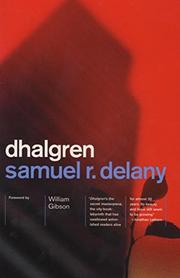 FICTION & LITERATURE
Released: May 15, 2001
DHALGREN
by Samuel R. Delany
FICTION & LITERATURE
Released: May 15, 2001
DHALGREN
by Samuel R. Delany
The prolific Delany enjoys two audiences: the hard-core SF crowd and admirers of his more literary efforts, such as this humongous novel first published in 1975 as a mass market paperback, reprinted in cloth in 1977, then again by an academic press in 1996. Through all these lives, it's sold well—more than a million copies, supposedly—despite the demands it makes on readers, especially those expecting the more conventional SF that Delany published until Dhalgren's appearance. A futuristic, postapocalyptic narrative, Delany's circular and heavily allusive fiction surveys the American "autumnal" city of Bellona, where some sort of disaster has taken place, altering not just the social structure but the nature of the space-time continuum. An anarchist community evolves, prominently featuring Delany's protagonist, "the Kid," a pansexual gang leader and poet. Fellow hypermodernist William Gibson provides an introduction (written for the 1996 edition) in which he admits he "never understood" the book, that it's a riddle not meant to be solved. Yet he admires the "sustained conceptual daring," probably more suited to today's audience, with its taste for transgressive ideas about sex, race, and gender. Ultimately, a study in identity and illusion, Delany's huge and difficult novel will interest admirers of Ballard, Pynchon, and the like, though one suspects there's many an unread copy of the original mass market edition floating around. Read full book review > 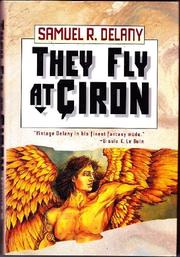 FICTION & LITERATURE
Released: Jan. 1, 1995
THEY FLY AT ÄIRON
by Samuel R. Delany
FICTION & LITERATURE
Released: Jan. 1, 1995
THEY FLY AT ÄIRON
by Samuel R. Delany
This book has an odd genesis: The main section first appeared in much shorter form in 1971 as a collaboration between Delany (The Bridge of Lost Desire, 1987, etc.) and James Sallis. It was then rewritten and expanded by Delany in 1992; two related short stories round out the volume. In the far future, an army of the expansionist empire of Myetra, led by the cruel, bloodthirsty Prince Nactor and his thoughtful, civilized lieutenant, Kire, attacks the peaceful village of Äiron. Utterly bewildered, the villagers are routed—but then form an alliance with the Winged Ones, flying humanoids from the high mountain village of Hi-Vator. During the occupation, Prince Nactor condemns Kire to death for refusing to beat and rape singer Naa, and he appoints the stalwart Äironian Rahm as Kire's executioner. But Rahm kills Nactor instead, which touches off a bloody rebellion in which Kire, the Äironians, and the Winged Ones swiftly defeat the Myetrans. A slender fable, without new perspectives on the intractable problem of how nonviolent societies might defend themselves against ruthless aggressors. Read full book review >