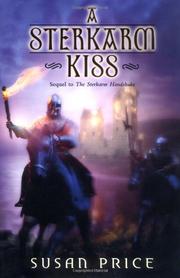 FICTION
Released: Oct. 1, 2004
A STERKARM KISS
by Susan Price
FICTION
Released: Oct. 1, 2004
A STERKARM KISS
by Susan Price
Andrea Mitchell has found contentment, if not joy, in the 21st century, her sojourn in the 16th century just memories of intense joy and terror (The Sterkarm Handshake, 2000). But when both her 16th-century lover Per and 21st-century corporate nemesis Windsor reappear, she seizes the opportunity to go back in time and try again. It seems, though, that this Per is not her Per; that Windsor has given up on her 16th century and decided to exploit a slightly different 16th century a few dimensions removed. Back Andrea goes through the Time Tube, only to discover that this new Per is about to marry the daughter of the Sterkarms' arch-enemies, in what turns out to be the tip of a very large and Windsor-engineered iceberg. Price serves up a darker offering than before, full of blood and anguish, as a brutal cycle of revenge is triggered, and Andrea realizes that however closely these Sterkarms resemble her own beloved friends, these are entirely different people shaped by their own circumstances. The cliffhanger ending promises a sequel—but one that cannot come quickly enough. (Fiction. YA)Read full book review > 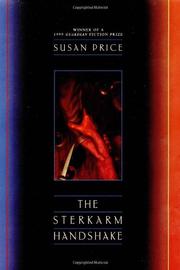 FICTION
Released: Oct. 31, 2000
THE STERKARM HANDSHAKE
by Susan Price
FICTION
Released: Oct. 31, 2000
THE STERKARM HANDSHAKE
by Susan Price
This American edition of a prize-winning English novel combines convincing historical detail, smart, engaging storytelling, and a simple science-fiction premise to produce an exciting, highly readable, and morally complex tale. Andrea, an English anthropologist of the near future, has been hired by FUP, a powerful international corporation, to study and live among the residents of the lawless 16th-century borderlands between England and Scotland. Having established a time-tube between the periods, FUP intends to exploit the natural resources of the past, and Bryce, the executive in charge, expects Andrea to provide him information to help manipulate the locally powerful Sterkarm family. Far heftier than is fashionable in the 21st-century, Andrea is the height of beauty in the 16th, and becomes the lover and intended bride of Per, son of Toorkild, the leader of the Sterkarms. While charmed by the warmth, wit, and loyalty of the Sterkarms, Andrea is appalled by the brutality and squalor of a life without medicine, plagued by disease and constant deadly battles. When Bryce, a cartoonishly evil bad guy among otherwise multifaceted portraits (he even taunts Andrea about her weight), who interprets the Sterkarms lack of modern polish as stupidity, decides to ignore Andrea's council and use force and deception to control them, Andrea finds herself torn between her feelings for her adopted people and her loyalties to her own time. Along with romance, adventure, and the wonderfully rendered picture of life in the 16th century—you can smell and hear it as well as see it—adults and more sophisticated teens will appreciate the ambiguities of cultural values in conflict. (Fiction. 12+)Read full book review > 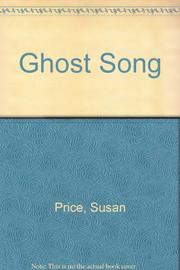 FANTASY
Released: Sept. 30, 1992
GHOST SONG
by Susan Price
FANTASY
Released: Sept. 30, 1992
GHOST SONG
by Susan Price
Do you remember, asks the narrator-cat here, winding its golden chain around the tree, how the jealous shaman Kuzma killed the witch Chingis, and in the end spent his days as a hammer, pounding an anvil? That was another tale (Ghost Drum, 1987). Here, Kuzma (with ``Loki's heart in his breast'') claims as his apprentice Ambrosi, born ``sable, snow and blood,'' as his trapper father, Malyuta (slave to the czar), wished. But though Kuzma woos him in dreams and his extraordinary storytelling gift marks him as a born shaman, Ambrosi refuses to answer Kuzma's call. Meanwhile, Kuzma curses a tribe of the reindeer people (Lapps), transforming them into wolves who kill Malyuta, thus luring Ambrosi into the Ghost World to release Malyuta's spirit and break the spell on the few surviving Lapps. Still, Ambrosi refuses to be Kuzma's apprentice, choosing instead to remain in the Ghost World. Price's language retains the power and poetry of the earlier story, which won a Carnegie. But if Ghost Drum was a mosaic of jagged passions picked out in gold and vivid color, this is a starkly mythic tale in midnight black, icy white, and blood-red. Powerful, amoral, and capricious, Kuzma is thwarted by Ambrosi's native integrity and his love for his father, but there's little hint here of redemption. A dark, enigmatic tale, product of a powerful imagination. (Fiction. 12+) Read full book review >